Curious why every exercise is not trainer approved? Our friends at Shape have the answers! 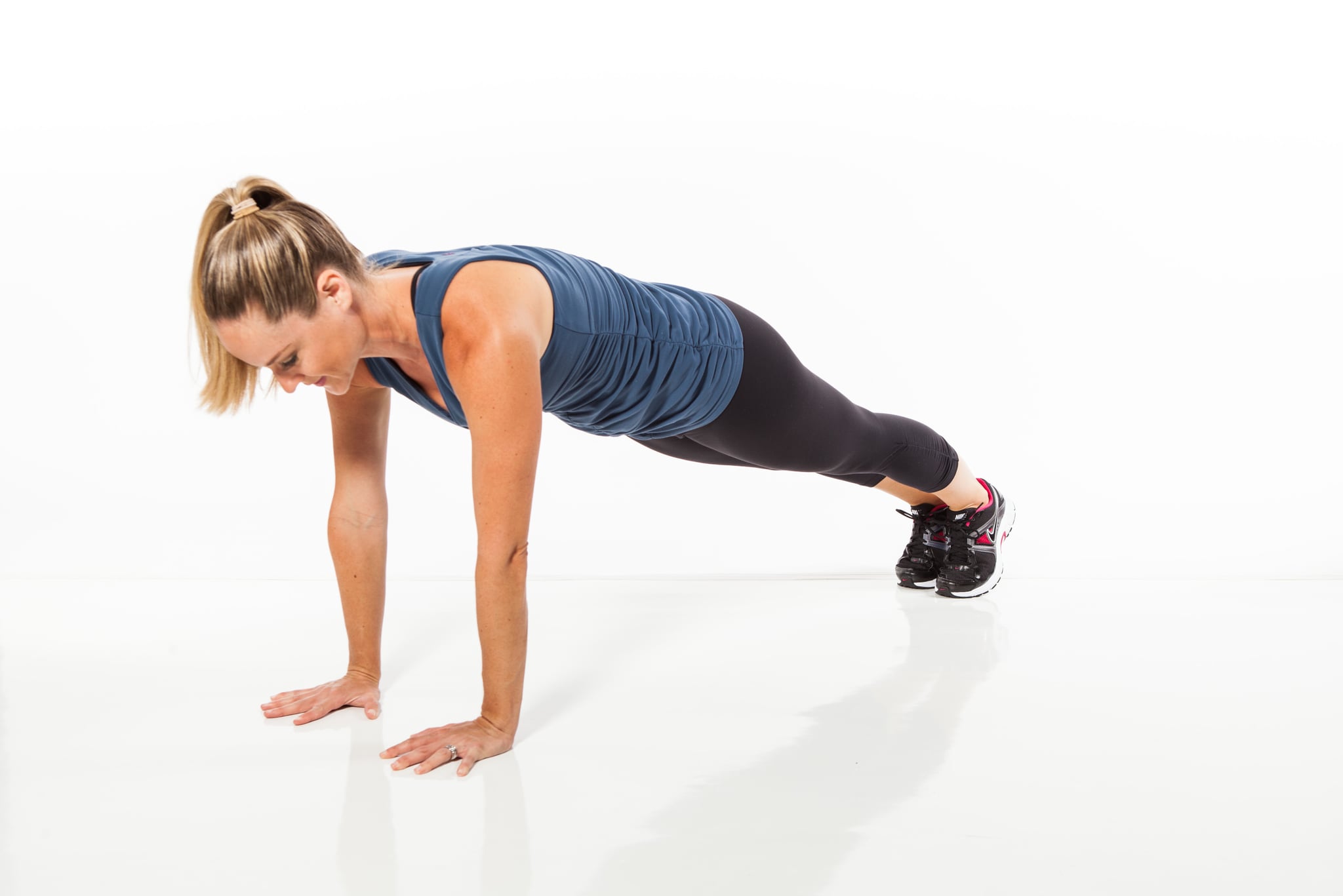 Often performed in bootcamp classes and DVD workouts, plyometric push-up jacks — which involve jumping in and out from plank position to a wide push-up — are certainly challenging. They blend cardio, strength, and explosive power — but they also require impeccable stability from the shoulders to the hips, as well as a braced core and neutral spine the entire time, says Stephanie Thielen, a fitness educator and master trainer based in Omaha, NE. "Anything less than proper form — such as sagging the hips toward the floor, collapsing through the shoulder blades, dropping the head, or limiting the range of motion while performing the push-up — can increase the risk for injury in the low back or shoulder joint," she says.

Upgrade to: the non-impact step-out push-up (shown above), which gives you a greater opportunity to focus on form while still providing a serious core challenge.

How-to: begin in plank position with hands and feet together. With core engaged and spine neutral, step right arm and right leg out wide to perform a push-up, angling elbows toward the torso to promote better shoulder mechanics. Slowly press back up to the start position. Repeat on the opposite side. Do eight to 10 reps total.

See the rest of the story — and eight more moves that trainers hate! — by heading over to Shape.