There are some gory and distasteful Halloween costumes out there, but this one of "Anna Rexia" is absolutely offensive. 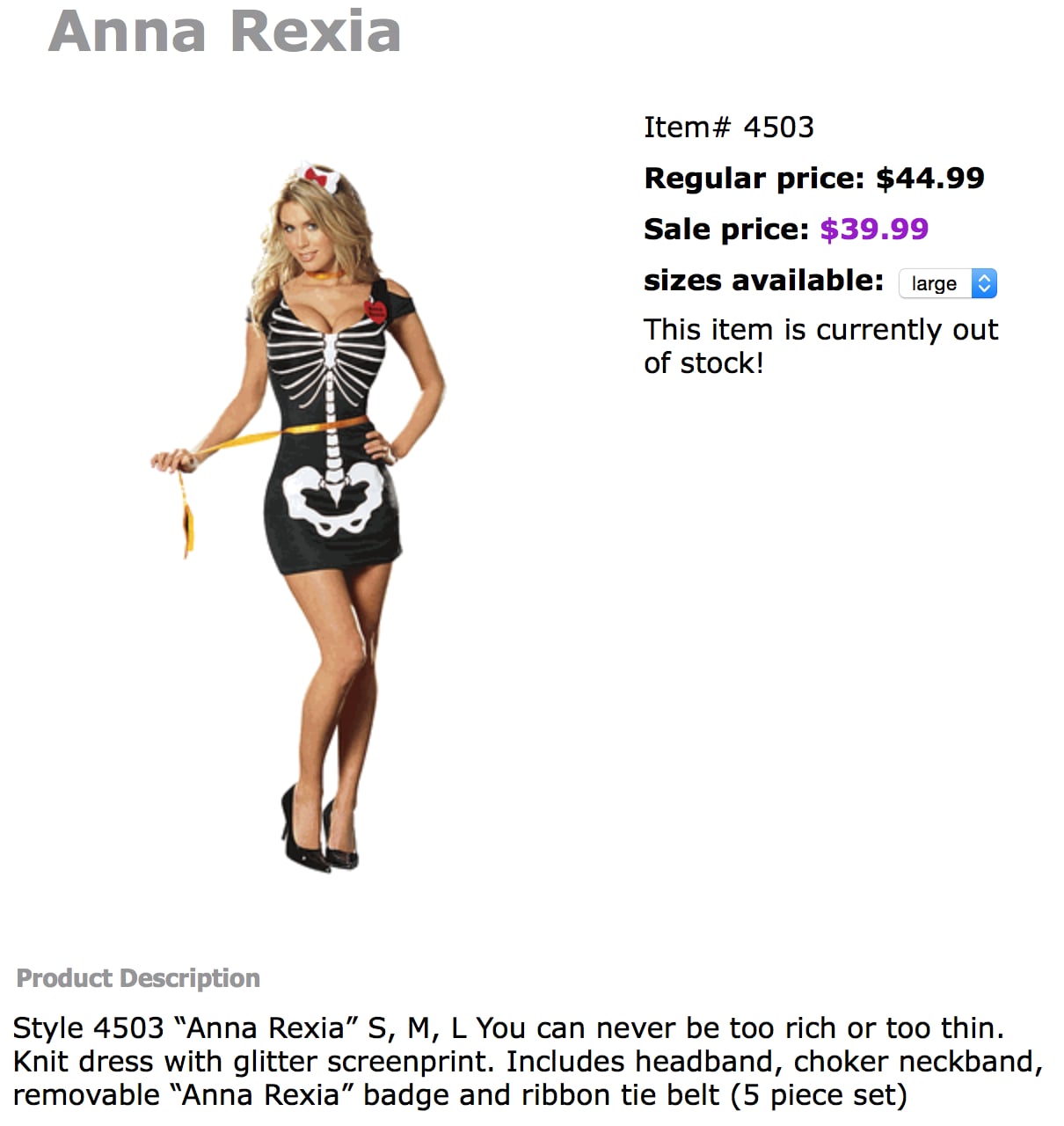 Making a joke about this devastating eating disorder is completely insensitive, and two years ago, Jessi Davin, a 26-year-old woman from Florida, wrote a powerful response. Diagnosed with anorexia at age 19, she battled with it for four years. In her blog post, she posted photos of herself in the hospital with the caption, "Real sexy, huh? This is "Anna Rexia's" real monstrous face."

She also wrote, "Wanna dress up like an Anorexic? All it takes is:

She wants people to know that she almost died from this mental illness, and it shouldn't be marketed as a sexy costume. Jessi concluded the post with, "Want to dress as "Anna Rexia"? Just go as a Vampire, or a Zombie. Because 1/3 of us are dead."

It's difficult to fully recover from anorexia, even with treatment, you can fall back into old habits. Jessi was recently married and is happily 27 weeks pregnant with a baby girl. Yay! Unfortunately, she's back in treatment and staying in the hospital due to her high-risk pregnancy, doing everything she can for her daughter's well-being.

@RingsideNews Severe morning sickness caused me to relapse into my anorexia. But I'm fighting hard for me & baby! pic.twitter.com/BvpCS0js0i

Jessi told BuzzFeed, "If my post helps spread awareness for anorexia and other eating disorders and helps those who don't understand maybe comprehend just a little bit more, then I've accomplished what I set out to do."

In the Hospital, but Baby Scarlett and I are still all ready for the game! 27 weeks! GO BUCKS! #OhioState #GoBucks pic.twitter.com/saPA6rKc8T

Healthy Living
I'm a Psychologist, and Here Are 5 Things I Often Think During Therapy
by Nehjla Mashal, PhD 3 days ago