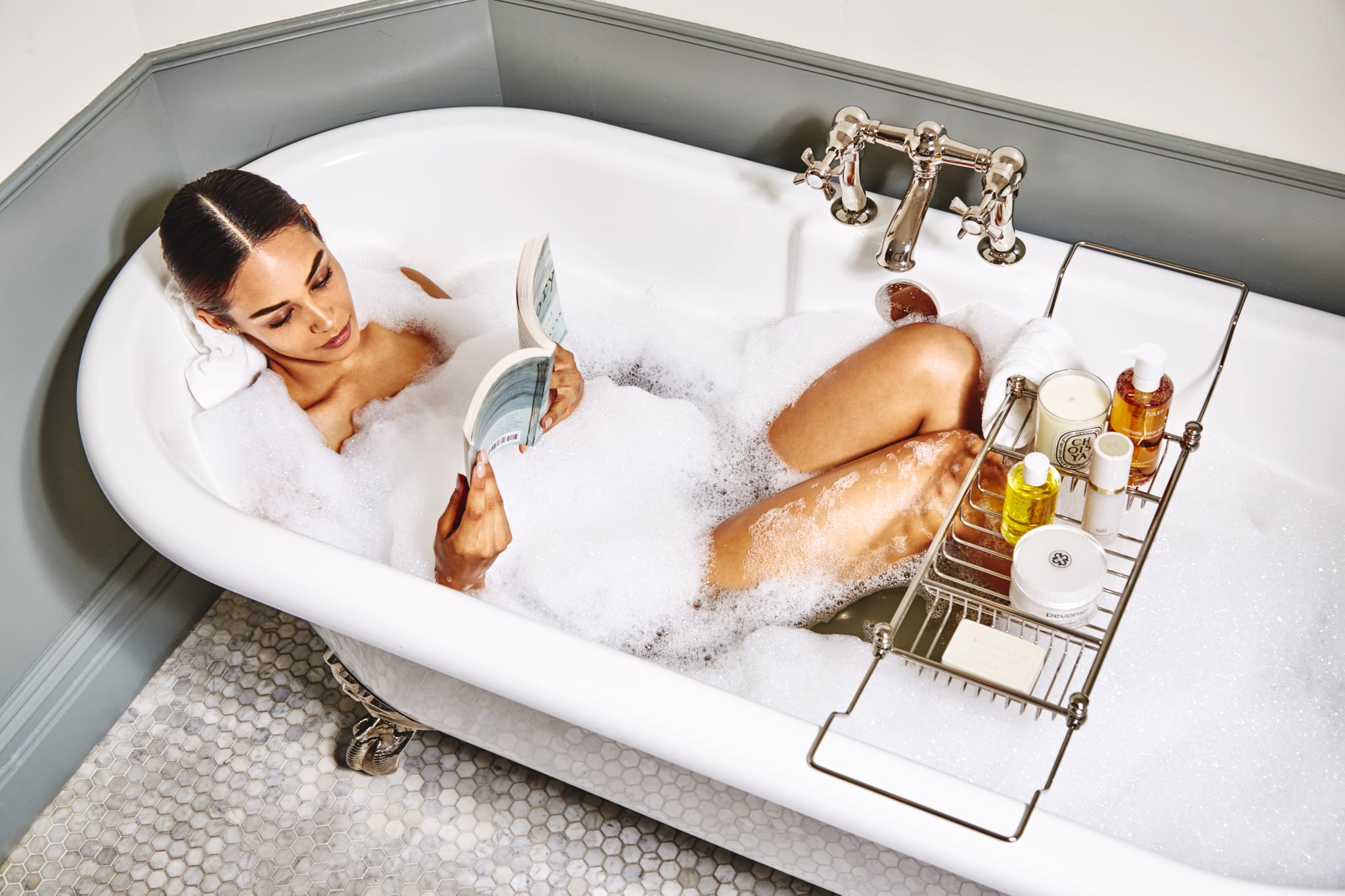 When you hear the term "self-care," what comes to mind? Perhaps it's the image of someone settling into a steamy bubble bath while wearing a face mask and sipping on a glass of wine. I'll be the first to admit that exact scenario is part of my ideal routine when I'm in need of a mental breather, but one woman has officially changed the way I look at the phrase "self-care" for good.

Michigan-based author Jenny Trout recently shared a series of tweets to address the rarely discussed flip side of self-care, and her eye-opening words should be required reading for pretty much the entire internet. Jenny began her short but impactful Twitter thread by explaining how some "mentally-well people" these days are conditioned to think depression is an issue that one "can just wash off in a bubble bath," thanks to the throngs of articles that suggest a sudsy soak as a remedy to mental health problems. The author was quick to counter that claim by detailing how there are different levels to self-care and offering up an honest look at what it actually looks like to a "mentally ill person."

A few short years of twee self-care tips has convinced mentally-well people everywhere that depression is something you can just wash off in a bubble bath.

Tip: if a mentally ill person is talking about self-care, they probably mean brushing their teeth or making a sandwich. In my experience and from the stories of others, self-care is rarely a candlelit bubble bath with luxurious pampering.

Jenny quickly followed up to clarify that there's nothing wrong with bubble baths, per se, as they do help ease the mind. What is wrong, however, is when "people who aren't mentally ill" claim that settling into a bathtub filled with warm soap suds is the cure-all for mental health problems, she wrote, adding that the current perception of self-care as a "sumptuous, Instagram-worthy moment of beautifully staged decadence" is way off for most people who struggle with mental health issues.

(I want to add this to this tweet thread: if YOU personally are mentally ill and bubble baths help YOU, I'm not saying that YOU are doing it wrong. My complaint is that people who aren't mentally ill believe "take a bubble bath!" is the cure for mental illness.)

(Part of the problem is that a lot of us who are mentally ill do not have the energy or the voice to write seventy thinkpieces a week about yoga and bubblebaths that "allies" do.)

(If a bubblebath is your mental health self-care, there's nothing wrong with that and I've yet to say that there is. My issue is with the perception that self-care is always some sumptuous, instagram-worthy moment of beautifully staged decadence.)

Shortly after Jenny shared her thoughts on Twitter, a handful of users responded with their thoughts, some of whom chimed in with their own personal definitions of self-care.

Yep! Self-care usually involves discipline and structuring your day in a way that it is manageable. It can be treating yourself nicely, but that is secondary.

I managed to clean my room. It took a week between crying, sleeping, and just staring at the ceiling. Despite that, I still think it's a win.

truth. my new year's resolution this year was to brush my teeth 2x a day everyday no matter what & I did so well for like 4 months I'm really proud

I love this thread. I really hope there's no one out there who FINALLY manages to get dressed in the morning and feels like they're doing it wrong because where are the bath bombs and outdoor jazz

Healthy Living
This Vegan Chef Singing About Pizzadillas and Churros Makes Me Want to Get in the Kitchen!
by Jenny Sugar 1 day ago

Product Reviews
I Finally Found a Weighted Blanket That's Cozy, Relaxing, and Even Stylish
by Krista Jones 1 day ago

Healthy Living
If Your Mind Won't Shut Off at Night, This New Sleep App Will Help You Relax and Sleep Better
by Tamara Pridgett 2 days ago