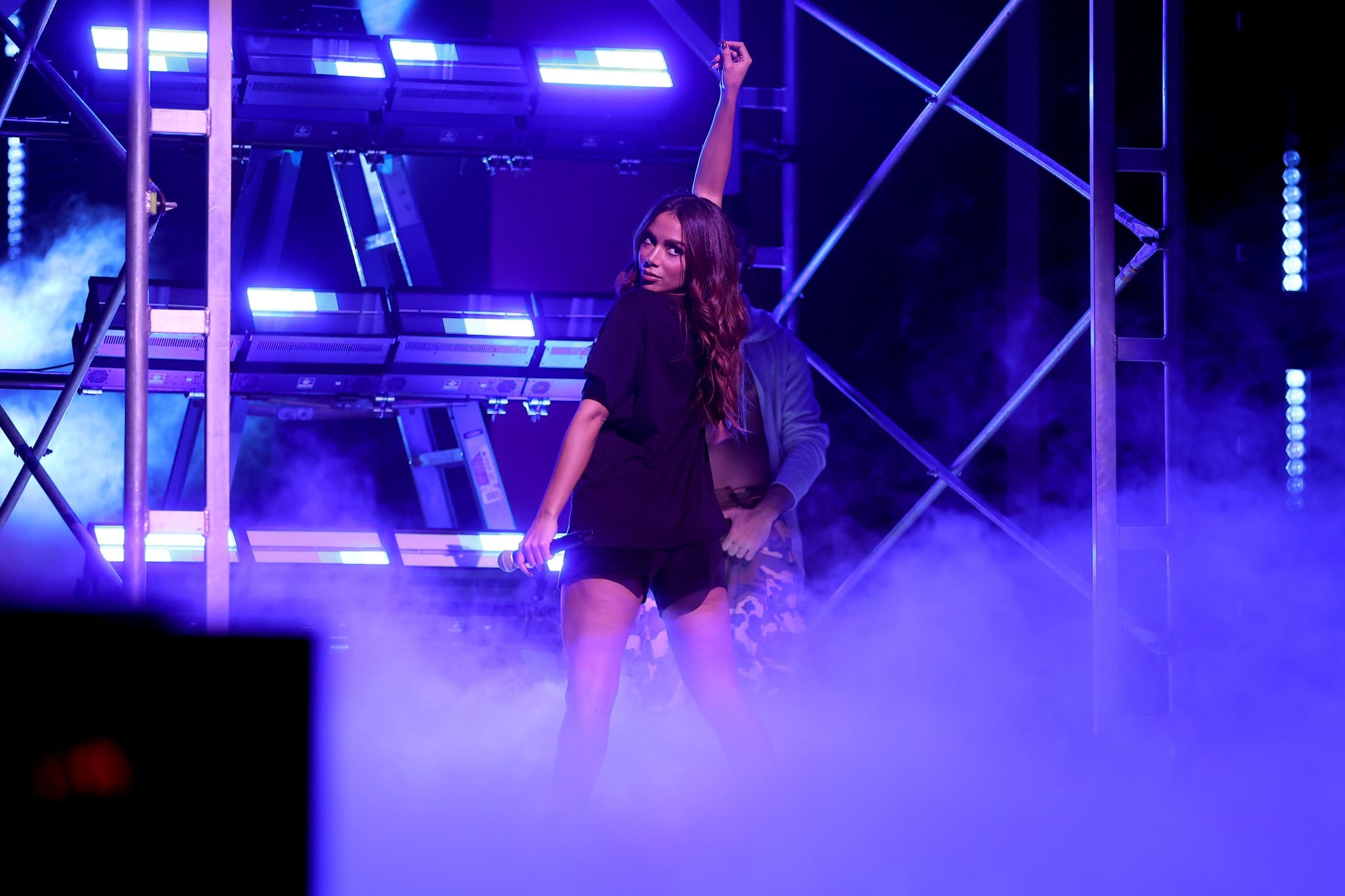 In the day and age of the TikTok dance, it's easy to be wowed and intimidated by most of the choreography that pops up on your feed. The latest viral challenge, though, looks so difficult and so H.O.T. that you won't be able to resist giving it a try (or at least watching a million videos of people attempting it).

Just take a peek at the #EnvolverChallenge, and you'll understand.

The dance arose from the song "Envolver" by Brazilian singer Anitta, who recently became the first Latin woman to reach No. 1 on Spotify's global chart as a solo artist thanks to this song. Unlike other TikTok dances that are created by users themselves, this dance move (which is also being shared as the #AnittaChallenge) came straight from Anitta's performances. And it's a challenge: the move involves bending over, making your way out to a plank, and essentially doing a slow-mo push-up and holding the bottom of that position while gyrating your hips.

Plenty of people on TikTok and Instagram have given it a try, but admittedly, it does not look easy. This move requires a ton of upper-body and core strength to hold yourself at the bottom of a push-up. Plus, you'll need an incredible mind-body connection to hold that position while moving your hips in the correct way (or, for people who already know how to dance, that's probably the easy part). It's half twerk, half killer upper-body exercise.

"This move is working all of the muscles that you would typically work while doing a plank: core, lats, chest, and quads," says Sadie Kurzban, founder and CEO of dance fitness studio 305 Fitness. "There's a bit of extra challenge on your core because as your pelvis moves, your core continues to stabilize you in this position. Be careful to take it easy and work your core muscles so as not to [strain] your back."

So how do you master the #EnvolverChallenge? Start by practicing your hip rotation (gyrating) in a standing position, Kurzban suggests. "Start to get a rhythm and balance going. When you have a good hip roll, get down in that plank position and give it a try. Be very careful to keep your core tight the entire time. If you don't, you risk back injury." Be sure to step your feet wider than you would in a normal plank so you have more room to move, and bend your knees so you can isolate the gyrating movement in your hips versus moving your whole lower body. Sound like a lot? Luckily, Anitta also shared a TikTok with a tutorial on exactly how to do the move.

How to do my Envolver dance challenge 💃 #anittachallenge #tutorial #envolver

If you're determined to master the move, build up your core strength over time by doing plenty of planks, plank hip dips, plank leg lifts, or planks where you alternate bending your knees — all moves that help you learn to maintain core stability in a plank while other parts of your body are moving. Add in plenty of push-ups, too (especially triceps push-ups, which require your hands to be closer together than traditional push-ups). Then throw in some dance cardio, because that hip rotation takes practice.

If it's just not clicking for you, don't sweat it; surely, another easier TikTok dance challenge will come along soon. And if you're now obsessed with Anitta (honestly, same), you can see her do this move IRL at this year's Coachella.

Beauty Trends
Siren Eyes: How to Get the TikTok Trend
by Izzie Deibe 7 hours ago

Celebrity News
Tess Holliday Addresses Brazilian Butt Lift Trend: "You're Perfect as You Are"
by Melanie Whyte 6 days ago

Eating Disorders
"It's Called Manifesting, Look It Up": How TikTok's Anna Przy Found Her Voice
by Maggie Ryan 6 days ago