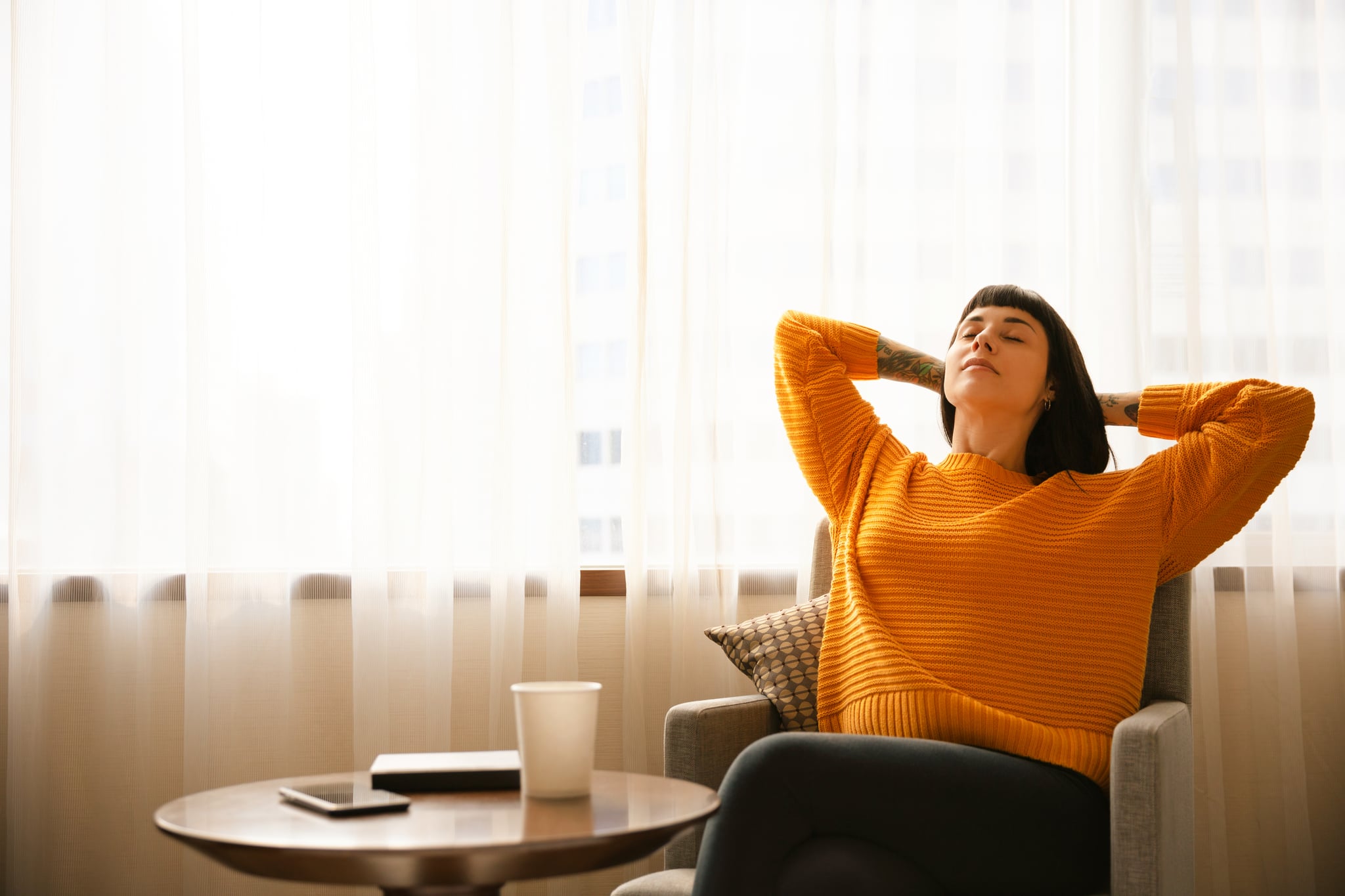 Therapist LeNaya Smith Crawford, LMFT, who specializes in trauma counseling, told POPSUGAR that trauma can look similar to anxiety and depression, but the "biggest hallmark of trauma is that sensation of feeling outside of your body." This means detaching from the present moment and focusing all of your energy on the trauma, she said, or withdrawing to the point where "it doesn't exist." And she believes trauma doesn't have to be "chronic" for it to affect the way a person functions on a day-to-day basis.

Crawford doesn't want to classify anyone's trauma as "big" or "small." Despite the fact that something traumatic might not develop into full-blown post-traumatic stress disorder (PTSD), that doesn't mean it shouldn't be taken seriously or that it doesn't have an impact on you. For example, Crawford said, "I've worked with people where their traumatic event was someone pointing out something negative about them in front of a large group of people, and now they can't present the way they used to present. They can't show up in the world like they used to."

Crawford utilizes a range of techniques in her private practice to help her clients process and cope with traumatic experiences no matter what they are. She uses breathwork since, in her opinion, people don't focus on their breath enough. She likes to give her clients at least two options, and both are based on box breathing, which she said is the pattern of inhaling, holding the breath, and exhaling for a certain number of counts each.

Crawford noted that a 4-4-4 pattern is standard for box breathing, but she finds that holding the breath for too long may be triggering for some, and exhaling longer than an inhale may "help relieve stress faster." That's why she favors the 4-2-6 technique.

Box Breathing "With a Twist"

By inhaling that second time after holding your breath, it gives your body a bigger sensation of release on the exhale, Crawford said.

Crawford suggests trying these box breathing exercises first thing in the morning and at night before bed. While they can certainly help when you feel like you've entered fight or flight mode, the breathwork practices can be done even when you aren't in that heightened state. "I encourage all of my clients to practice these types of techniques all the time because the more you get used to practicing it when you're in a state of calm, the easier it's going to be for you to access it when you're in that fight or flight or that frozen state," she said.

If neither of the box breathing methods work for you, Crawford recommends that you simply make your exhale longer than your inhale because "it helps the nervous system calm itself down," she explained. You can try, too, adding affirmations if being silent with your breath doesn't feel right — say affirmative phrases or words out loud at the top of the recommended sequences, then proceed to repeat them in your head as you continue with the breathing patterns.

Crawford also wanted to note that she would be cautious about purposely thinking through a specific traumatic event while doing the breathwork unless you were with a mental health professional. Forcing a memory during breathwork might be too triggering to do alone. If it were her client, "I'd want them to be in a space where I could be with them and guide them as things come up," she explained, but it would depend on where they were in their work together.

It's important to remember that you only get out what you put it. If you don't expect the breathwork to lend itself useful, it won't, Crawford said, adding that her clients "usually find some value in it when they actually are open to trying it and seeing if it can work for them." Though breathing exercises cannot and will not act as a cure, they can aid you on your journey toward healing.