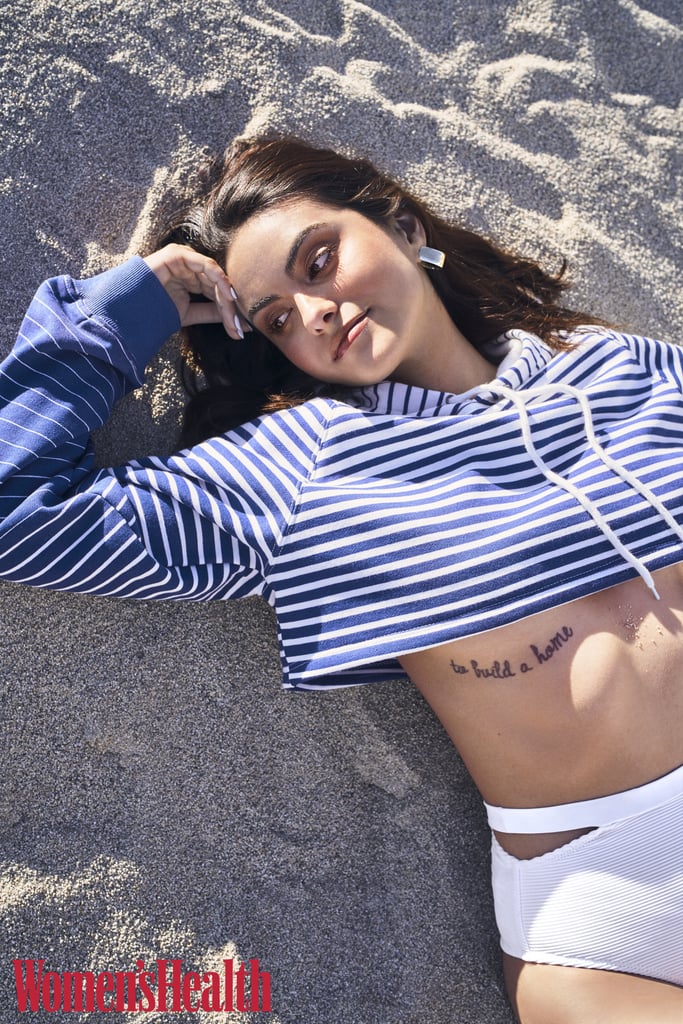 In an interview with POPSUGAR this past Spring, Riverdale star Camila Mendes said that coming forward about her past struggles with an eating disorder was like "taking a leap of faith." Now, in the Women's Health October 2019 issue, Camila revealed that she only recently has gotten better with the help of a therapist and nutritionist. "I needed professionals I trusted to tell me things that I didn't know," she said.

Camila admitted that recovery is a challenge. "It's something that's still a curse to me. It's not like that ever goes away," she said. But what she can do, what she's learned to do, is take care of herself. "Whenever I do feel insecure, I go back to health. What can I do that's healthy? Health is what's important, not appearance. That mentality is what takes me out of the insecure, anxious thoughts."

Camila wants to be the role model for her fans that she didn't have growing up. She told Women's Health that staying active has always been an important part of her life — she was a dancer for seven years, she's devoted to strength training even while filming Riverdale, and she loves Pilates and yoga — but Camila never had someone to look up to when it came to body positivity. "Being thin was the thing," she said.

Now, Camila focuses on doing what's best for her inside and out. "I make choices that are good for me — and not just in my body — but for my soul, for my mind. And sometimes that's eating ice cream because I want to eat ice cream," she stated. Camila also said she's "eating more carbs than ever," which keeps her energized. She prioritizes sleep, too. "People sometimes put working out first and don't give their bodies rest," she said. "I'll always choose sleep first. I think it's just so underrated."

Devoting herself to her health helps her mentally. "Whenever I feel like I'm going through something difficult, I think about what I can do physically for myself," she said. Camila inked "to build a home" above her ribcage following her freshman year of college, and despite the fact that it also represents moving around a lot during her childhood, it signifies building a home within herself. Because you only get one body. You can't pack your bags and put it up for sale, so treat it with care.

If you or someone you love are experiencing signs and symptoms of an eating disorder, the National Eating Disorders Association has several resources, including 24/7 crisis support by texting "NEDA" to 741741.

Product Reviews
I Started Waking Up With a Sunrise Alarm Clock, and I Feel So Much Better
by Charlotte Grainger 1 day ago