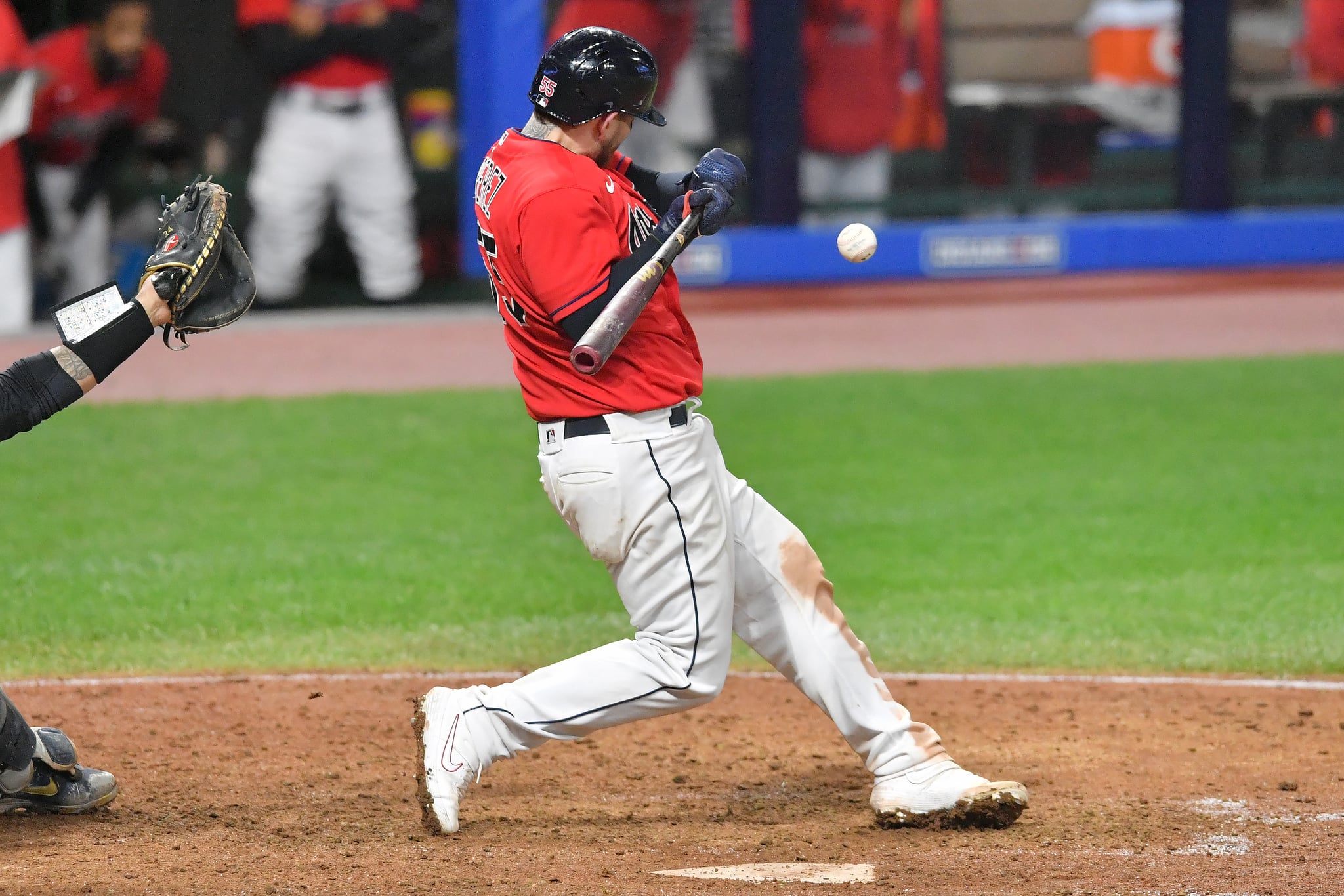 Update: The Major League Baseball team based in Cleveland will officially change its longstanding name for the 2022 season to the Cleveland Guardians. The organization announced this change with a video voiced by Tom Hanks, seen ahead, and the shift comes after the team first revealed a change would be coming back in December. They implemented conversations with Native American groups and local fans, and MLB.com states, "The organization determined that the name should connect to the city of Cleveland, preserve the team's rich baseball history and unite the community."

Team owner Paul Dolan said in a statement, via ESPN, "We are excited to usher in the next era of the deep history of baseball in Cleveland. Cleveland has and always will be the most important part of our identity. Therefore, we wanted a name that strongly represents the pride, resiliency and loyalty of Clevelanders."

Together, we are all... pic.twitter.com/R5FnT4kv1I

Original post, Dec. 14, 2020: After 105 years of being called the Cleveland Indians, the MLB team will change its name. Sources first confirmed this to The New York Times and, later, ESPN on Dec. 13, and the organization released an official statement on the afternoon of Dec. 14. The change also follows an effort where, starting in the 2019 season, Cleveland phased out the Chief Wahoo logo on its uniforms — the Native American caricature first appeared seven decades prior.

The original team title was adopted in 1915, and Cleveland said in its statement that it is moving forward to determine a "new, non-Native American based name." The statement continued, "We believe our organization is at its best when we can unify our community and bring people together — and we believe a new name will allow us to do this more fully."

When the Washington Football Team, formerly called the Washington Redskins, announced its name switch back in July, Cleveland's baseball team said it would evaluate its own name given years of pushback and protests criticizing the moniker as racist. Team owner Paul Dolan further announced in a letter posted on the MLB site that changing the current name "is phase one of a multi-phased process" and that the team will continue using the original title while they take time to determine a new one.

Dolan told the Associated Press that Cleveland would be keeping its Indians branding at least through the 2021 season. "We are going to work at as quick a pace as we can while doing it right. But we're not going to do something just for the sake of doing it. We're going to take the time we need to do it right," he said. "We don't want to be the Cleveland Baseball Team or some other interim name. We will continue to be the Indians until we have identified the next name that will hopefully take us through multiple centuries."

The Oneida Nation of New York, which led the charge for the Change the Mascot Movement, initially said in a statement to ESPN, "This is the culmination of decades of work. Groups like the National Congress of American Indians passed resolutions for decades on this, social science has made clear these names are harmful and Cleveland got out in front of it and they're leading, and rather than having this hanging over their heads, they're charting a new path."

According to ESPN, possible options for the switch include the Naps, which was the team's name before 1915 and stands for second baseman and former manager Napoleon Lajoie, or the Cleveland Spiders.