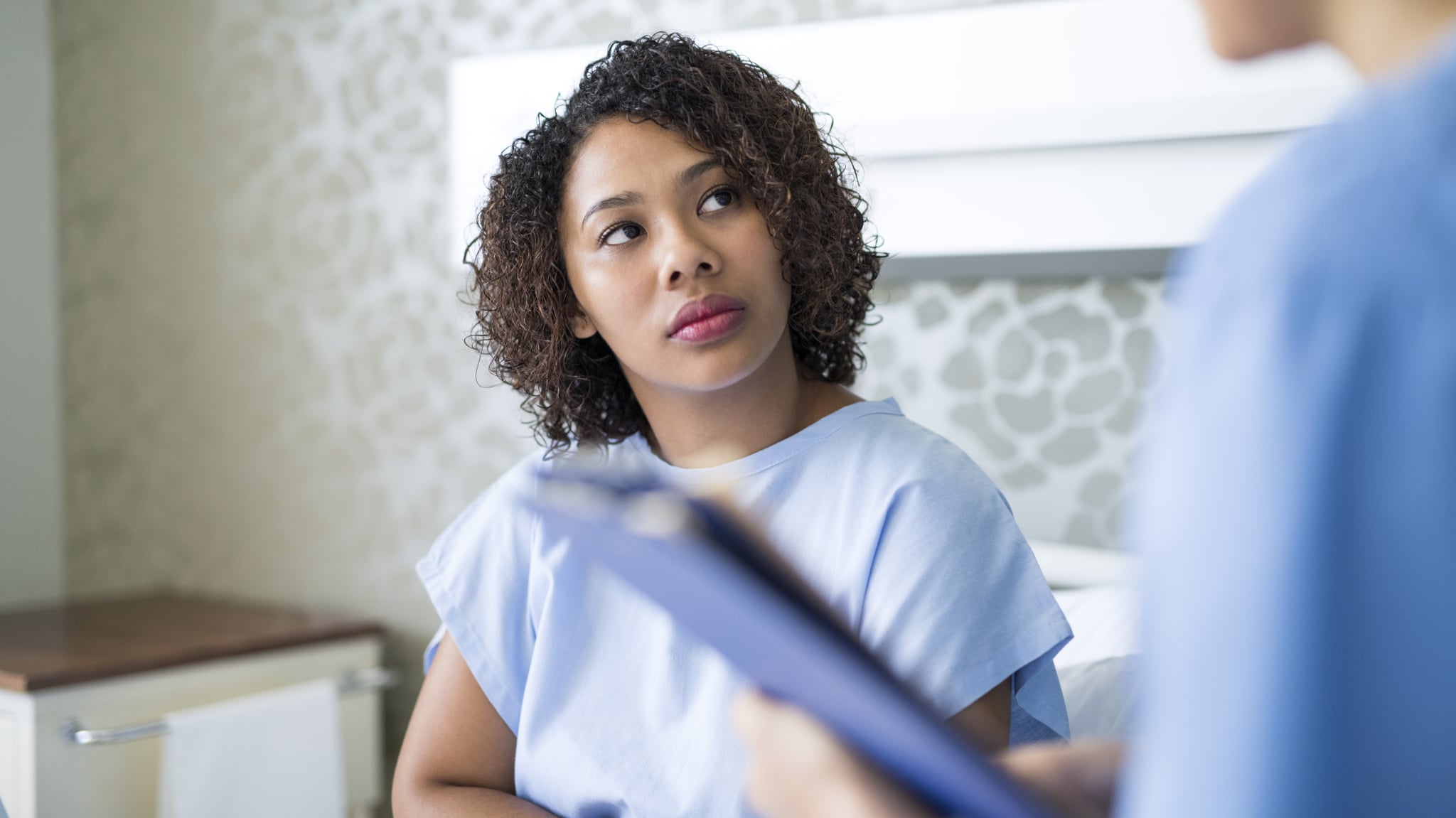 I was sitting on the uncomfortable, crinkly paper of the check-up table at my pediatrician's office. "When did you get your last period?" she asked.

"No, not your first one. When was your most recent period?"

I was 17 and had only ever had my period once. Throughout adolescence, this had never seemed to worry my pediatrician much. She would blame my missing periods on my being really athletic, or tell me I could try to eat more soy to help get things going. But at 17, she finally recommended I get some blood work done and schedule an appointment with a gynecologist.

After asking just a few questions, the gynecologist diagnosed me with polycystic ovarian syndrome, or PCOS. I didn't have any of the physical symptoms usually associated with PCOS, and she diagnosed me so quickly that it made me nervous. But suddenly, I apparently had a medical condition to explain why my period never came.

After three years of worrying about my reproductive health and future, I suddenly didn't have PCOS anymore. Yet this didn't make any of the uncertainty go away.

I was put on birth control to help regulate my cycle, but when my periods began, they were irregular and inconsistent. I'd have month-long cycles, or just bleed for three random nonconsecutive days during the month. Admittedly, I could have been better about taking my birth control. Between a summer at camp and starting college halfway across the country, I was moving around so much that sometimes I'd lose my last pack or go months without refilling my prescription. But the uncertainty of this diagnosis also caused me a lot of unnecessary stress. I was told from the beginning that, left untreated, PCOS could lead to cancer later in life and that I would probably be infertile. Yet I wasn't seeing a gynecologist regularly, and I never had an ultrasound to evaluate my ovaries. How was I supposed to know if what I was doing was helping or making things worse?

Thankfully, the app I used to get birth control stopped taking my insurance, so I had to go see a gynecologist again. I went to a different doctor this time, and after just a few questions, I was . . . undiagnosed with PCOS. The gynecologist simply explained that I was probably misdiagnosed the first time. After three years of worrying about my reproductive health and future, I suddenly didn't have PCOS anymore. Yet this didn't make any of the uncertainty go away.

Related:
Do Your Periods Seem Unusually Long? An Ob-Gyn Says These Are the Most Common Causes

How Common Is It to Be Misdiagnosed With PCOS?

Rashmi Kudesia, MD, a reproductive endocrinologist, infertility specialist, and director of patient education at CCRM Fertility Houston, explained that my experience with PCOS isn't that rare. Dr. Kudesia said that often, people may go undiagnosed or get misdiagnosed due to confusion with the diagnostic criteria. In fact, she recommends not diagnosing PCOS until eight years after a patient starts getting periods, as some of the symptoms — like cystic acne or weight gain — can just be part of adolescence. PCOS can also manifest itself in very different ways from one person to the next.

For people who don't necessarily fit the typical symptoms of PCOS, "it starts to feel like maybe the diagnosis is incorrect, but it's kind of a larger umbrella diagnosis, and there can be a lot of different manifestations within it," Dr. Kudesia told POPSUGAR. She acknowledged that this can add stress to an already troubling diagnosis.

I'm still not sure if I have PCOS or not, and with all the anxiety and stress it caused, I wasn't planning to get another opinion. I'm realizing, though, that it's probably best I do.

Like me, many young people feel particularly anxious about their fertility, whether they're planning to get pregnant or not. For this reason, Dr. Kudesia focuses on addressing five areas of possible concern for her patients: irregular cycles, infertility, high androgen levels (which can cause acne or hair growth), weight issues, and mental health. She works to ensure they have all the information they need to understand their diagnosis and how it affects their overall health. It's important to note that there isn't one path for treatment that can help manage all these things, which might explain why I felt so anxious about my diagnosis. The gynecologists I saw were only concerned about treating my irregular cycles, while I was worried about all the other possible consequences of PCOS.

I'm still not sure if I have PCOS or not, and with all the anxiety and stress my diagnosis caused, I wasn't planning to get another opinion. I'm realizing, though, that it's probably best I do.

I know now that my journey with this diagnosis shouldn't have been as stressful and uninformative as it was. "Education is superimportant," Dr. Kudesia said. "The key is, young [people] need to think about how they can understand their own bodies and find a healthcare provider who empowers them to really understand and take control of their reproductive health." My doctors didn't do that, so I guess I have to begin my search again.

Health
Should We Be Worried About Titanium Dioxide in Our Tampons?
by Melanie Whyte 2 days ago

Health
How to Avoid Monkeypox, According to Infectious-Disease Experts
by Melanie Whyte 3 days ago

Health News
Who Needs to Get the Monkeypox Vaccine?
by Sara Youngblood Gregory 4 days ago