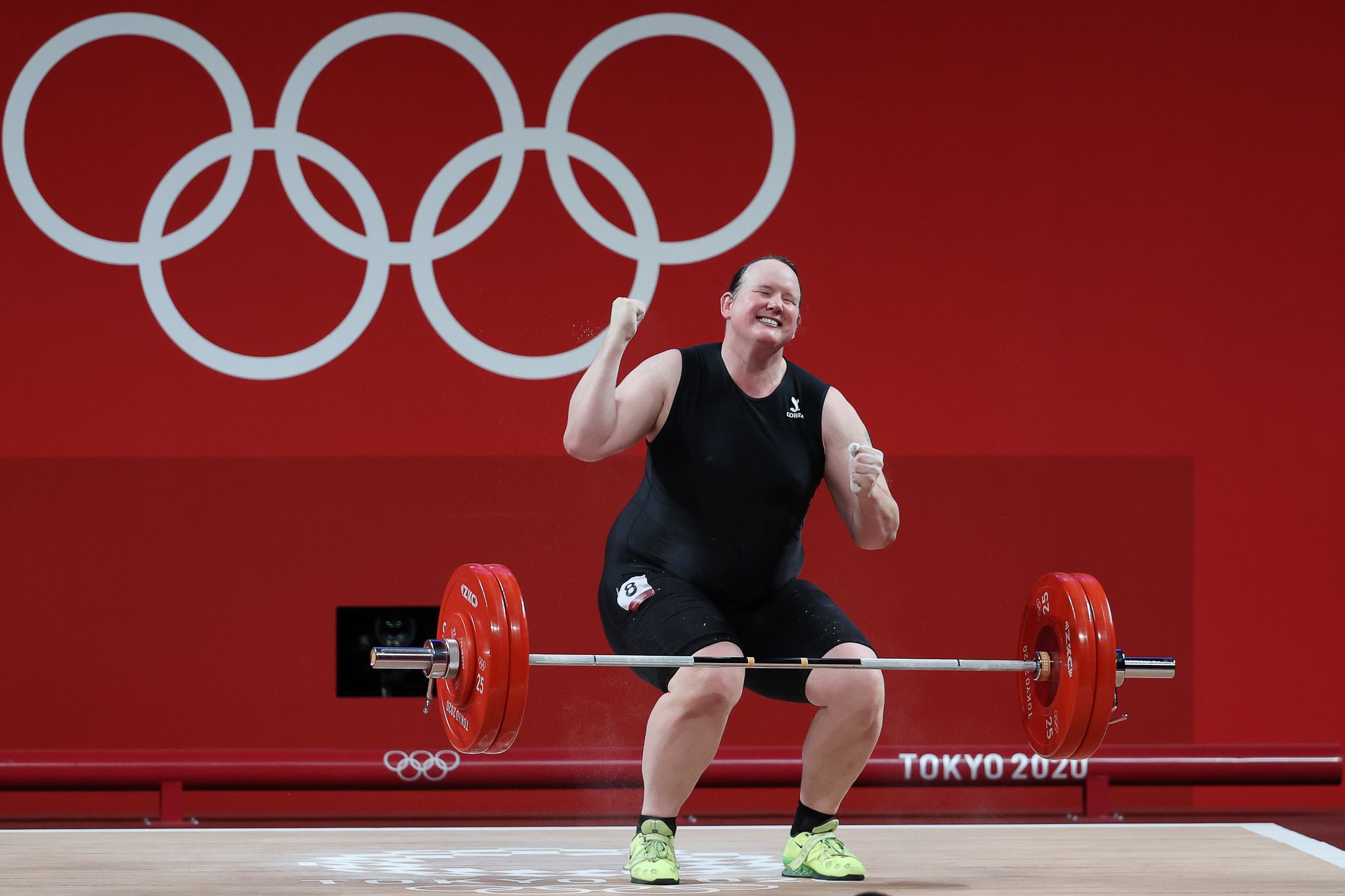 Photo: New Zealand's Laurel Hubbard competes in the Tokyo Olympic Games. She was the first transgender woman athlete to compete in the Olympics.

After two years of deliberation with over 250 athletes and stakeholders such as Athlete Ally, the International Olympic Committee (IOC) came out with a new framework for transgender and intersex athlete involvement in sports. It's from these recommendations, titled "IOC Framework on Fairness, Inclusion and Non-Discrimination on the Basis of Gender Identity and Sex Variations," released during Transgender Awareness Week, that governing bodies will develop their own criteria for men's and women's sports. It's not legally binding — it's up to these independent federations to implement policies — but it replaces previous statements from the IOC, including the 2015 guidelines indicating testosterone thresholds for transgender women.

The IOC's framework focuses on 10 principles: inclusion, prevention of harm, nondiscrimination, fairness, no presumption of advantage, evidence-based approach, primacy of health and bodily autonomy, stakeholder-centered approach, right to privacy, and periodic reviews. It encourages, among other things, to avoid unnecessary procedures and testing in order to establish eligibility. "In issuing this Framework, the IOC [recognizes] that it must be within the remit of each sport and its governing body to determine how an athlete may be at a disproportionate advantage compared with their peers, taking into consideration the nature of each sport," the framework and an accompanying news release state. See the full framework here.

Chris Mosier, a transgender advocate and the first known transgender man to represent the United States in international competition, wrote on Twitter, "The new IOC framework gives guidance to sports bodies on how to draft & implement eligibility criteria which upholds the rights of all athletes — regardless of gender identity, expression and/or sex variations — to participate in sport free from discrimination."

Mosier noted that he challenged the IOC's consensus approved in 2004, which required transgender athletes get surgery in order to compete in the sports category of their gender identity, after making Team USA in 2015. "[T]he main premise of my case was my position that medical intervention should not be necessary to compete in sport. While the surgery requirement was removed, other medical steps remained in the policy," he said. "This framework replaces the 2015 guidelines I fought to get in place & takes the next step in centering human rights as the foundation of sport. I am proud to be a part of this legacy of creating elite sport environments that focus on respecting the dignity of ALL athletes."

"I think this framework recognizes the autonomy of athletes and is a big win for not only transgender, non-binary, and intersex athletes, but for all women in sport."

Mosier further told POPSUGAR via email that the new framework "makes clear that no athlete has an inherent advantage and moves away from eligibility criteria focused on testosterone levels, which caused harmful, abusive, and invasive physical examinations and sex testing for over five decades." He added, "I think this framework recognizes the autonomy of athletes and is a big win for not only transgender, non-binary, and intersex athletes, but for all women in sport." The next steps, he explained, will be working with national governing bodies and international federations on policy development and education, in addition to holding them accountable to this framework.

Canadian soccer player Quinn, the first openly transgender and nonbinary athlete to claim gold — and any medal — at the Olympics, said in a statement to Athlete Ally, for which they are an ambassador: "Far too often, sport policy does not reflect the lived experience of marginalized athletes, and that's especially true when it comes to transgender athletes and athletes with sex variations. This new IOC framework is groundbreaking in the way that it reflects what we know to be true — that athletes like me and my peers participate in sports without any inherent advantage, and that our humanity deserves to be respected."

This summer, New Zealand weightlifter Laurel Hubbard and Team USA BMX alternate Chelsea Wolfe were the first known transgender women athletes at the Olympics (Wolfe ultimately did not compete at the Games). Wolfe told Axios that the IOC's framework is "a reassuring sign that sports will continue to move toward equal opportunity and human rights." She cautioned that because these guidelines aren't required for sports' governing bodies, they fail to guarantee discrimination against intersex and trans athletes will not be tolerated. She continued, "Decentralization unfortunately leaves the final decisions up to smaller governing bodies with fewer resources to ensure the fair implementation of rules, and can allow for a patchwork of differing regulations for intersex and trans athletes and our advocates to navigate and contend with." Wolfe told POPSUGAR she has nothing more to add at this time.

"This new IOC framework is groundbreaking in the way that it reflects what we know to be true — that athletes like me and my peers participate in sports without any inherent advantage, and that our humanity deserves to be respected."

It's worth noting that, as Axios pointed out, many intersex athletes continue to be excluded from competition in the face of strict rules from their sports' governing bodies, and this includes South African track and field Olympic athlete Caster Semenya, who now must medically lower her testosterone levels to compete in races from 400 meters to a mile. Semenya was born with elevated levels of testosterone (she is hyperandrogenous), and she took World Athletics to court over its policy requiring athletes with differences of sex development (DSD) to keep their testosterone levels to a limit of five nanomoles per liter. ESPN noted that the IOC's new framework does not change the existing policy from World Athletics, nor does it change Semenya's eligibility status.

The IOC plans to have what it calls a "roll-out phase" with webinars after the 2022 Beijing Olympics this winter. Separately, POPSUGAR reached out to the International Paralympic Committee (IPC) for insight into its framework on transgender and intersex athletes. A spokesperson said the IPC does not have its own guidelines and, instead, policies on the matter are governed by each para-sport's international federation.

Elliot Page
Elliot Page's New Memoir Is a Pivotal Win For the Trans Community: "It Didn't Feel Possible"
by Chanel Vargas 6 hours ago