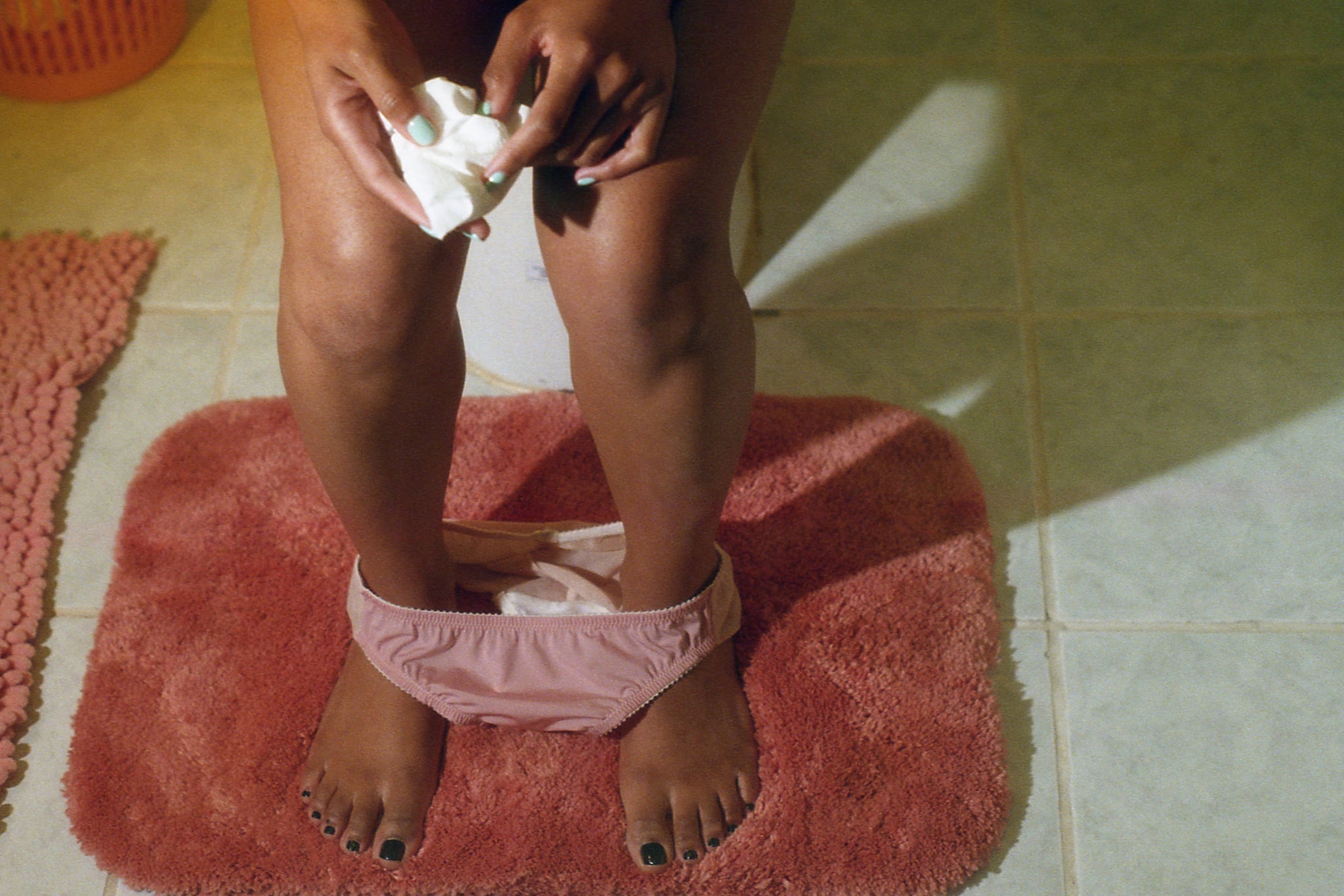 An IUD (intrauterine device) is a solid choice for long-term birth control: it can last you for three to 12 years and once inserted, it doesn't require the kind of everyday upkeep that oral contraception does. That's not to say it doesn't come with side effects, though, depending on the type of device you choose. One side effect you might experience with some IUDs is seemingly random periods.

But there's no need to panic. With some types of IUDs, irregular periods are to be expected and are not necessarily a sign of something serious or abnormal. Still, if an irregular period or an episode of spotting lasts for longer than a few months (more on that below), it may be time to see your doctor and figure out the cause of the issue.

Why Do IUDs Cause Random Periods?

As a reminder, there are two main types of IUDs: copper and hormonal. Copper IUDs (like ParaGard) don't contain hormones and prevent pregnancy via the copper coil wrapped around the device, while hormonal IUDs (like Mirena, Skyla, and Liletta) do so by slowly releasing a small amount of the hormone progestin, which is the manufactured version of your body's naturally occurring hormone progesterone.

The things that differentiate the two types of IUDs also cause them to impact your period in different ways. If you get a copper IUD, the timing of your cycle is likely to stay fairly regular, although bleeding may get heavier or last longer. "You don't expect irregular menstrual cycles with the copper IUD because it is not hormonal," Nichole Butler, MD, FACOG, a board-certified ob-gyn at the Women's Health Center at Weiss Memorial Hospital tells POPSUGAR. "You can expect your body to do what it normally does."

With a hormonal IUD, though, you might start to see other changes in your period. Some people don't get periods at all, or have much lighter periods. Others, however, might notice their cycle becoming more irregular. Because these IUDs are hormonal, irregular bleeding is expected, confirms Dr. Butler. This can happen directly, due to the effect of the IUD's hormones on the uterine lining that sheds during your period, or indirectly, as a result of other side effects of the hormonal IUD. For example, some people with hormonal IUDs may develop cysts on their ovaries, which can themselves lead to irregular or heavy periods or spotting. (Cysts typically go away by themselves in two to three months, but can be painful and can sometimes require surgery.)

While irregular bleeding is an expected symptom with a hormonal IUD, if an unexpected period or episode of spotting lasts longer than four to six months, Dr. Butler recommends talking to your doctor. There might be a specific cause you can target to regulate your cycle again, such as taking hormones if the bleeding is heavy or bothersome, she says.