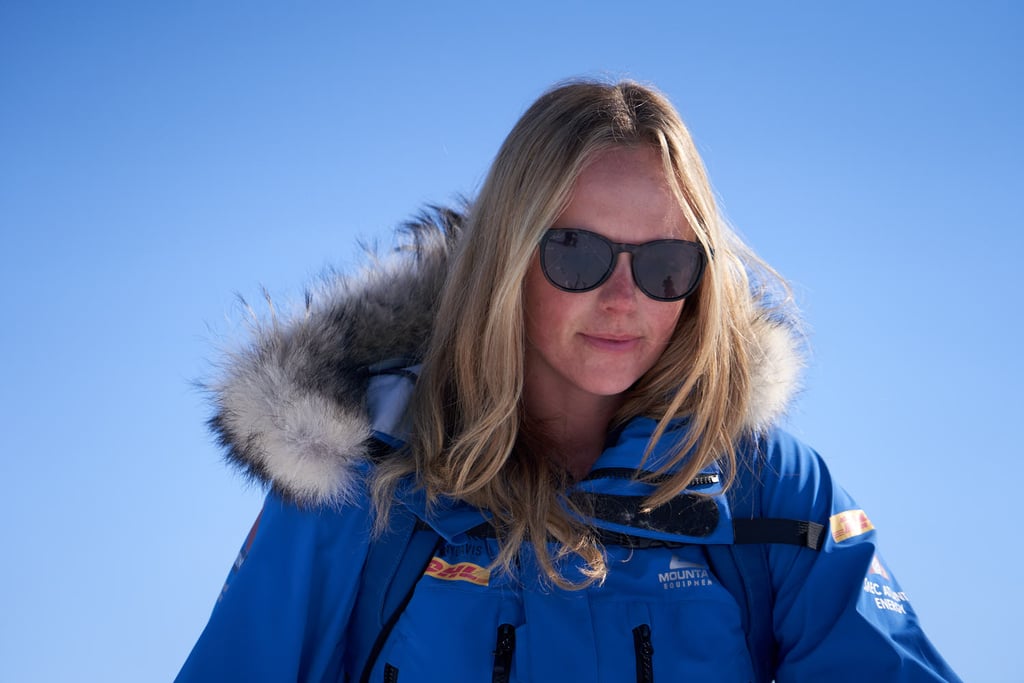 Jenny Davis can tell you, in close-up and vivid detail, what it takes to ski through a snowstorm in Antarctica. There's the unimaginable cold (somewhere around minus 40 degrees Fahrenheit), the thick layers of snow dragging at her skis and sled, the locked-up pain in her neck from staring down at her compass, trying to stay on course. But set all of that aside for a moment. The real issue was the whiteout.

"You cannot see up. You cannot see down. You cannot see a horizon," Jenny remembered. "It's like being inside a marshmallow. That's the only way I can describe it." Totally disoriented, her nausea became so intense that she threw up into her face mask, where the vomit froze immediately. The storm was so unrelenting and the air so cold that she couldn't afford to stop and clear it out. "I spent the rest of the day skiing with chunks of frozen vomit inside my mask," Jenny said. By the time she collapsed into her tent hours later, "I was just a broken human being."

This is what it takes to make a run at an unassisted, unsupported, ultra-endurance speed record in Antarctica: a cross-country skiing expedition of over 715 miles to the South Pole, in less than 38 days, 23 hours, and five minutes. Jenny's attempt on it in 2018 was beset by a series of snowstorms, unusually heavy snowfall, and eventually a bowel infection that forced her to call for a medical evacuation with two weeks to go. She left Antarctica heartbroken but knew almost immediately: "I am not done with Antarctica. I'm coming back." At the end of 2019, she's going for round two.