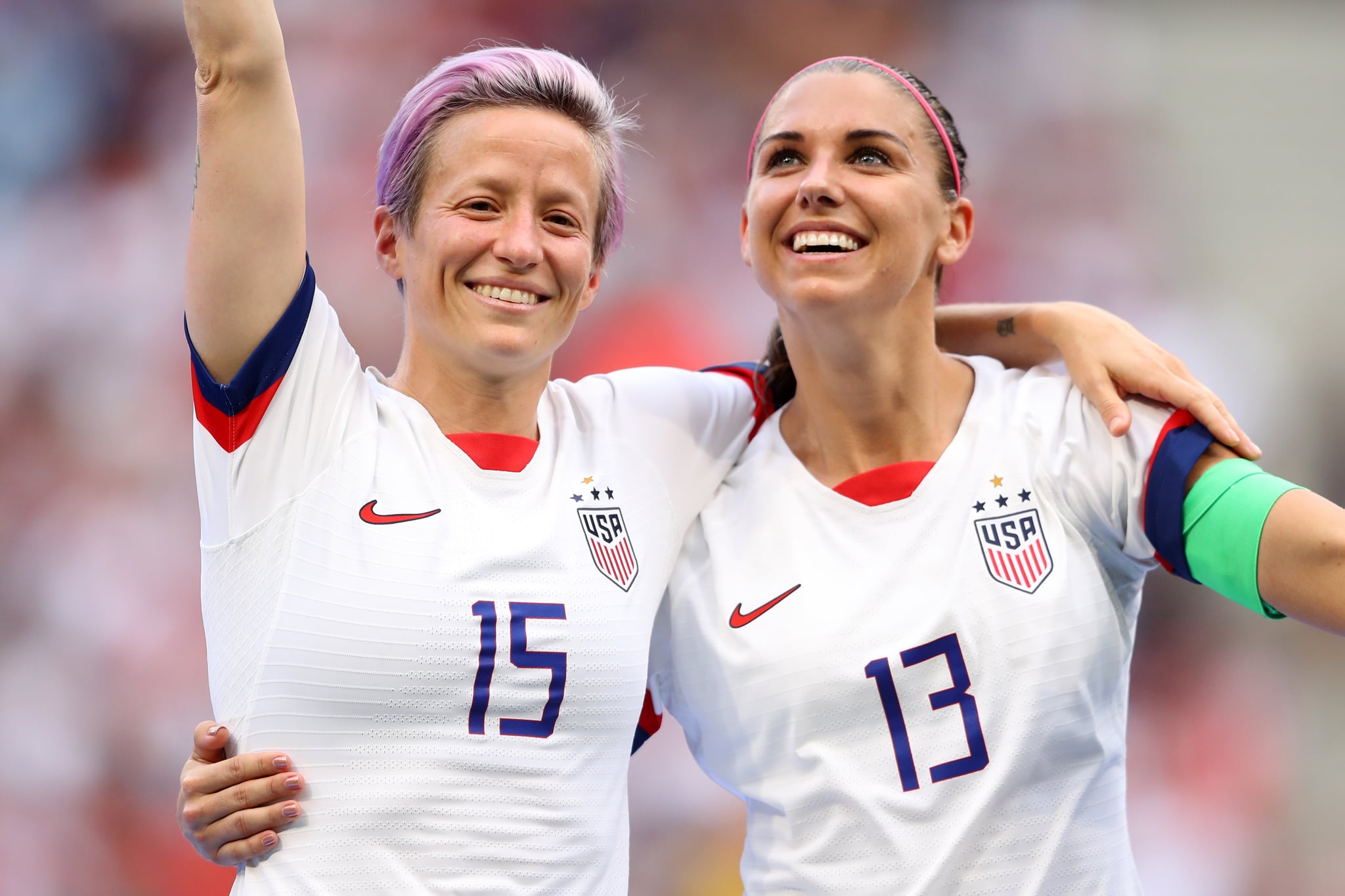 Beyond a few tweets and a spokesperson statement, stars of the USWNT didn't immediately share their reactions to the most recent, most disappointing development in their equal pay lawsuit. In a May 1 ruling, a federal judge threw out the central claim that the WNT was paid less than the MNT based on gender discrimination. Specifically, the judge ruled that players didn't demonstrate "a triable issue that WNT players are paid less than MNT players," a ruling based on evidence that USWNT players earned more than the MNT both in total and per game during the period under review. While some aspects of the lawsuit are still on the table, it was a major blow to the players, who have been vocal about their determination to secure the pay they deserve. You can get up to speed and read more about the latest USWNT lawsuit news here.

But on May 4, USWNT stars Megan Rapinoe and Alex Morgan spoke out in detail — and with passion — against the ruling that has rocked the case.

"I was very shocked with the ruling and the explanation that was given," said Rapinoe, appearing via webcam on Good Morning America three days after the ruling. She likened U.S. Soccer's current policy to one that might pay female players one dollar for every win and male players three dollars. Depending on performance, such a policy might result in the women earning more overall, but it doesn't add up to a fair deal. "I'm not sure how that's me making more money while having to essentially win everything that we could possibly have won over these past few years," Rapinoe said. (A reminder: that includes two World Cups and "just about every game we've played," Rapinoe noted.) "It was very disappointing, to be honest."

Part of the judge's ruling hinged on differences between the MNT's and WNT's collective bargaining agreements, essentially stating that yes, the women would have made more than the men had they opted for a similarly structured contract, but it was their choice to go a different route. (The women are paid salaries, with additional performance-based bonuses and benefits, including for maternity, while the men are paid through performance bonuses alone.)

On GMA, Rapinoe disputed the idea that they'd even had such a choice. "The men's contract was never offered to us, and certainly not the same amount of money," she stated. "I think so many women can understand what this feeling is, of going into a negotiation knowing equal pay is not on the table, knowing anywhere close to your male counterparts is not even on the table."

Portions of the case pertaining to unequal work conditions are still going to trial, but Morgan said the USWNT plans to fight for the claims that the judge threw out. "We really believe in this case," she said, describing the unexpected decision as being "out of left field" for both sides. "We will definitely be appealing and moving forward. If anyone knows anything about the heart of this team, we are fighters and we'll continue to fight together for this."

Watch the full interview below. (Rapinoe and Morgan come on at 1:20.)