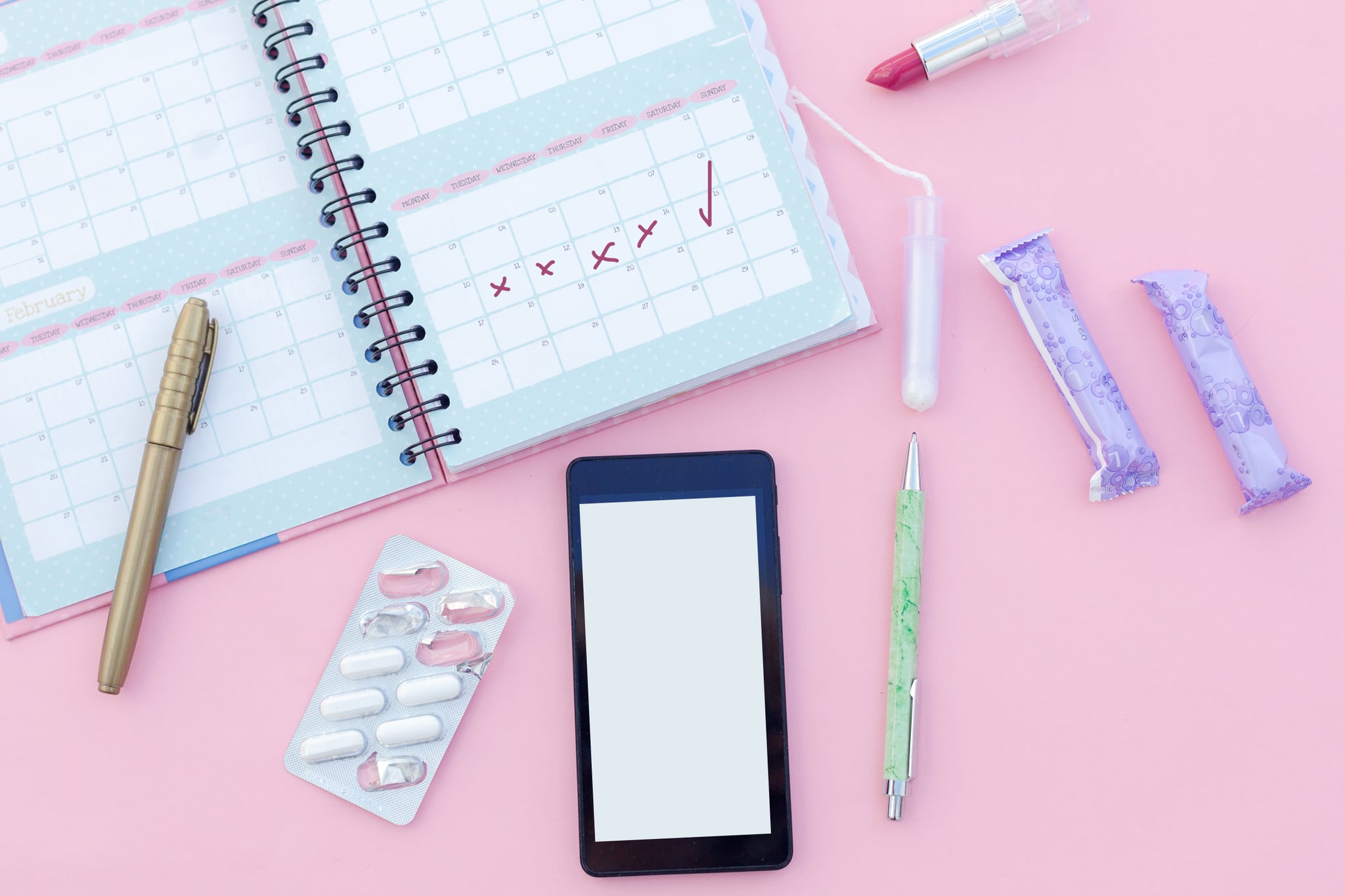 As a sister, girlfriend, and daughter, I love serving up a lesson in womanhood to the men in my life — my most recent being a deep-dive into the world of PMS.

Just the other night I was Ubering to my boyfriend's apartment when I realized I forgot tampons. He was walking back to his place from a work dinner, and with zero hesitation, offered to drop by the pharmacy to pick some up. However, navigating the feminine hygiene aisle proved to be quite a challenge for him.

This experience — including the obnoxious chirps from male strangers watching him walk down the street with a CVS bag filled with tampons — sparked a whole conversation about periods.

"But, didn't you have 'the talk' or watch 'the movie' about puberty in school?" I asked him. He reminded me that boys and girls were divided into separate rooms to learn about their respective genders . . . and that was the extent of sexual health education back in the early 2000s. Coming from a predominately male family, menstruation wasn't really a topic of conversation in his household, either.

As he fired off questions regarding cramping, bloating, syncing cycles, sex etc., he admitted that some of his friends (even in their 20s) still joke that mood swings and cravings are excuses for women to be irritable during their periods. (Disclaimer: He is definitely not one of those guys.)

With this admission, I decided to take my lesson public for anyone who could use some brushing up on PMS. Whether you're educating yourself or looking to enlighten those around you, this brief and simple cheat sheet can help clear up some stigmas and discrepancies around periods.

Yes, moodiness, irritability, food cravings, fatigue, and mood swings are all common symptoms of PMS, as confirmed by Dr. Tristan Bickman, MD, board-certified OBGYN with hospital affiliations at both St. John's Health Center and UCLA Medical Center. Other side effects include tender breasts, bloating, and depression.

Just because a woman doesn't have her period yet doesn't mean she isn't experiencing premenstrual symptoms (PMS). Dr. Bickman notes side effects start between five and 11 days before a period and usually reside once it begins due to the rising hormone levels.

Bleeding can last three-to-seven days on average — some people less and some more.

Sometimes debilitating cramping occurs due to PMS when the uterus contracts to help expel its lining. Non-steroidal anti-inflammatory drugs (aka NSAIDs) like ibuprofen can help, according to Dr. Kecia Gaither, MD, director of perinatal services at NYC Health and Hospitals/Lincoln.

Related:
Feeling Uneasy About Your Irregular Period? Here's What You Can Do

Using a heating pad, sipping herbal tea (Dr. Gaither recommends chamomile or red raspberry), hydrating with water, and exercising are great ways to be proactive about PMS side effects. Pampering yourself with a massage (especially with essential oils like cinnamon, clove, lavender, or rose) or acupuncture can help, too. Believe it or not, orgasms also make the natural remedies list.

Not every woman experiences emotional or irritable mood swings during PMS, but they can occur due to hormonal fluctuations involving estrogen and progesterone a week or less before one's period actually begins, Dr. Gaither says.

Dr. Gaither confirms: there are no physical negative side effects concerning sex during periods. But, wanting to have sex during PMS or one's period all depends on the woman's comfort level. And yes — women can get pregnant when having unprotected sex during both.

Hormonal changes in serotonin levels can cause a woman's blood sugar levels to drop, which can create food cravings a week or two before one's PMS even starts, Dr. Bickman states.

The idea that women who spend a lot of time together experience syncing period cycles is, in fact, a myth. Dr. Bickman notes that due to the variability of cycle and bleeding length, there will be overlap between friends, but there is no concrete scientific data to support the syncing of cycles.

Dr. Gaither, on the other hand, admits that the cause of menstrual synchrony is not defined, but she does entertain the idea that it may be related to the influence of pheromones.

Health
A Dangerous Fungal Infection Is Spreading Across the US. How Concerned Should We Be?
by Melanie Whyte 8 hours ago