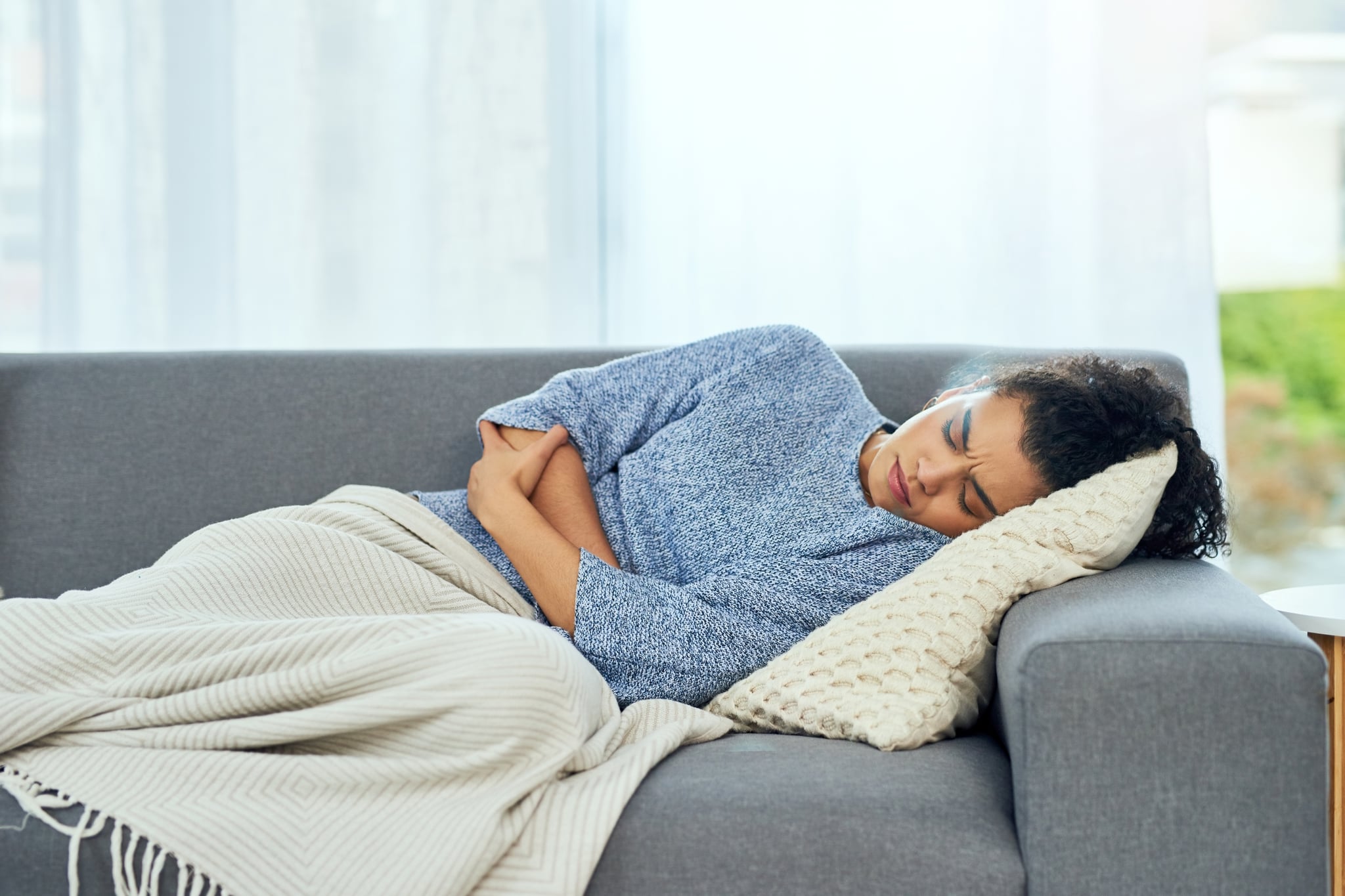 Raise your hand if period pain often leaves you lethargic, irritable, and all-around uncomfortable. It's common to experience some physical discomfort during PMS, but chronic debilitating cramping, lower back pain, and pelvic pain could all be symptoms of a serious condition called endometriosis.

While endometriosis is one of the most common gynecologic conditions, affecting an estimated 1 in 10 women during their reproductive years, it can be a difficult disease to diagnose — so much so that many women living with endometriosis are misdiagnosed or undiagnosed for several years of their adult life.

If you're suffering every month, understanding the root of your pain may be the first step to getting help, so we reached out to two Ob-Gyns to learn more about painful menstrual cramps associated with endometriosis.

Unlike PMS, endometriosis occurs in a woman's pelvis and surrounding organs, including the ovaries, fallopian tubes, bladder, and intestines. "Endometriosis is a condition where the same cells that usually line the inner part of the uterus (endometrium), which women shed every month when they have a period, grow outside of the uterus," Dr. Ann Peters, a gynecologist and surgeon in The Gynecology Center at Mercy Medical Center in Baltimore, MD. explained. "In its most severe forms, endometriosis can even invade into these important organs and nerves (similarly to cancer without being cancerous) and cause severe pain."

How Do Severe Period Cramps Compare to Endometriosis Symptoms?

"Cramps related to a period are common and just noted as pelvic or lower back pain, and it's not always the case to know if it's caused by endometriosis of just good ol' fashion period cramps," explained Dr. Sherry A. Ross, women's health expert and author of She-ology and the upcoming She-ology The She-quel. "Pain is not the most common symptom related to PMS, so endometriosis period pain is not part of the differential diagnosis."

Dr. Peters revealed that endometriosis symptoms "can be broad and often confusing" stating that "on average it takes many years for women to be diagnosed."

Painful periods, pain with sex, pain with bowel movements, and trouble getting pregnant are the most common symptoms of the disease. "Depending on where endometriosis is located, women can also experience vague symptoms of sciatica, bloating, nausea, vomiting, swelling, joint and muscle pains."

Endometriosis pain is "more commonly seen before and during the period," explained Dr. Ross. Because of this, it is extremely difficult to distinguish whether someone's mild, moderate, or severe pain is caused by PMS or endometriosis — no matter their level of discomfort.

Although pain doesn't directly indicate endometriosis, it could be the root of your discomfort — "some of the same nerves that supply sensation to the uterus also will be affected by endometriosis that grows near it," noted Dr. Peters. When women have other symptoms of endometriosis like pain with bowel movements, pain with sex, and difficulty getting pregnant, then it's slightly easier to identify the disease.

However, the only way to 100 percent diagnose someone with endometriosis is to perform surgery.

Can Endometriosis Be Cured?

While no cure has been found yet, there are several pain-relieving options available, including over-the-counter treatments and natural remedies — Dr. Ross confirmed that "the goal in treating endometriosis is to treat the symptoms."

One of the most effective methods of pain relief is surgical treatment focused on excising endometriosis. Dr. Peters urges that women should seek specialized gynecologic surgeons that specialize in endometriosis surgery and warns against ablating endometriosis due its scarring side effects.

Birth control methods are the most common medicines prescribed for endometriosis management because they often cause one's period to stop, but sometimes that isn't enough relief. Over-the-counter medications like ibuprofen and acetaminophen can help alleviate endometriosis period pain, too.

Dr. Peters admitted that many of her patients swear by acupuncture as a natural remedy for endometriosis period pain. CBD is another way to naturally manage your pain — it can "relax muscles in the pelvis and distracts your brain from feeling the pain," according to Dr. Ross. 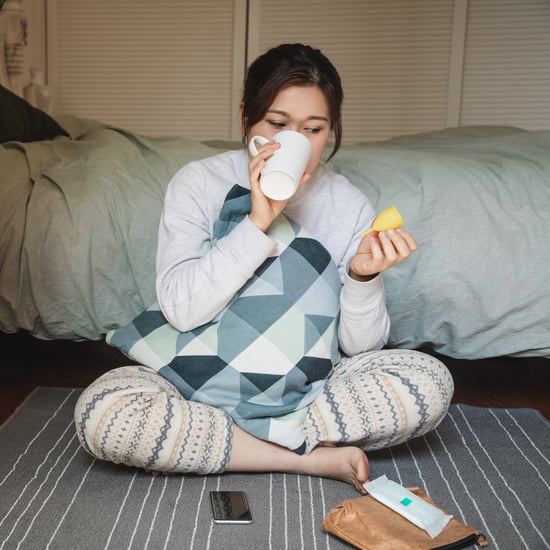 Abortion
Should We Delete Our Period-Tracker Apps? Experts Explain
by Taylor Andrews 2 weeks ago 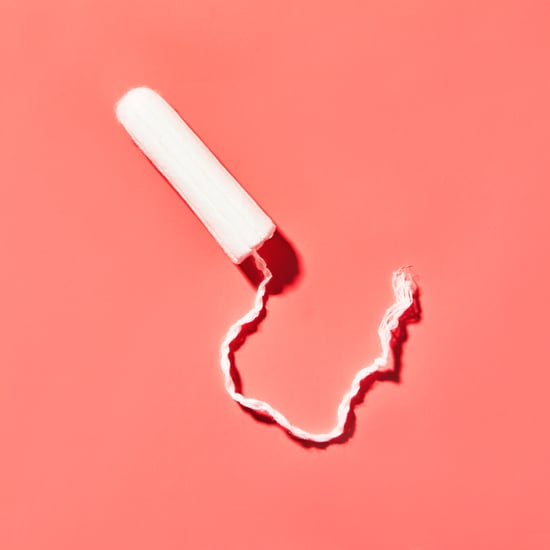 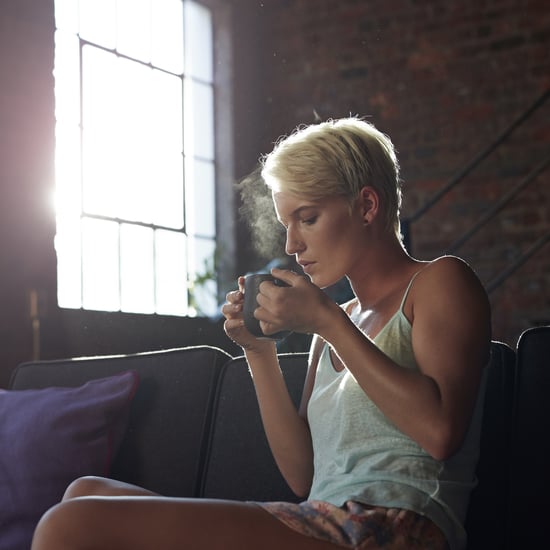 Healthy Living
A Breakdown of Every Phase of the Menstrual Cycle, as Explained by Medical Experts
by Victoria Moorhouse 3/21 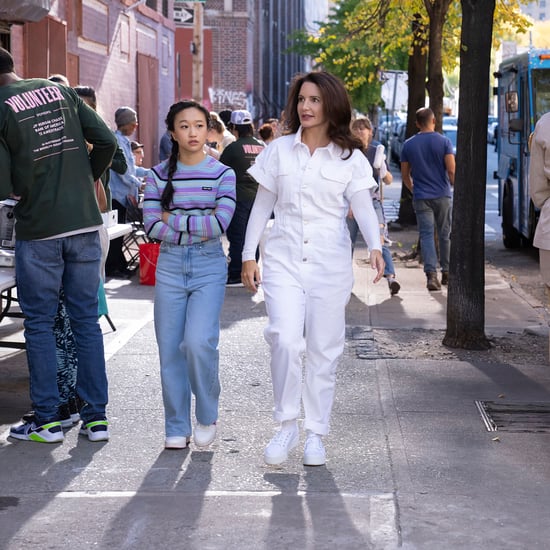 Periods
Charlotte's "Flash Period" on "And Just Like That," Explained
by Jenny Sugar 1/27 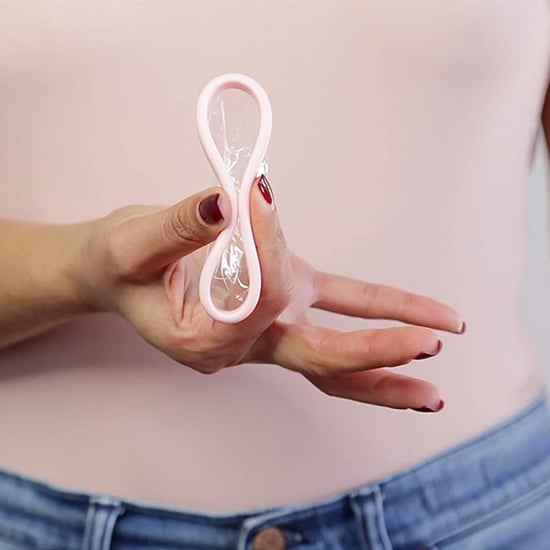