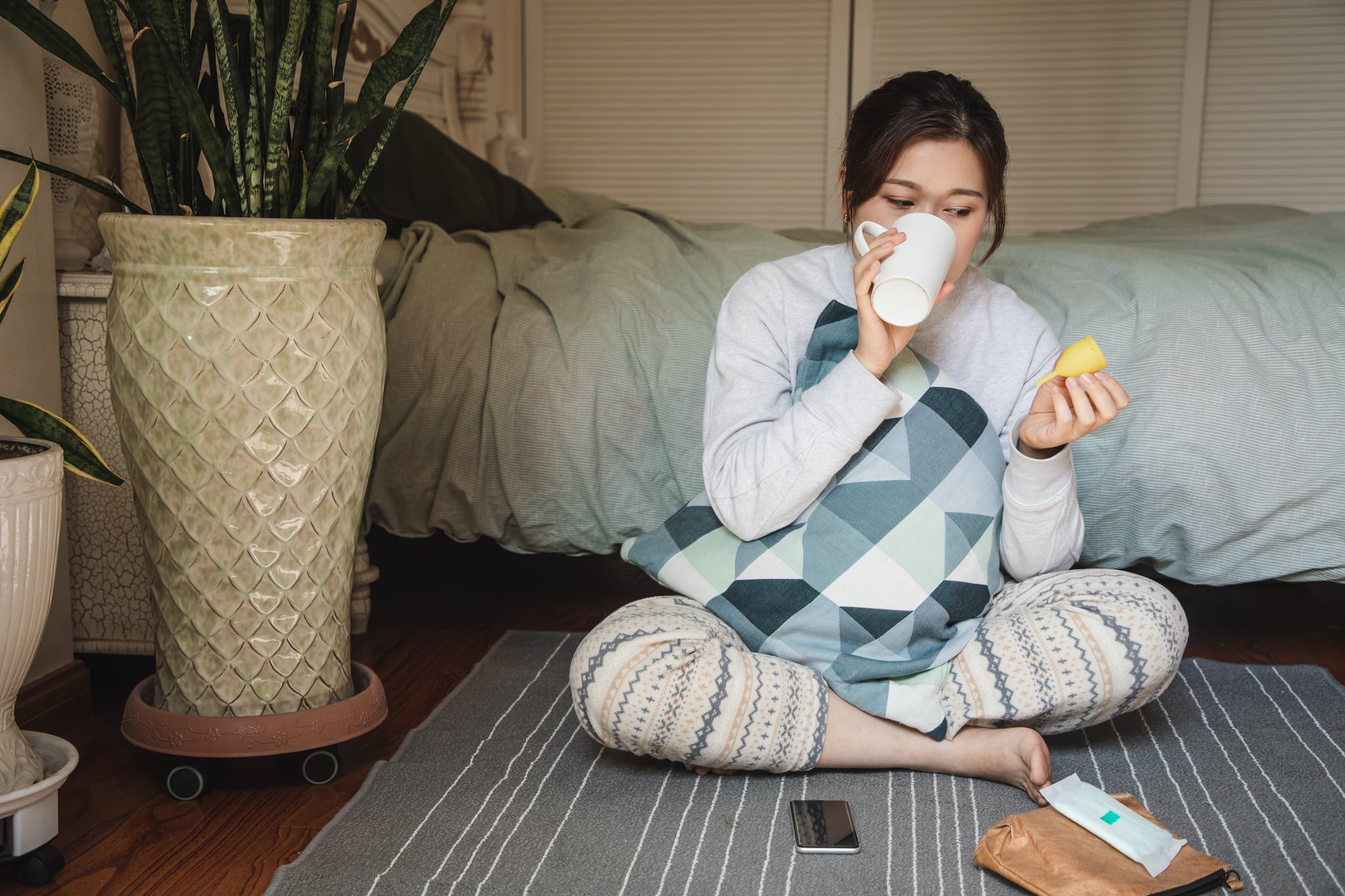 Ever since the Supreme Court's draft opinion on Roe v. Wade leaked, the media world has exploded — and rightfully so. Celebrities have spoken up about their abortions, TikTok activists are rallying behind the pro-choice movement, and hashtags like #RoevWade are trending on Twitter consistently.

But because of the ample amount of news coverage, there has since been a myriad of questions about what the future of overturning of Roe v. Wade means — and not just for abortion access but for other matters, too.

In a viral tweet posted by Elizabeth C. McLaughlin, an author, attorney, and activist, she wrote, "If you are using an online period tracker or tracking your cycle through your phone, get off it and delete your data."

If you are using an online period tracker or tracking your cycles through your phone, get off it and delete your data.

In the long thread, she went on to accuse Peter Thiel — an entrepreneur and venture capitalist who invested in Palantir, a spy technology system — of allegedly selling "data tracking the locations of marginalized people to the government."

She also emphasized that "a prosecutor can subpoena your period data from any company and that company can be forced by a court to comply." Sounds concerning, right? That being said, it's important to be wary about what you see on social media, as most things tweeted are not fact-checked.

But because there have already been a lot of questions out there regarding what will happen in a post-Roe v. Wade world (Will IVF become illegal? Will same-sex marriage be overturned? Should you stock up on emergency contraception?), we decided to fact-check whether you should be wary about having a period-tracker app on your phone. Here's what experts have to say.

Related:
What a Roe v. Wade Overturn Could Mean For Birth Control

Should People Delete Their Period-Tracking Apps?

Potentially. It depends on several factors, including if you live in a state where abortion may become illegal, if you use a period-tracking app to regularly monitor your cycle, and if you had an abortion. If all ring true, then "it's possible your period-tracking apps data could be subpoenaed and therefore used against you in court," Marco Bellin, a data security expert and the founder and CEO of Datacappy VPN (a business dedicated to aiding individuals in preserving their privacy and helping them use the internet securely), says.

Here's how it works: Because you use period-tracking app data to see when you're ovulating, track your cycle, and monitor period-related symptoms, it's possible the data you input could be used to predict when you'd likely fall pregnant. And in the case you have an abortion, "it could possibly be used to prove that an individual became pregnant and eventually did not have a child — or to prove when specifically someone became pregnant," Bellin says.

Of course, this will heavily depend on what each individual's state jurisdiction looks like around privacy rules, but David Reischer, Esq., attorney and CEO of LegalAdvice.com, confirms that legally, there is no law in place that would restrict private companies (e.g., period-tracking apps) from turning over data. "Theoretically, private companies could hand the data to big government to be used for prosecution in an illegal-abortion trial."

Legally, there is no law in place that would restrict private companies from turning over data to the government.

This could be because period-tracking apps have no HIPAA protection, Bellin says. (Reminder that HIPAA stands for the Health Insurance Portability and Accountability Act of 1996, and it is a federal law that "protects sensitive patient health information from being disclosed without the patient's consent or knowledge," per the CDC.)

Since period-tracking apps have no HIPAA protection, this means app developers do not have to protect your personal information. And since "any free app collects information from you in order to make a profit, depending on the laws created, most of your digital information will be able to be subpoenaed by a court of law and thereby used against you if the actions you are taking are somehow deemed illegal," Bellin confirms.

For this reason, Bellin says that you should probably avoid using period-tracking apps — and any tracking app in general — since "they gather highly personal information and are not required to keep it confidential." Does deleting these apps seem like a lot and maybe even a little excessive? Maybe. But the thing is, we won't know what type of implication period-tracking apps will have in legal cases until Roe v. Wade is officially overturned.

As for what period-tracking apps are doing in the midst of all this? TBD. When POPSUGAR reached out to Flo — an ovulation calendar, period tracker, and pregnancy app — to see what it was doing to make users feel safer using its platform, it was unable to comment on the specifics. Instead, it shared that it "firmly believe[s] women's health data should be held with the utmost privacy and care." It also mentioned that in March of this year, "Flo completed an external, independent privacy audit, which confirmed there are no gaps or weaknesses in our privacy practices. We will remain committed to ensuring the privacy for our users." (If you're interested in reading more about Flo's privacy practices regarding its data-protection policies, you can do that here.)

We can only hope that Flo and other period-tracking apps are using this time to work on taking more secure measures.

In the meantime, if this is majorly freaking you out because you live and breathe your period-tracking app, you do have other options. Bellin recommends either using a handwritten tracker for your menstrual cycle or updating it in an Excel spreadsheet. He warns, however, to avoid using the term "menstruation" or "period" on any tracker created online. Instead, "use an emoji or a fake term that you create, so if somebody gains access to your calendar or spreadsheet, they can't decipher your code and track your menstruation."

All in all, know that conversations like this are not meant to scare you — though we admit, they can be scary. But in a time when people are at risk of losing the right to bodily autonomy, it's important to do everything in your power to protect yourself — especially when it's apparent the government does not want to protect you. So if you feel better deleting your period-tracking app, you should feel empowered to make that decision. If you don't want to, you should also feel empowered to make that decision. Because after all, it's important you have a choice to do whatever you want — in every facet of your life.

Related:
9 Ways You Can Channel Your Anger Over Reproductive Rights Into Action
AbortionPeriodsSexual Health