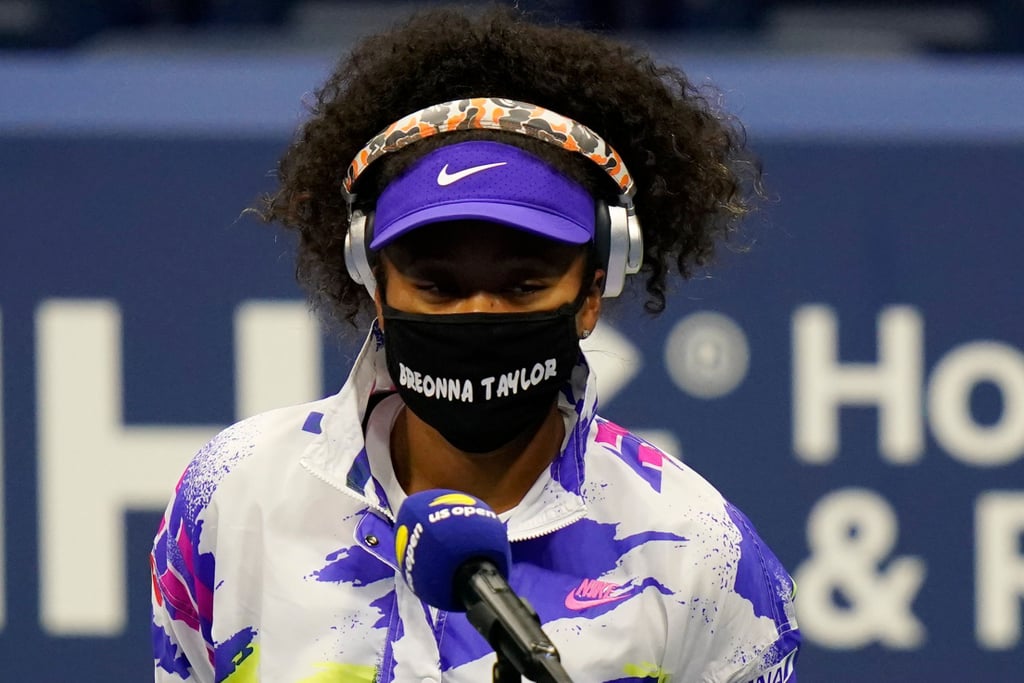 Osaka won her first 2020 US Open match against fellow Japanese tennis player Misaki Doi 6-2, 5-7, 6-2 on the night of Aug. 31. While entering and exiting the court in Arthur Ashe Stadium, Osaka donned a face mask with Breonna Taylor's name printed on the front. Breonna Taylor, a 26-year-old emergency medical technician, was fatally shot by police on March 13 while she was sleeping next to her boyfriend, Kenneth Walker, in Louisville, KY. Police used a no-knock warrant for a drug raid linked to her ex-boyfriend and began shooting after Walker, who went on to claim self-defense, shot once.

Olympics
Just How Fast Do Olympic Speed Skaters Move on the Ice? Blink and You Might Miss Them
by Emily Weaver 17 hours ago

Simone Biles
Nathan Chen Says That, When the Time Comes, Athletes Need to "Do What's Best For Us"
by Samantha Brodsky 20 hours ago

Netflix
After Watching Episode 1 of Netflix's Bad Sport, I'm Not Sure Who the Real Criminal Is
by Ashley Ortiz 1 day ago