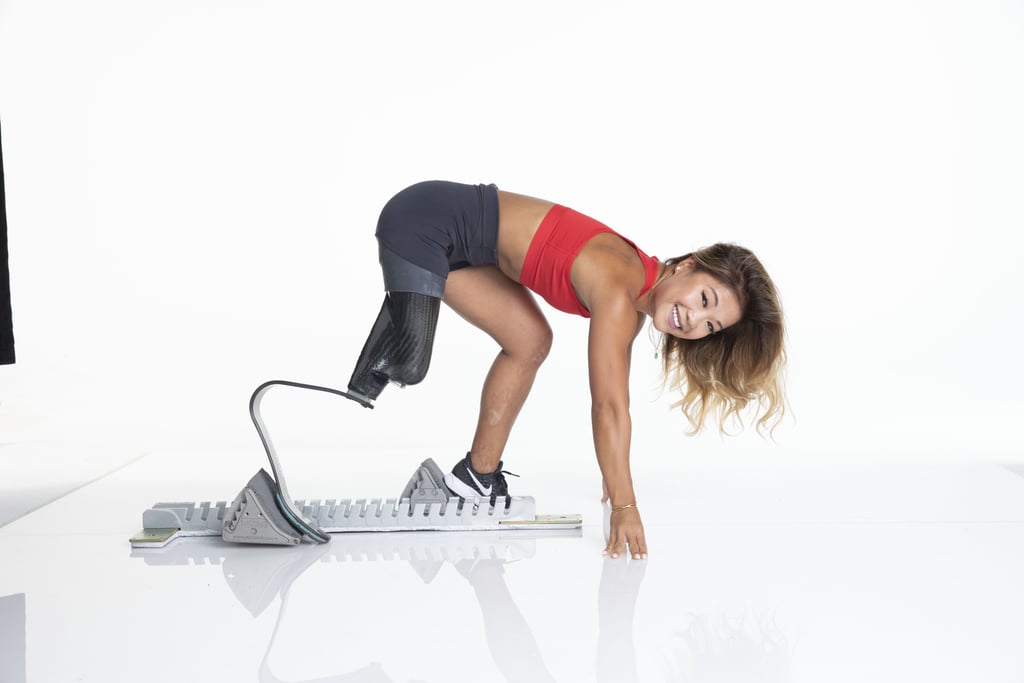 Scout Bassett (@scoutbassett on Instagram) is a five-time World Championship medalist and competed in the Paralympic Games in Rio in 2016. Bassett was born in Nanjing, China, and as an infant, she lost her right leg in a chemical fire. After she was abandoned at the age of 1-and-a-half, she spent seven years of her life in a government-run orphanage, where she said she experienced "unimaginable hardships for a child" in a powerful essay for POPSUGAR last year, including child labor and physical abuse.

She was adopted by her parents, Joe and Susan Bassett, and moved to a town of about 1,600 people. Although she said she felt like she lost her identity, Bassett said sports became a big part of her life. She started running at age 14 and received a grant from the Challenged Athletes Foundation (CAF) to fund her training. She majored in anthropology/sociology at UCLA and graduated in 2011.

Personal motto: "Something that always resonates with me is 'never give in.' Each and every day I strive to live by these words and encourage others to stay hopeful and stay persistent in what lies ahead."