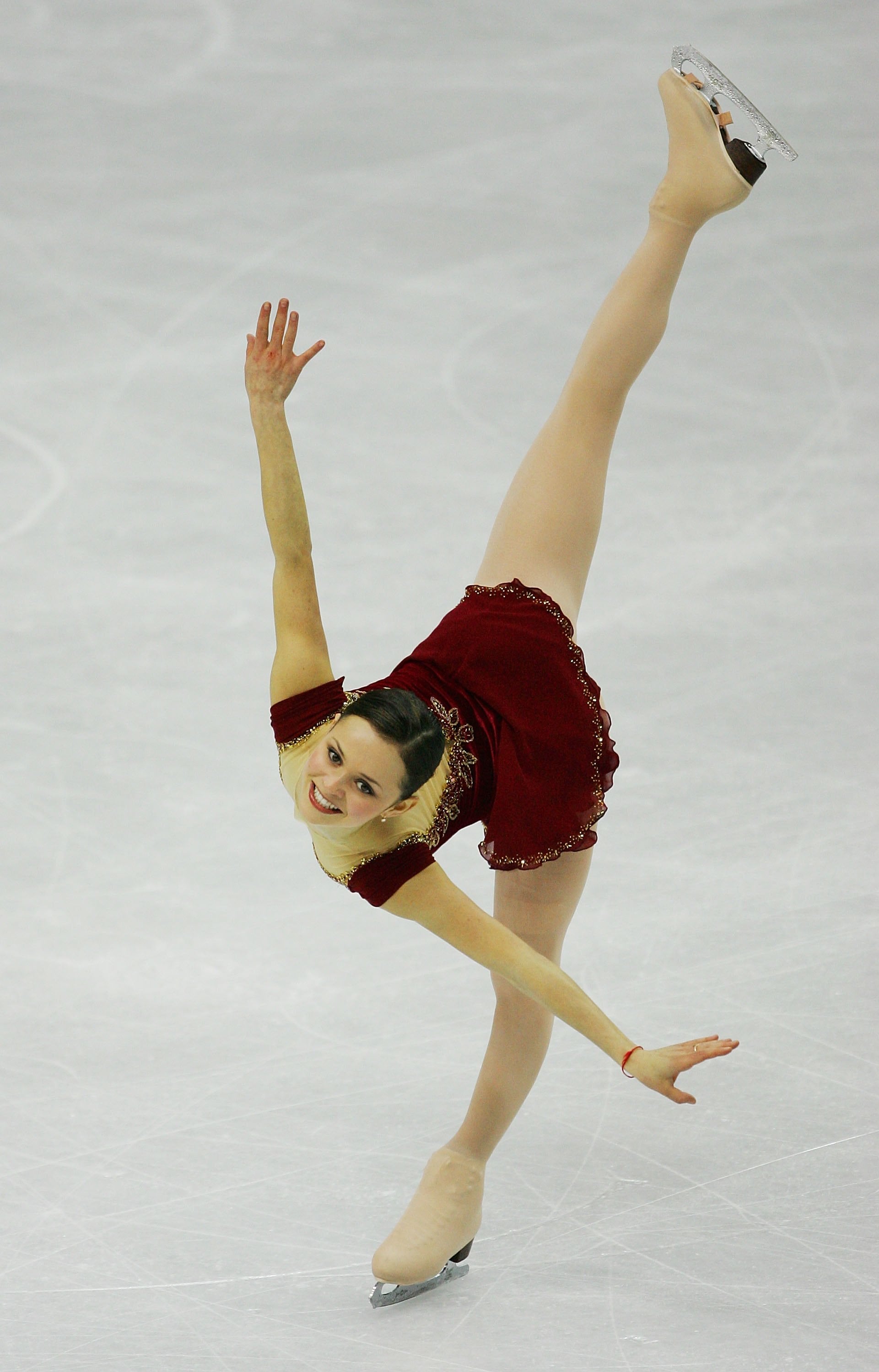 Figure skater Sasha Cohen is one of several athletes who reveal their struggles in the HBO documentary The Weight of Gold, now streaming on HBO and HBO Max. While the film is sobering, it's also a reminder that Cohen was one of the biggest stars in figure skating during her career — and for fans of the sport, it's easy to see her influence even today.

Cohen is, in so many ways, the epitome of the golden age of American ladies' figure skating. From the '90s through the early '00s, it was almost expected that American women would be on the podium at every event. Cohen was the last of this skating dynasty that also included greats like Kristi Yamaguchi, Nancy Kerrigan, Michelle Kwan, Tara Lipinski, Sarah Hughes, and Kimmie Meissner. In fact, after her bronze medal in 2006, American women went a full decade without medaling at the World Championships, until Ashley Wagner took home a silver medal in 2016. To this day, Cohen remains the most recent American woman to win an Olympic figure skating medal in ladies' singles.

Her particular style of skating is iconic — it's what we think of when we think of ladies' skaters: long, elegant lines; flexibility for incredible positions in spins; and graceful musicality. You can see elements of her style in some of the top American women in recent years: Gracie Gold's poised elegance, Karen Chen's incredible extensions, Wagner's knack for musical interpretation. Cohen is one of the skaters who reminds me of why I fell in love with figure skating in the first place. I remember, as a little girl, watching Ekaterina Gordeeva and Yamaguchi and Kwan and just being in awe of what they could do. Their grace, their expressiveness. Cohen is the last of that era in skating, so rewatching her programs is bittersweet and nostalgic for me. The sport isn't like it was back then, and that's both good and bad.

During her career, Cohen broke scoring records not for her jumps but for her artistic elements and attention to detail.

During her career, Cohen broke scoring records not for her jumps but for her artistic elements and attention to detail. When the scoring system switched over to the International Judging System — a more detailed points-based system that assigns value to elements, as well as "grades of execution" — Cohen became the first skater to receive +3 grades of execution on her spirals, and she also was the first woman to break the 130-point barrier on a free skate. Today, you can see her influence in the popularity of difficult, arabesque spirals (shown above) and the "I-spin," in which the skater's free leg stretches all the way up, forming an "I" shape. 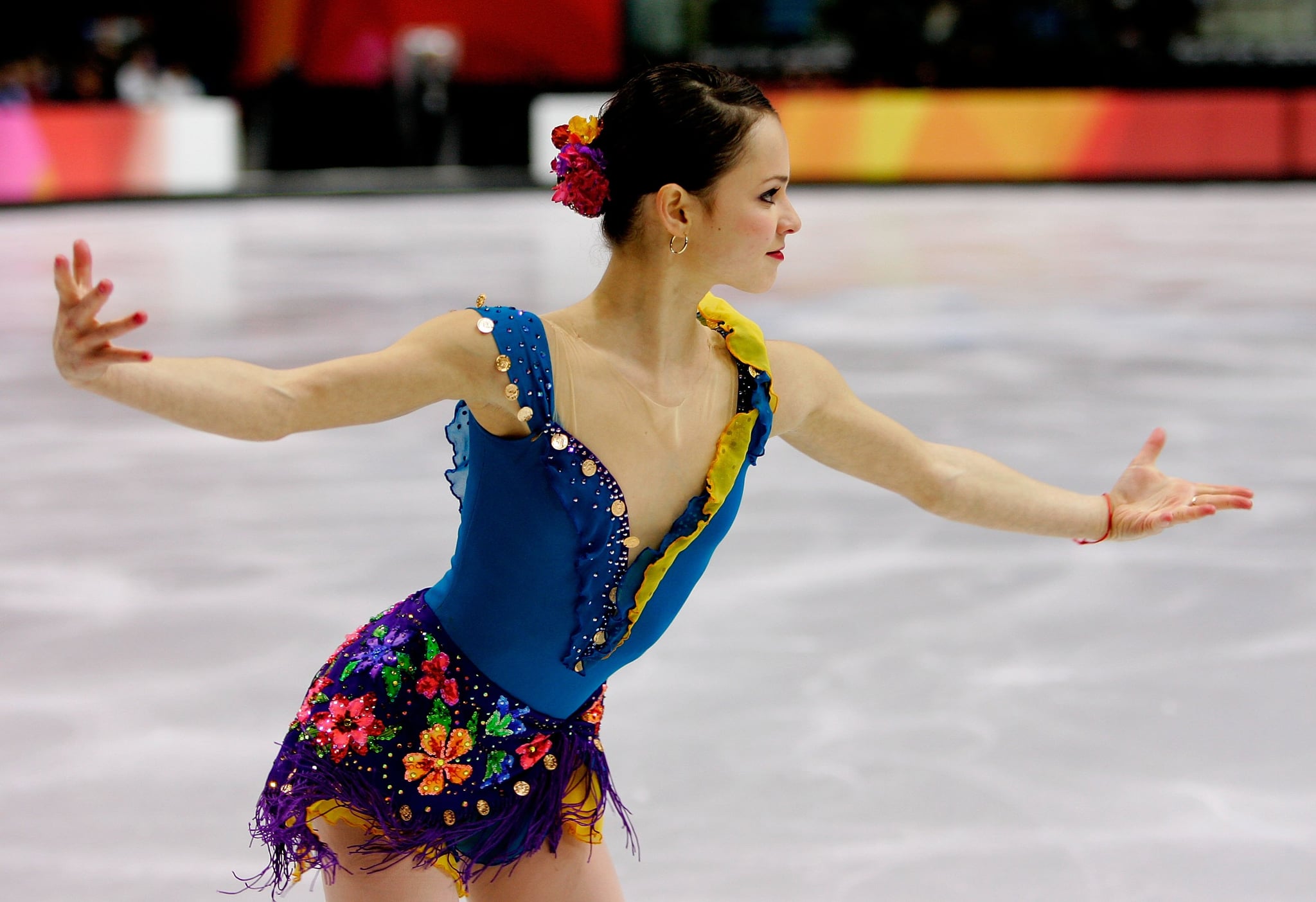 Figure skating looks a little different now, and the priorities of Cohen's era have somewhat faded into the background. Over time, the scoring system has shifted to reward jump-laden programs more than artistically cohesive ones. Spirals are no longer particularly relevant to scores. And, as a result, ladies' skating tends to favor small, very young skaters whose bodies can pull off endless triple jumps or even quads. For comparison, Cohen was 22 when she won her Olympic and World medals in 2006. The most recent Olympic champion, Alina Zagitova, was three months shy of her 16th birthday when she won gold in 2018, and the past few years have been largely dominated by a revolving door of teenage phenoms. Even in the US, it's Alysa Liu and her stunning jumps that have prevailed for the past two years, even though she was too young by international rules to even compete at Junior Worlds the year she won her first senior national title.

From this perspective, Cohen was among the last of a dying style of skating — not a better one, just a different one. Skaters today might not focus on the same elements she did because the judging system simply doesn't reward them as much. For fans like me, who fell in love with the sport's unique blend of artistry and athleticism, it's frustrating. Beautiful skaters like 2014 Olympic bronze medalist Carolina Kostner or, closer to home, reigning US silver medalist Mariah Bell will always struggle to pierce the top tier of skating, because they don't have quad jumps in their programs.

Today, she's modeling something even more important for young skaters: how to find purpose and meaning after their careers have ended.

Big jumps put tiny, young skaters at an insurmountable advantage, and it's not as much fun to watch and get invested knowing that, as their bodies mature or they become injured, every top skater will fall by the wayside, before they have the opportunity to develop unique artistry and personality on the ice. Cohen, like many skaters of her era, had a long career, one in which fans could root for her to continue developing as an athlete and a performer and look forward to what she would do next. Shorter careers may produce bigger tricks, but they make the sport feel emptier.

Yet it's hard to ignore the fact that Cohen and the other skaters of her generation influenced today's athletes, who would have grown up looking up to her. Today, she's modeling something even more important for young skaters: how to find purpose and meaning after their careers have ended.

Celebrity Families
Ashlyn Harris and Ali Krieger Adopt Their Second Baby: "Our Hearts Are Full"
by Victoria Messina 8 hours ago