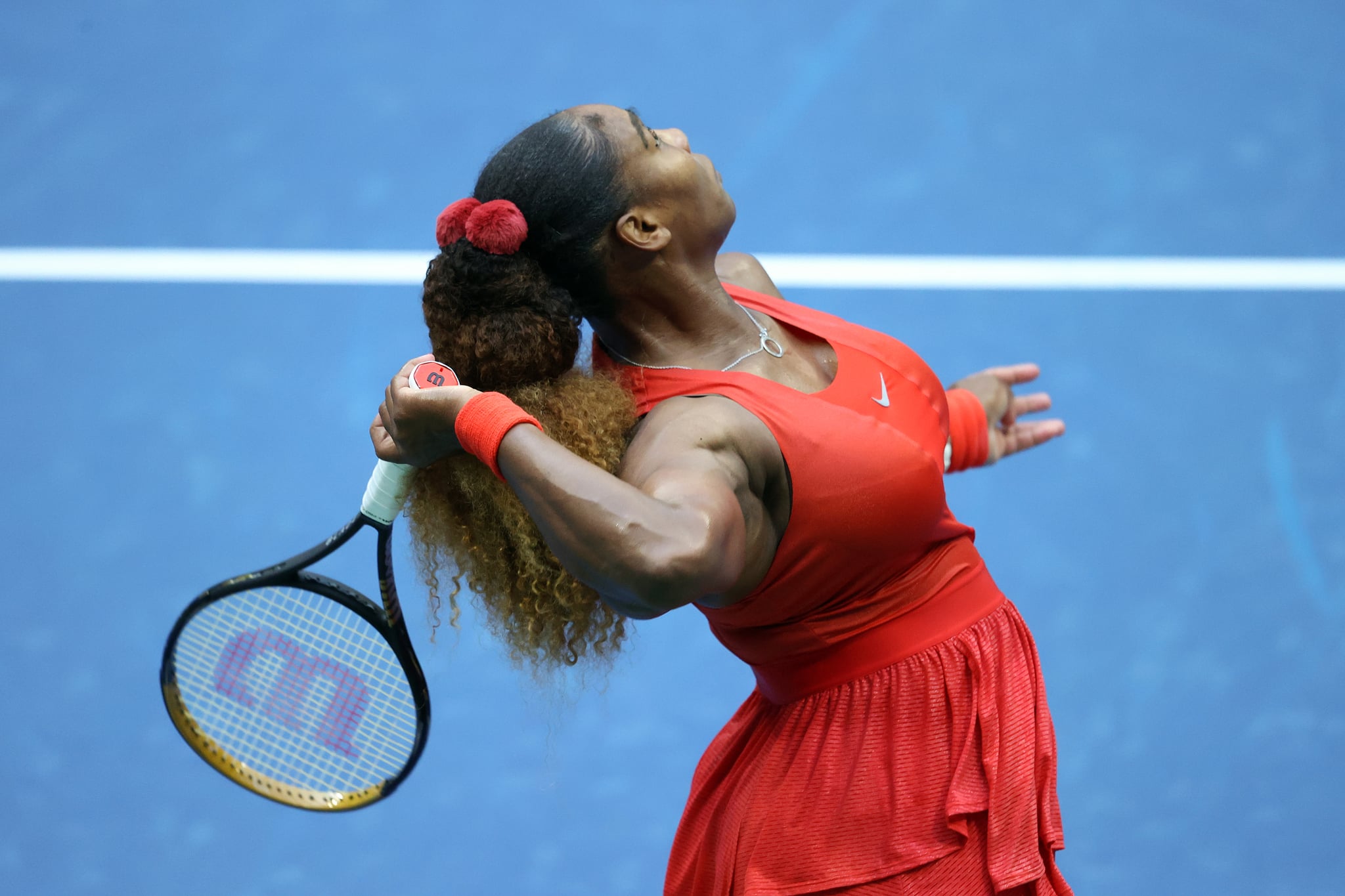 Serena Williams made her 2020 US Open debut on Tuesday, Sept. 1 and won against Kristie Ahn in the first round 7-5, 6-3. This grew her tally of US Open singles match wins to 102, the most of any tennis player in the tournament's history. Williams tied the record held by Chris Evert at last year's US Open semifinals. One of the best parts of this new record? Williams achieved it on daughter Olympia's birthday!

Williams, who turns 39 this month and has six US Open titles under her belt, continues to set records at the US Open with each new round. She's officially off to her 53rd Grand Slam quarterfinals after her Sept. 7 win against Greece's Maria Sakkari in the fourth round, which made her tie Martina Navratilova for the second most Grand Slam quarterfinal appearances out of any female tennis player (the record, 54, is held by Evert). Williams has increased her US Open singles match victories to 105 ahead of those quarterfinals, and officially became the first player ever to reach 100 wins in Arthur Ashe Stadium. Roger Federer is second on that list with 77 wins in that stadium, according to The New York Times.

Williams won her first US Open match in 1998 — though it wasn't until the year after that she received her first Grand Slam victory at the US Open. In a court interview after her first round at this year's US Open, she said she was happy with how she fought for every point, adding that she got her "Serena focus" back.

"It's been years, since the '90s, since I won a match in straight sets!" Williams admitted after that first 2020 US Open round. "It felt really good. I was like, 'Serena, just be Serena and close it out,' and I know I can do that, so it felt really good." Playing without fans was quiet, she noted, but the atmosphere still felt like a Grand Slam to her. "I'm still as, I think, passionate and intense out there."

Williams continued, "I've always said, 'You can't do it forever,' even though I've kind of been doing it just over forever. One of these days, it's going to end, and I just love being out here." She is chasing her 24th Grand Slam singles win, which would tie Margaret Court's overall record.

Williams's older sister Venus, the oldest player on the 2020 US Open card, lost her first-round match with Williams in the crowd. However, she reached the most US Open appearances with 22. Serena said after her own first-round match that both sisters never thought they'd still be playing over two decades since their pro tennis careers began. "It's kind of cool now," she stated, "we're part of the in crowd by playing at our age."