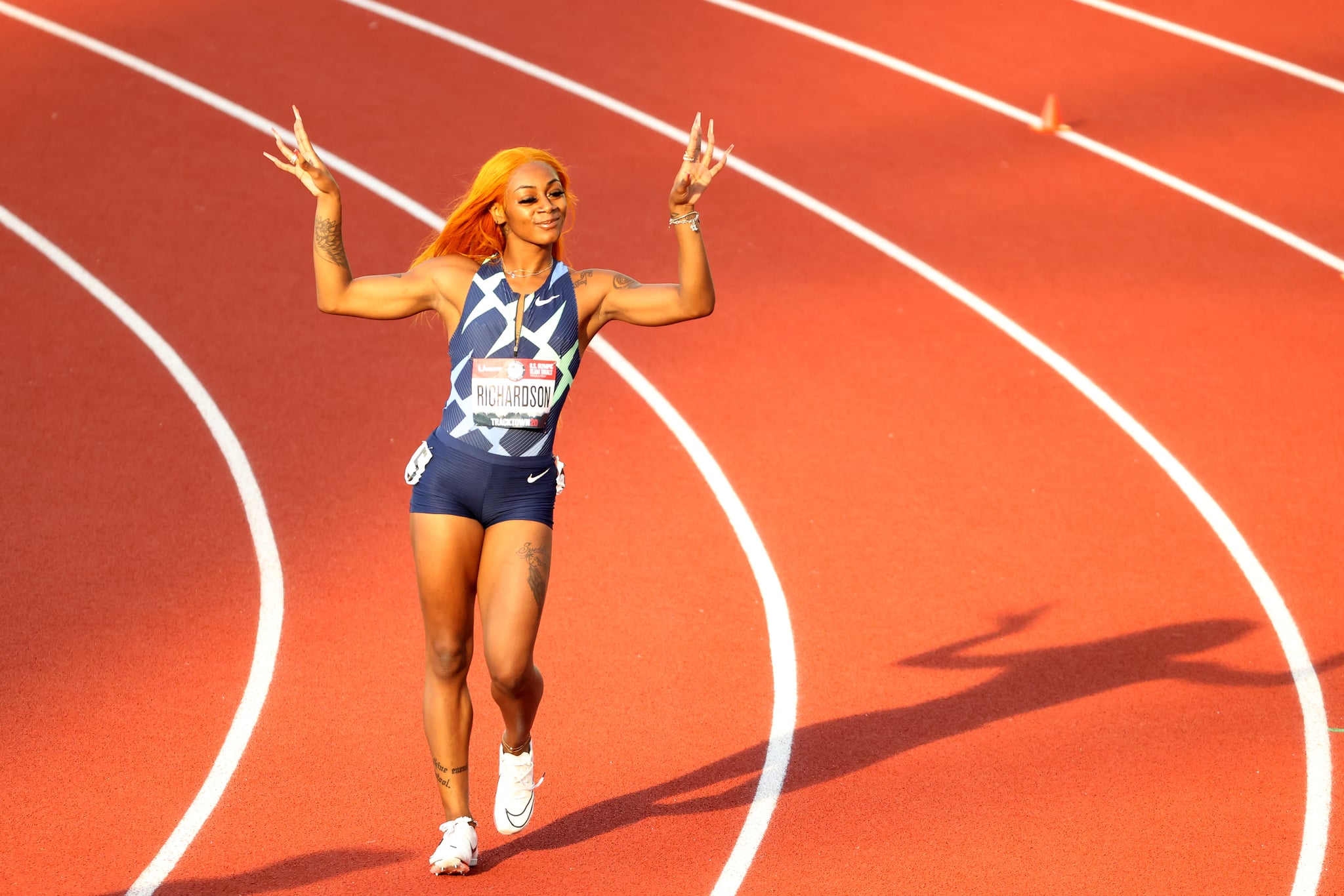 Sha'Carri Richardson is on the fast track to becoming a standout star of the forthcoming summer Olympics in Tokyo. The 21-year-old vibrant sprinter with a signature style secured her spot after coming in first during the 100-meter dash at the recent Olympic Trials. Richardson, who is currently the fastest woman in the nation, has said making it to the esteemed international event was always her "ultimate goal" — in fact, it may be why she made the difficult decision to end her college career early and dedicate herself to going pro.

"This is only the beginning of the rest of my life."

Before graduating from David W. Carter High School in Dallas in 2018, Richardson committed to starting at Louisiana State University in the fall. "I would like to thank everyone that's helped me through this process and supported me as well as every school that had interest in me," she wrote, "but I will be taking my academic skills and athletic talent to Louisiana State University." She had a successful freshman year, and described it as an "unbelievable" experience on Instagram. "This is only the beginning of the rest of my life," Richardson said. "I welcome y'all in it."

Related:
Simone Manuel Is Shattering Assumptions of What a Swimmer Is Ahead of the 2021 Olympics

Shortly thereafter, however, in June 2019, Richardson announced she would be leaving LSU after much deliberation. She thanked her coaches and fans for their support throughout the year, and added, "After talking to family and praying for guidance with this decision, I would like to announce that I have decided to pursue my lifelong dream and become a professional athlete."

Later that same month, Richardson signed with Nike. Then, last year, she was the subject of an episode in Quibi's Prodigy docuseries. And though Richardson is now on her way to the Olympics, it does indeed still feel like this is only the beginning.