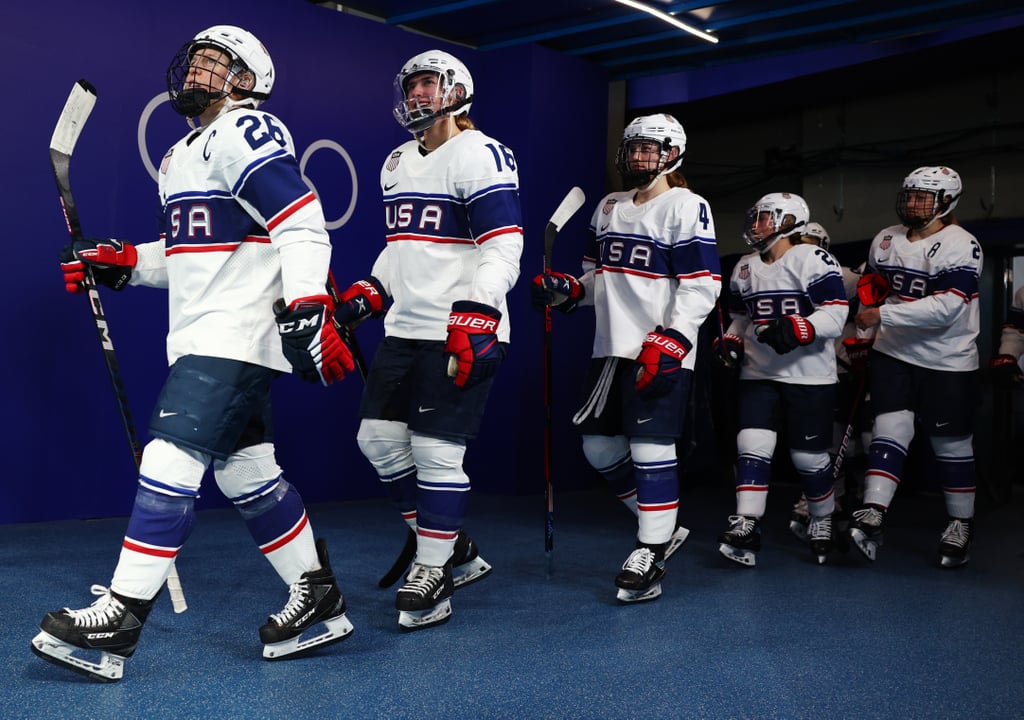 Team USA is once again in the playoffs of the Olympic women's hockey tournament, and if you haven't already, you're going to want to get to know these impressive athletes. The 23-player Olympic roster includes 15 returning Olympians, 13 of whom were on the gold-medal-winning team in 2018, as well as eight athletes making their Olympic debut. Of those with prior Olympic experience, four are competing in their third Winter Games. Meanwhile, legend Hilary Knight is making her fourth Olympic appearance, tying a record for US women's hockey.

Since the sport debuted in 1998, Team USA has brought home a total of six Olympic medals, including two golds, which were contested exactly 20 years apart. After a historic win over Canada at the 2018 Winter Games in Pyeongchang — the US won 3-2 in a nail-biting, sudden-death shoot-out — the team is vying for back-to-back gold medals. Ahead, learn more about the athletes hoping to win big in Beijing.

Related:
Here's Everything You Need to Know About How to Watch the 2022 Winter Olympics in Beijing
Previous Next Start Slideshow
OlympicsSportsWinter Olympics 2022HockeyAthletes

Sports
Women Race-Car Drivers Are Asking F1, "When Is the Sport Going to Be Ready For Us?"
by Mara Santilli 10 hours ago