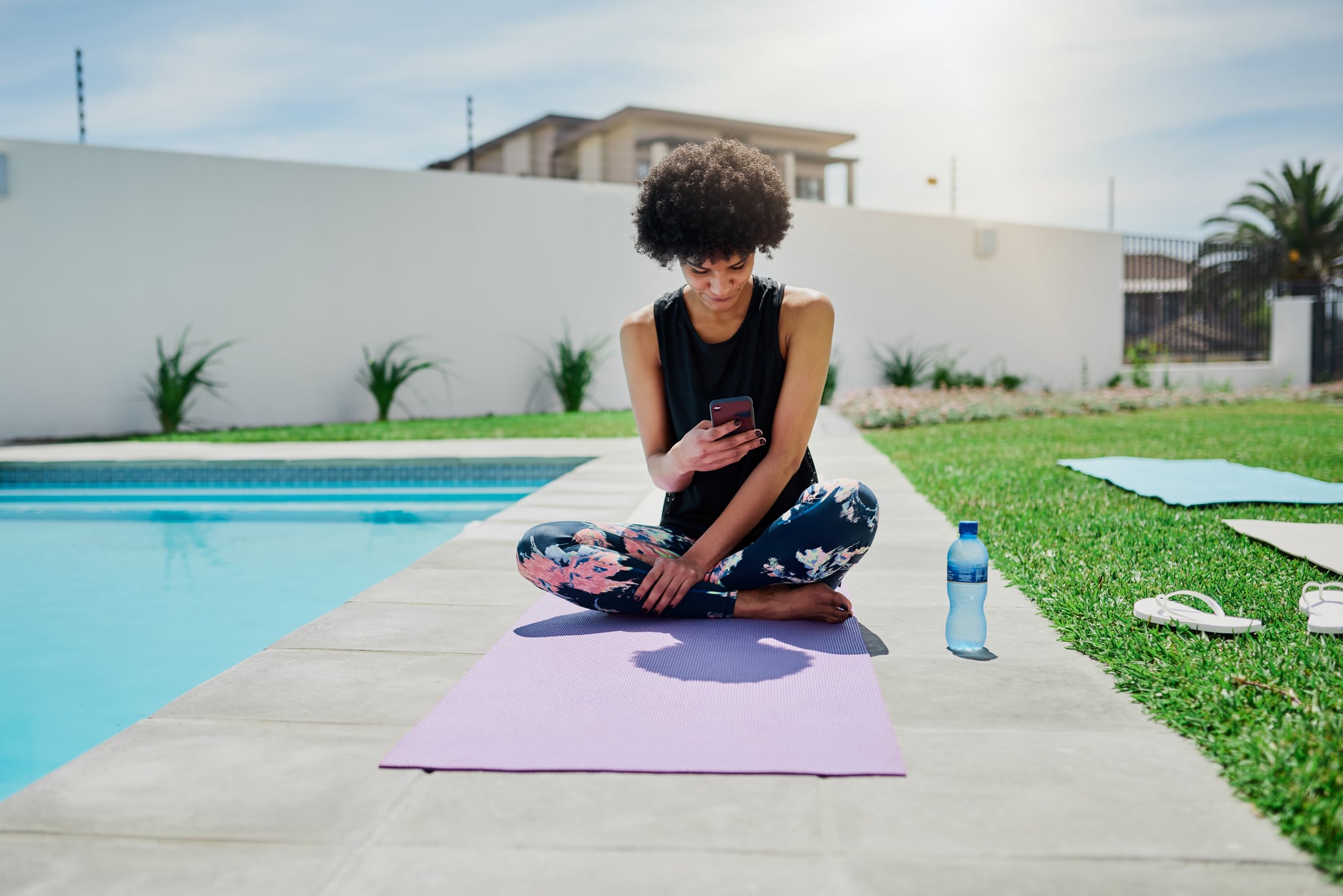 Katara McCarty was adopted and raised by strong Black women — her mom and grandma — and she said she wanted to give back to her community by helping them reclaim the power that is seemingly stripped away on a daily basis due to racism and the trauma experienced because of it. "Exhale is an emotional well-being app designed for Black, Indigenous, Women of Color (BIWOC)," according to its website, and offers five sections of audio files meant to rejuvenate people in their time of need. It launched on Aug. 25 and features guided meditations and breathwork, coaching talks (called "listen" in the app), affirmations, and visualizations (called "imagine").

"My mom was never married, so living in a home with Black women and being raised in a Black community, creating this app feels very much full circle," McCarty told POPSUGAR. "These women opened up their home to me when I was in foster care as a newborn baby and raised me as their own. I'm coming back and saying, 'Hey, I'm creating this thing for Black and brown women who took care of me.'" Now, she aims to tend to them.

Related:
Your First Breathwork Practice Will Be Eye-Opening — Here Are 5 Tips to Guide the Way

McCarty, who is an antiracism coach, author, and podcast host, came up with the concept for the Exhale app this spring based on how she coped with the stress and anxiety from the novel coronavirus (COVID-19) pandemic and the trauma from continuously seeing the killings of Ahmaud Arbery, Breonna Taylor, and George Floyd in the media. "We experience racism and microaggressions every day and that's traumatic in itself, and we know what happens in our communities, but to see that play out in our news feeds was a whole other level of trauma that I've never experienced in my lifetime," she said.

McCarty continued, "I could feel that collective trauma and grief and, frankly, hopelessness in my community." She looked through the lens of her own life as a Black woman for what has helped her, she explained, "flourish in the midst of systemic racism that I face when I leave my home." 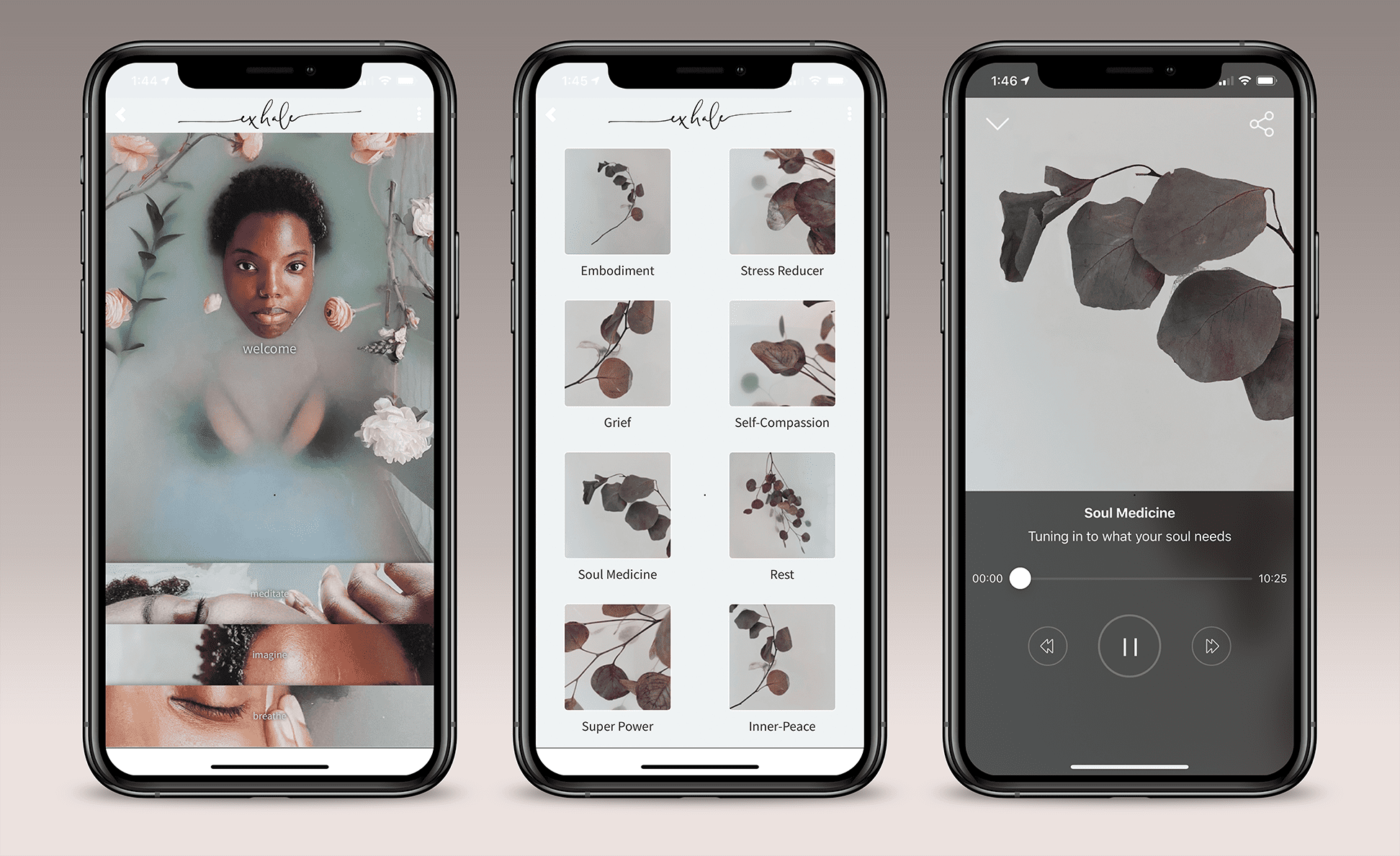 The app is free to download, and though McCarty and her team originally intended to charge a monthly subscription for premium features, they decided to keep everything at zero cost. That decision was made because they launched just days after the shooting of Jacob Blake, a time when McCarty said she felt Black women, emotionally, "were hemorrhaging." Eventually some of the audio offerings will revert to premium options, but she doesn't feel the need to make that change just yet.

"I've always said for many, many, many years that we are powerful people. We just have to learn how to access that power."

McCarty and her two daughters write and narrate the audio files on the app, and new ones are added monthly (McCarty has a sleep meditation in the works right now). Every day, the users get an affirmation notification to remember to tune into themselves and breathe. "I have brown daughters and I'm a Black woman. I have Black and brown family members," McCarty said. Really, they're writing what they as women of color wish to hear and to feel — as though they and their stress, anxiety, and trauma are truly seen and understood.

McCarty urges Black and brown women to use her app as a way to manage everyday stressors such as, she named, running late, as well as for experiences unique to them. "We have the regular stressors, then as Black, Indigenous, women of color we have systemic racism, microaggressions, anti-Blackness, all the systems of oppression that we have to weave through life in our brown and Black bodies."

She knows systemic racism will not be eradicated in her lifetime — perhaps not even in her daughters' lifetimes — but McCarty wants Exhale to be a haven for people to turn to before they venture out again and face those same systems of oppression. "Having tools to manage that really gives us power," she noted. "It gives us our power back. And I've always said for many, many, many years that we are powerful people. We just have to learn how to access that power."