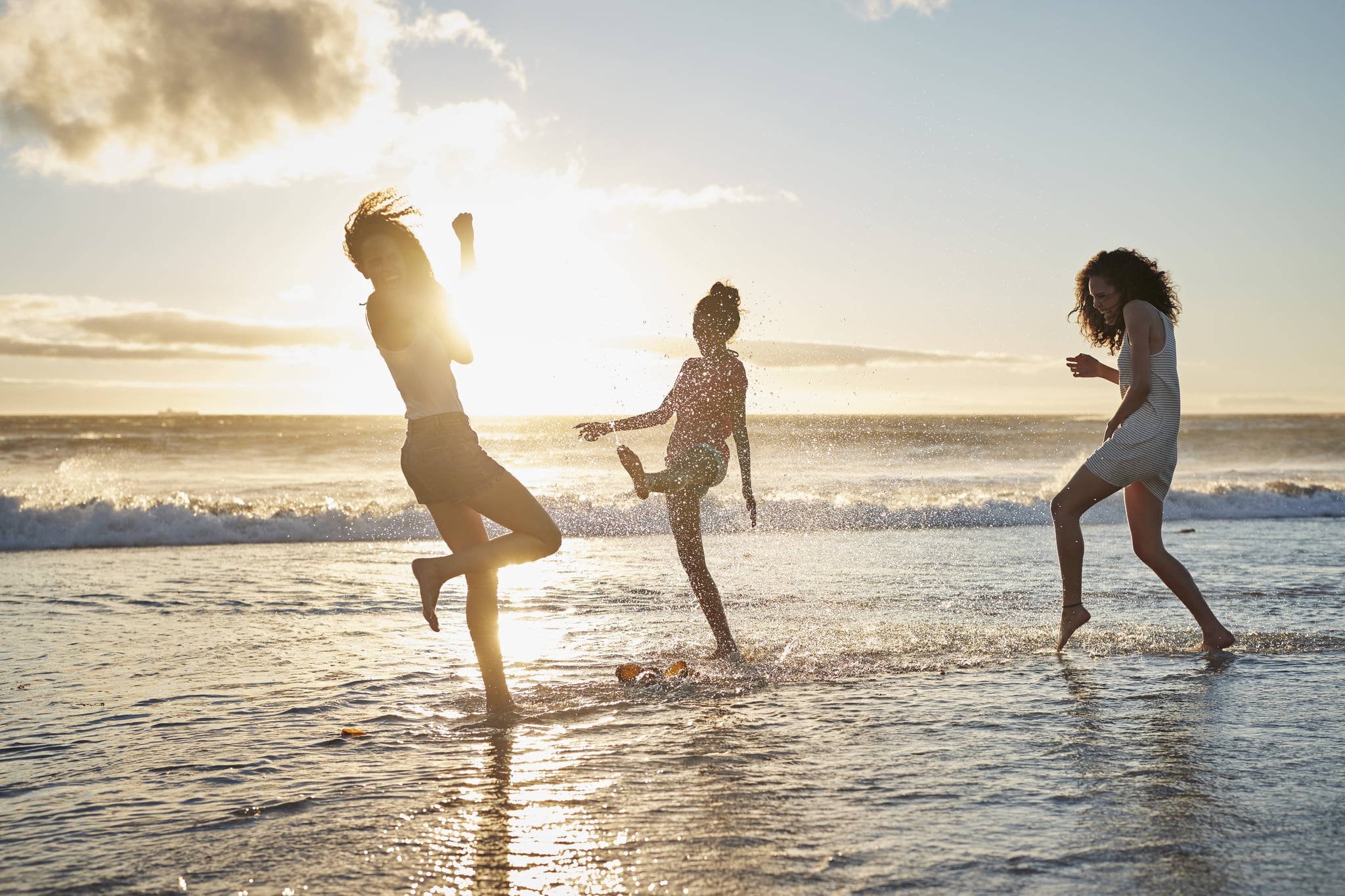 A year ago, I based my self-worth off the number on the scale. I felt that my body's natural hunger cues were signs of weakness. I believed that if I could just run longer, see a gap between my thighs, or fit into the smallest size, I would finally find happiness.

I was trapped in this cycle of disordered thoughts for half my college years. As a member of my university's lacrosse team, I wanted to have the strength and stamina to run a full game, but I didn't want the athletic build required. I was convinced that my best self was my smallest self — and with this disillusioned belief cemented into my head, I quickly found myself consumed in an eating disorder.

A part of me knew that the body I was starving myself for was neither attainable nor healthy, but I refused to acknowledge that my behaviors were a problem. In my mind, I wasn't "sick enough" for it to be an issue, so I remained in the comfort of my eating disorder, focused on this impossible task.

Eventually, I grew tired of aspiring to be my smallest self. This was not the life I wanted.

I was certain my problems would eradicate themselves once I achieved the body, and thus the life, I wanted. Yet even as the number on the scale dropped, I was never satisfied. I kept striving for more, chasing that feeling of success that came only from the growling in my stomach. The more attention I paid to what I was eating, the more isolated I became, even from the closest people in my life. I didn't have the energy to pursue my passions, or the motivation to study, or the self-confidence to look in the mirror without tearing myself apart. I was becoming a shell of the person I once was.

But eventually, I grew tired of aspiring to be my smallest self. This was not the life I wanted, yet it was the one I had created. I spent far too long merely surviving before I realized I deserved to live.

A year later, I'm proud to say I've gained back the weight I was once so terrified of and, in doing so, I'm the healthiest I've been in years, both physically and mentally. I don't know how much I weigh now, but it doesn't matter — no scale can quantify the life I've gained back in my eyes or the memories I've made since letting my eating disorder go. I no longer make decisions about where to go or what to do based on food. Instead, I'm excited to spend time with friends and family, eating and laughing and whatever else that entails.

Related:
I Got Strong Instead of Skinny, and I've Never Been Happier

I missed out on so many experiences when I was wrapped up in my eating disorder, even simple ones like getting ice cream with my younger sister, grabbing a beer (or three) after class with friends, or traveling without the nagging anxiety of missing a workout. It was through these small, though at the time intimidating, tasks that I took my life back, one day at a time.

My body inevitably changed as I recovered, but with those changes came physical strength, too. I've set personal records in both distance and speed running. I even broke a six-minute mile. That was something I never imagined I would be able to do, and it would have remained unachievable, along with countless other things, had I not learned to embrace my own strength, even if that means weighing a bit more.

Eating disorders are not a choice. They're an all-consuming, mentally draining, physically demanding conflict within ourselves. The path to recovery seems daunting, and it is, but the setbacks and obstacles I faced were worth it, because they brought me to this place. There's more to life than simply existing. And while I may be a few pounds heavier, I'm infinitely lighter without the burden of my eating disorder resting on my shoulders.