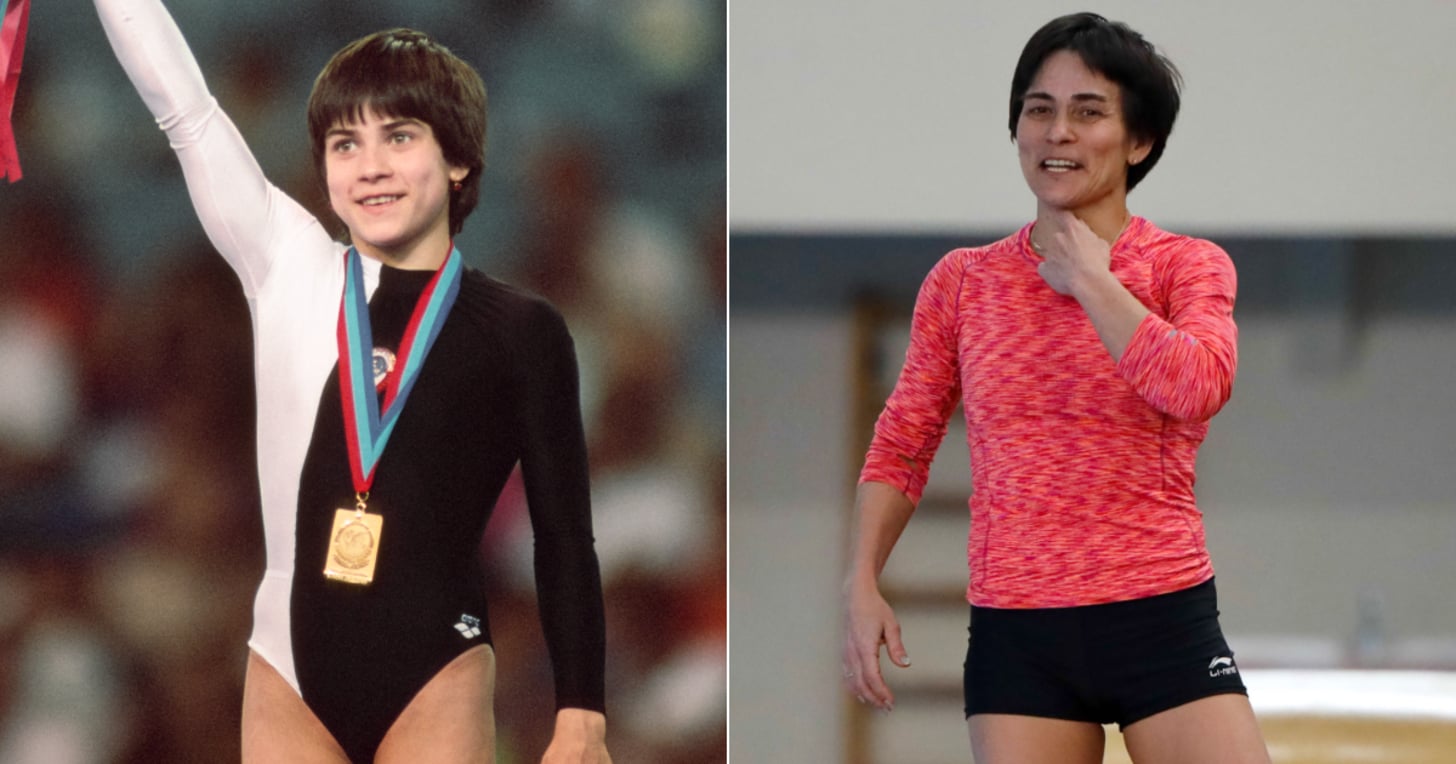 Tokyo is set to be Oksana Chusovitina's eighth Olympic Games. Yes, you read that correctly, and, yes, that's a record. Chusovitina, 46, will be the oldest Olympic gymnast ever. She was 17 at her first Games in 1992, and across her career, she's represented the former Soviet Union ("Unified Team"), Germany, and her native country of Uzbekistan, the last of which she will represent this summer.

What's really incredible is that she kept up with the sport's evolution, improving her skillset in order to get a competitive edge as gymnasts continued to perform routines with increased difficulty. She is competing on the global stage almost three full decades after her Olympic debut, and she has five skills named after her in the Women's Artistic Gymnastics Code of Points. If you want a trip down gymnastics memory lane, the Olympic Channel put together a compilation of her Olympic routines, which you can watch here.

Chusovitina has stayed with the sport out of joy, even when her son, Alisher, was diagnosed with leukemia at age 2 and sought treatment in Germany thereafter. Chemotherapy lasted three years; subsequent checkups lasted five. "Many people thought that I was competing to provide medical treatment to my child, but it was the whole world that helped me to collect money for Alisher's treatment. This was not in any way related to my career," Chusovitina told CNN last year. "I was training to distract myself from everything that was going on at the hospital."

Chusovitina is known primarily now as a vault specialist, having won a total of nine world medals on that event. At 33, she also claimed an Olympic vault silver medal at the 2008 Beijing Games while representing Germany, after which she found out her son was cancer-free, she told the International Gymnastics Federation. So much changed through the years on vault alone that this athlete had to keep up with, too, and despite it all, she's progressed: "I only got better, like fine wine."

For instance, there was the transition from a horse to a vaulting table around, roughly, the turn of the century. There was also the 2006 switch in scoring from a perfect 10 to the combined difficulty and execution scores that challenged gymnasts on every event to add harder skills into their routines. To put things into perspective, she attempted the extremely hard Produnova (a front handspring entry with two full front flips off of the vaulting table) at the last Olympic Games. According to The New York Times, it is often referred to as "the vault of death."

Aside from that silver medal in Beijing, Chusovitina claimed a team gold medal with the Soviet Union back in 1992. It's incredible what she's done since, and she told Inside Gymnastics Magazine this year, "I think I am one of the pioneers to let every woman know that you can be a wife, you can be a daughter, you can be a mother, and you can be an Olympic athlete and an Olympic medalist." She added, "Anything is possible, and age is just a number!"

Record-wise, Chusovitina out-ages the late Lucien Demanet of France who competed at the 1920 Olympics when he was 45, according to Bleacher Report. In Tokyo, though, you'll see 40-year-old Romanian Marian Dragulescu on the competition floor for men's gymnastics.

This Olympics, Chusovitina says, will be her last. "My body and mind feel it and I know for the first time in my life, that it's time for me to go," she stated to Inside Gymnastics Magazine. Her passion for the sport has kept her sprinting down that vault runway, and witnessing her compete in her final Games is going to be a sight to see.