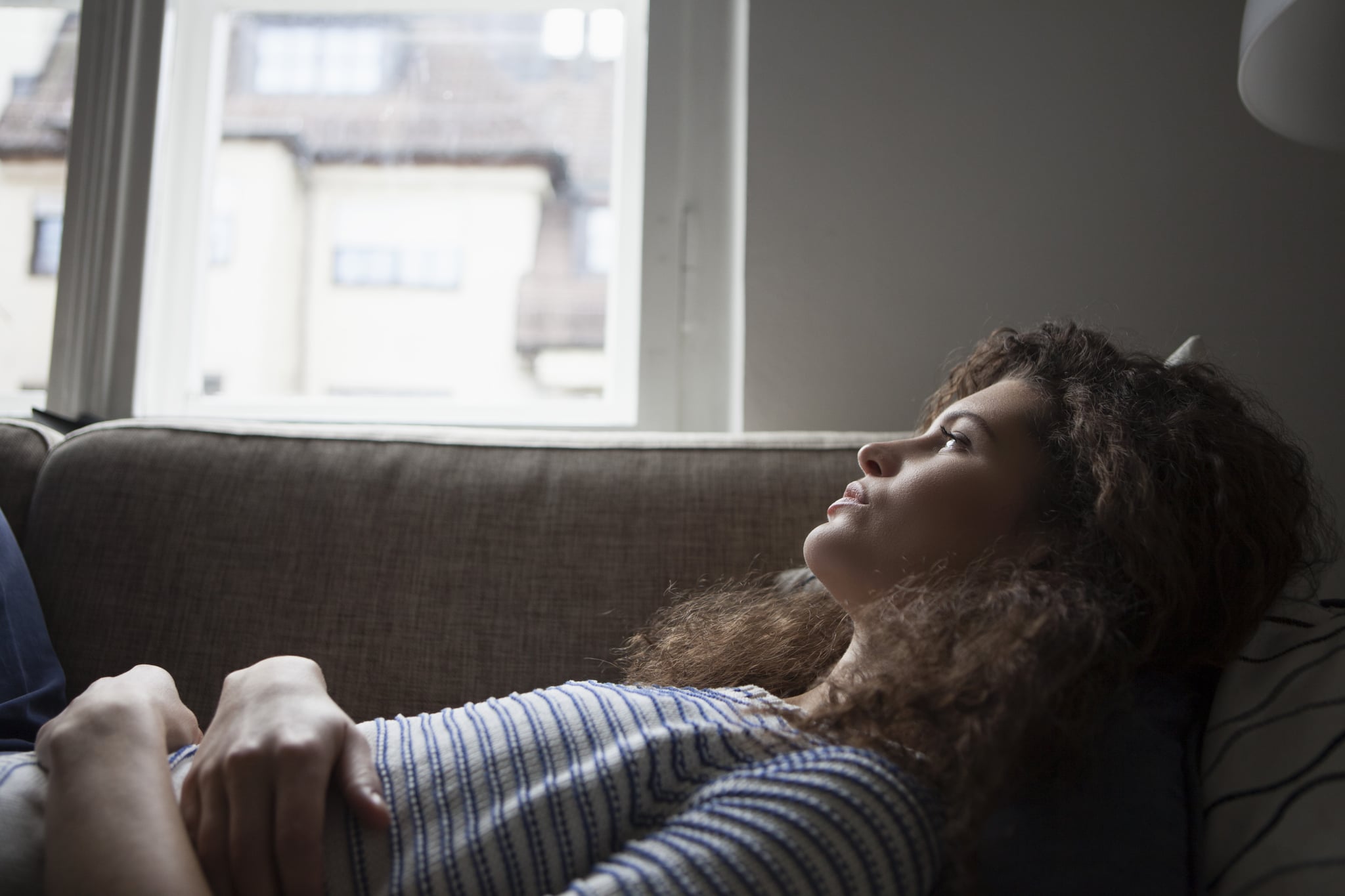 Two years ago, as I left my office to grab a coffee, I was suddenly overwhelmed with pain in my pelvis. It took everything in me not to double over and scream in the middle of the street. Instead, I grabbed my drink, ran to the bathroom, and sat on the floor until it went away. Moments like this had been occurring more frequently, accompanied by other symptoms such as lower backache and pain after sex. I knew I had to see a doctor.

After discussing my symptoms, the doctor said it sounded like a urinary tract infection and prescribed me a two-week course of antibiotics. I left feeling hopeful that soon all the pain and worry would be gone. But, as the days went by, I didn't feel any different, so I went back to see what was going on. I left with another course of medicine, just in case the previous tablets hadn't worked. This went on for six months.

The day before Christmas Eve, my boyfriend and I were heading to our favorite sushi restaurant in London for dinner, and as I hopped into the shower to get ready, I noticed my entire body was covered in a rash. I went straight to the hospital, worried it was an allergic reaction, but after lots of tests, I was told I was fine. My frustration grew at the situation. I had never felt so unwell but was constantly being told I was OK.

At the start of the new year, I stopped taking the medicine and made it a resolution of mine to get to the bottom of this. I asked my doctor if I could be referred to a specialist, and a week later, after a brief and rather uncomfortable internal examination, he told me he was certain I had endometriosis, which I had heard of but admittedly didn't know much about. The doctor calmly explained that, in endometriosis, the tissue that lines the uterus starts to grow in other areas, such as your ovaries. This tissue then bleeds, but the blood becomes trapped, causing pain and inflammation. He said it was a long-term condition that can cause complications, including infertility. I left his office and ran to the bathroom to cry, something that seemed to be becoming a regular occurrence at this point.

What followed was two weeks of endless scans and ultrasounds, followed by a very last-minute surgery on Valentine's Day to perform a laparoscopy and remove the tissue. I came out of the operating room feeling an immense amount of pressure in my lower abdomen, and it was days before I could even get myself up to walk to the bathroom. I had never felt so helpless.

Although I find comfort in knowing I'm not alone, I'm still overwhelmed with sadness.

A year later, all I have as a reminder of that day is a couple small scars on my stomach. I will forever be grateful that I was able to get the help I needed and that my symptoms have been reduced. However, sadly there is no cure for endometriosis, and I don't know if I will be able to have children in the future, something that weighs heavily on my mind.

Since opening up about my journey, I've connected with other women who have gone through the same thing — and although I find comfort in knowing I'm not alone, I'm still overwhelmed with sadness. Many of these women have not yet received treatment for their condition, because it's so widely unrecognized. In fact, it can take up to 10 years for patients to be diagnosed. I hope that by speaking out myself — and encouraging others to do the same — fewer people will have to suffer in silence in the future. And hopefully, with more awareness, we'll see progress.