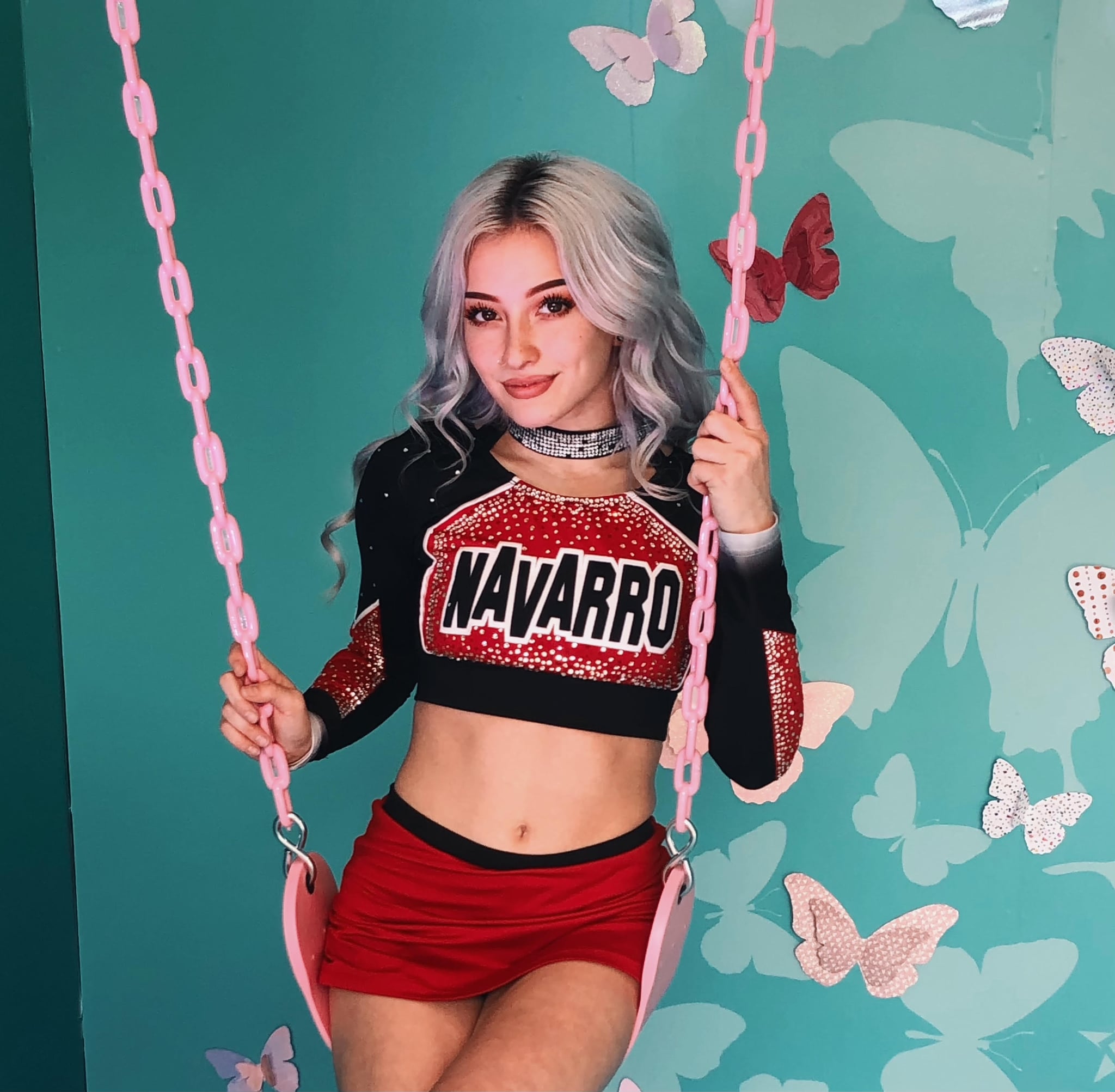 Lexi Brumback, a skilled tumbler who rose to fame in the first season of Netflix's Cheer, returned for season two — though not all of it. At the halfway mark of this second iteration, following the cancellation of Daytona 2020, we learn that Brumback isn't on Navarro's cheer team anymore. To be specific, coach Monica Aldama briefly mentions at the start of episode five, "Lexi is not here," and we're left without further explanation. Brumback spoke with POPSUGAR to remedy unanswered questions and assure Cheer fans she's on to new and creative opportunities.

So why wasn't Brumback with the Navarro cheer team leading up to Daytona 2021? According to the 22-year-old, it had to do with grades. She says she was on the squad for the fall semester despite the fact that the Netflix show seems to omit that part of the 2020-2021 season — here's a tumbling video she posted from that time.

Brumback notes that she has "really bad ADHD," and not being able to interact face-to-face with teachers in a classroom environment affected how she was able to get work done. Struggling academically, she explains, made her mental health plummet, and she "wasn't able to come back for a second semester." Brumback, who says she wouldn't have been allowed to compete in Daytona due to her falling GPA, states, "It was a rough start, and it took a lot of learning and reflecting to understand that it's OK to mess up sometimes, and what matters is that you just learn from it."

Brumback was at a WWE athlete tryout when coach Aldama phoned her about the Daytona GPA requirement. "And she was like, 'Unfortunately, you know what that means, but I still love you, still care about you. I'm really sad that you won't be able to join us, but just know if there's anything you ever need help with, you can always call me,'" Brumback recalls. "I love cheer, it was a huge part of my life, but that's not the career path that I want to take. And [Monica] knows that, too. I was sad about it, but I wasn't too beat up about it because I have different hopes and dreams for myself."

Related:
Cheer: Here's What the Athletes Featured in Season 2 Are Doing Now

Brumback says she may do a cheerleading practice session every now and then, but she isn't sure she'd ever join a competitive team again. "I definitely want to keep up skills for as long as I'm able to do it because it's good for the body to get in and work out," she added. "Cheerleading, especially what I do is tumbling, it's a full-body workout, and if I can still do it, why not."

As for what the future holds, Brumback hopes to enroll in art school — check out her art Instagram to sample some of her creative work. She's designing new ideas for her merch line and also wants to dabble in the beauty and travel spaces (because "traveling is living in its purest form"). What's more, she's taking acting classes and even says she landed a movie role with a popular franchise.

Brumback now lives in Houston with her boyfriend, Dominic, and she sees herself staying in the city longterm. Thinking back to that fall 2020 semester at Navarro, she concludes, "One thing that I really had to learn was, whenever you do something wrong, you can't sit there and bully yourself over it. It's just going to make things worse. One quote I really like to tell myself is, 'Don't focus on what went wrong, focus on your next steps in fixing it.'"

Brumback may be stepping away from full-outs and flips, but she sure seems to be forging a new life path aligned with her interests. Cheerleading, overall, has taught her how to put differences aside and be a teammate when it matters most. "It teaches you major people skills and how to overcome your own problems, or even problems with each other, and come together and see the bigger picture and work towards that as a team," she says. "If there's no trust, there's no team."

Mental Health
Saweetie's "3 Bs" — Balance, Breaks, and Boundaries — Are Her Antidote to Burnout
by Emily Oldenquist 1 week ago