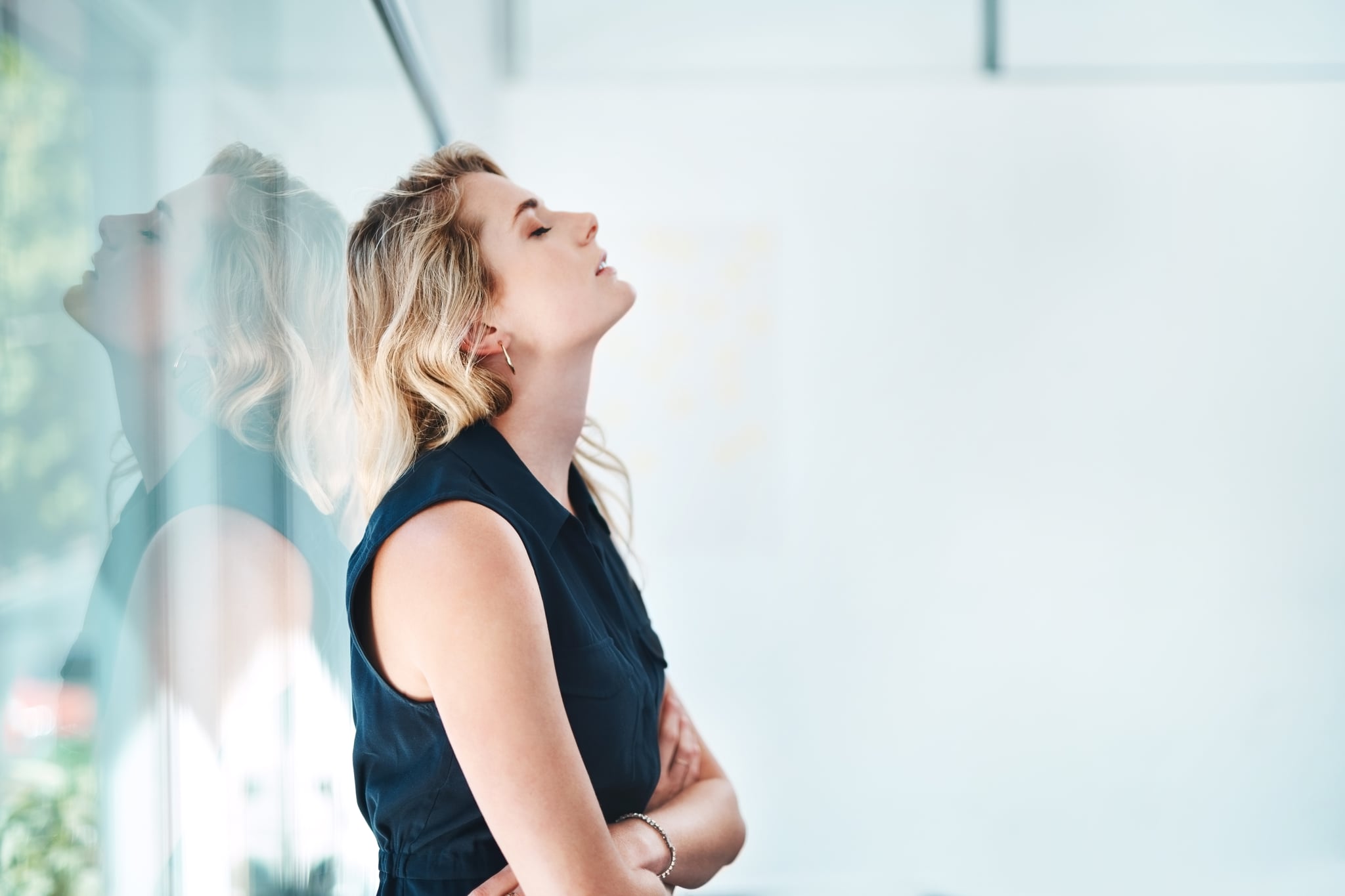 For most of my life, I operated under the assumption that sick days were reserved for times when I was so ill, I couldn't physically move. When I sensed that I was coming down with the flu or a virus, I took vitamins and tried to power through — and then inevitably ended up sicker because I didn't allow myself to sleep and recharge. The same was true for my mental health. When I started my first job after college, I was dealing with severe post-traumatic stress disorder (PTSD) and an eating disorder. A concerned supervisor urged me to spend a week at my parents' house to focus on my mental health and come up with a treatment plan. I was grateful for her support, but opted to remain at work because I didn't want her to doubt my commitment to my job.

The company didn't have any policies in place for situations like mine, but my manager's generous offer came with the assurance that she wouldn't even count the week off towards my sick days. We remained in touch after we both left that job, and several years later, she told me that someone close to her had similar issues and she could tell that I was on a dangerous path. And she was right. Panic attacks became a daily occurrence that interfered with my ability to function at work, and I lost weight rapidly. Several months after I declined her offer, my therapist told me that I needed to check myself into an inpatient eating disorder center.

The idea of taking a week off to tend to my mental health had been horrifying to me, and then I found myself filing paperwork for a medical leave of absence that would end up lasting two months. It's impossible to know what would have happened if I'd listened to my supervisor's advice and taken a few days off to reevaluate before things escalated, but I'd venture to guess that the outcome would have been at least a little bit brighter.

When I started my next job, I was in a much better place. But recovery isn't linear, and I still struggled. My anxiety remained a constant companion, and whenever I was stressed or upset, my instinct was to return to disordered eating. Once again, I was lucky enough to have a boss who recognized that I was both a devoted worker and a person who struggled with her mental health. She took a blunt approach, and it was effective. One afternoon she saw that I was struggling, so she called me into her office and asked me what was going on. I admitted that family problems had triggered some anxiety and that I had been sleeping about two hours a night that week. She sent me home to rest, and that evening I got a text message that read, "Take a mental health day tomorrow. Don't come into the office; I'll send you home."

Related:
Mental Illness Can Be Debilitating, and It's Harmful to Pretend That's Not the Case

This would be a good time to acknowledge how fortunate I was to work for companies with generous paid time off and supervisors who cared about my well-being, even if there was no policy in the HR handbook to force their hand. Unfortunately, this isn't the norm for millions of workers, but it should be. A quarter of employees in the United States have no paid sick leave at all — and the majority of these people are low-wage workers who otherwise simply can't afford to take a day off. We need to advocate for paid time off for every single worker in the country, and that should include mental health days.

It's expected that you'll take a day or two off if you have the flu, but the attitude towards conditions like anxiety and depression is quite different — and that needs to change.

Carla Marie Manly, PsyD, a licensed clinical psychologist and author, explained that our society tends to stigmatize and downplay mental illness, so it's no surprise that many of us are hesitant to prioritize our emotional wellbeing. It's expected that you'll take a day or two off if you have the flu, but the attitude towards conditions like anxiety and depression is quite different — and that needs to change. "When policies are in place to support mental health days, the student or employee is able to consciously utilize the time off to relax, decompress, and attend to the underlying causes of the mental health issues," Dr. Manly told POPSUGAR. "However, if policies are not in place to validate and support mental heath care, the underlying issues are simply not given the attention they deserve." Other times workers and students may take the time they need, but pin their absence on a physical illness, which only adds to the shame.

Either way, when we don't have the opportunity to openly tend to our mental health, it affects our ability to be fully present and work to our potential. Dr. Manly explained that this often means a person's productivity will suffer, along with their health.

Some states have passed laws declaring mental health days as valid absences for high schoolers, and a number of companies allow employees to take sick time to focus on their mental health; but until these policies are made universal, you may need to advocate for yourself. If you need a mental health day and your company doesn't have guidelines in place, Allie Shapiro, MD, a psychiatrist at Community Psychiatry in California, recommended starting with your immediate supervisor. "Ask for a day off for mental health reasons, because that's the truth and no one needs shame attached to it," Dr. Shapiro told POPSUGAR. "If anyone asks more questions or wants more specifics justifying why you want a day to yourself, you can personally choose how much to share or not to share." She noted that a supervisor may only ask if you put in multiple requests for mental health days.

"Remember, you are in control and know best what you need to stay healthy and happy. It's OK to tell others what you need to care for yourself," Dr. Shapiro said. One day, hopefully soon, you won't have to fight so hard for something that should be the right of every American.