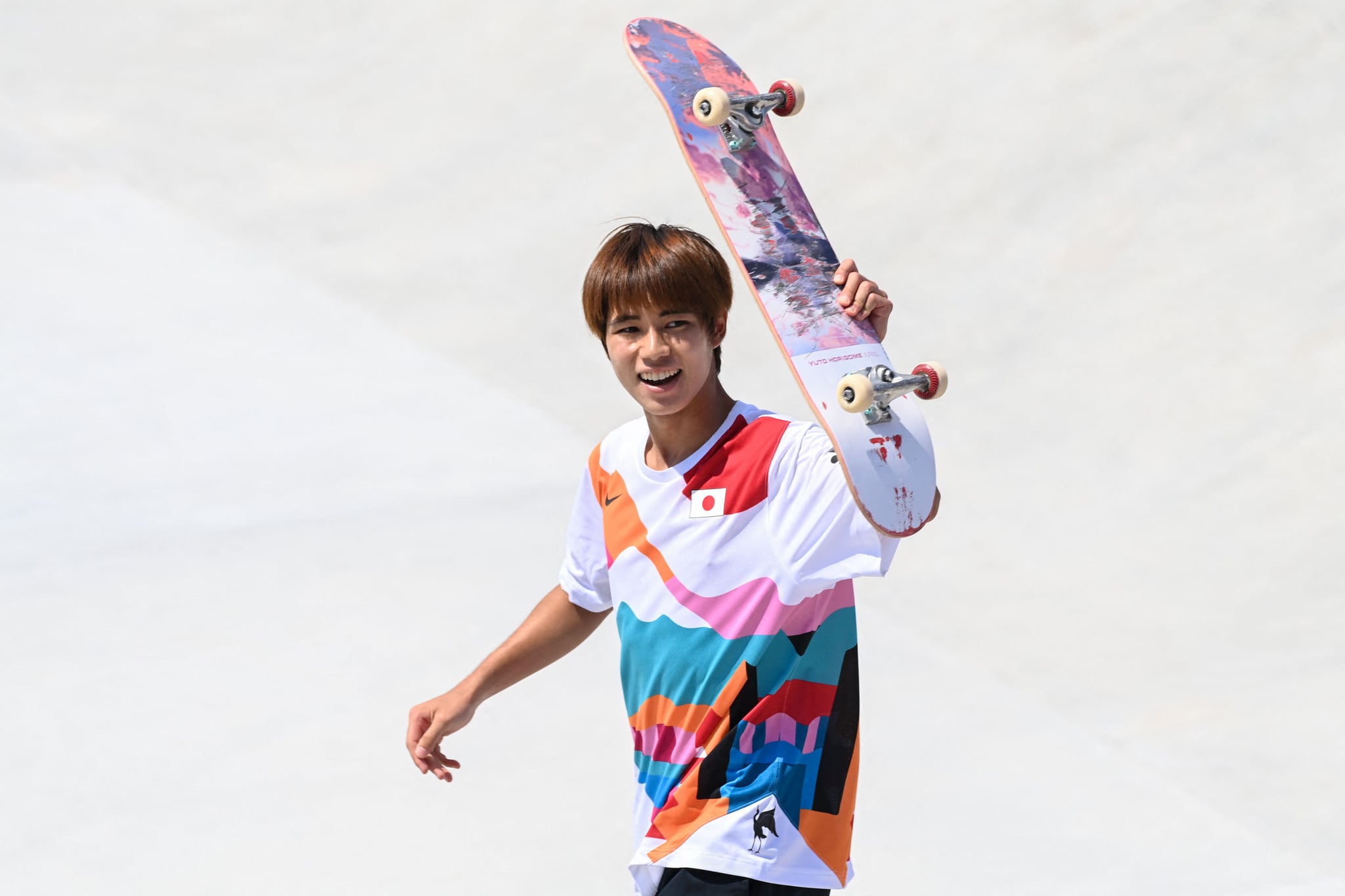 Defending world champion Yuto Horigome of Japan is the first skateboarder to win Olympic gold, taking home the top spot in the men's street competition on Sunday at the Ariake Urban Sports Park in Tokyo. Kelvin Hoefler of Brazil and Jagger Eaton of the US won silver and bronze.

For Horigome, it was a comeback for the ages. After each skater had taken their two 45-second runs, Hoefler sat in first place with Eaton and Nyjah Huston of the US following in second and third. Horigome fell on both runs and was out of the running for the podium entering the best trick competition in which riders are judged on five separate, singular tricks. With his back against the wall, Horigome landed four out of five tricks, even grabbing the highest score of the day with a 9.50. Even better: the Tokyo native was competing in his hometown district, Kōtō, when he won the historic gold. And with the women's street and men's and women's park competitions still on the way, skateboarding is off to a strong start at its first Olympic Games.