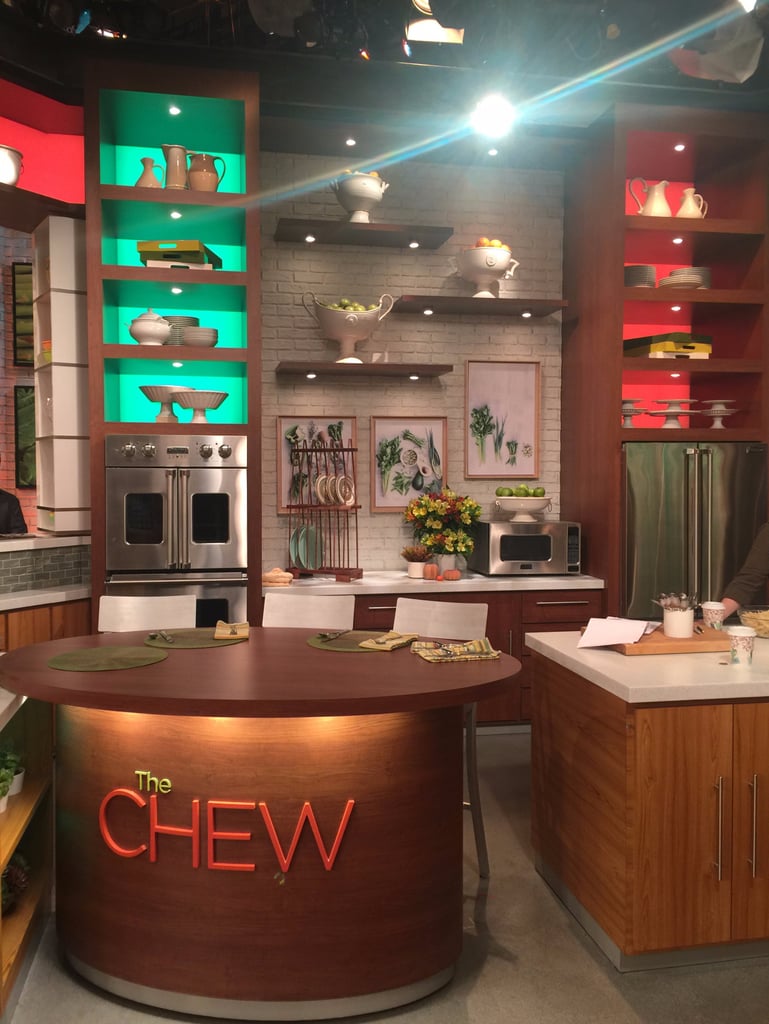 I've always wanted to be part of the live studio audience of ABC's The Chew and I scored a ticket to attend a taping in New York City. I've filmed at Food Network's test kitchen and filmed my fair share of POPSUGAR Live! recipes, yet I couldn't help but feel mesmerized entering such a historic studio at ABC in New York City where so many iconic people have stepped foot, including Julia Child. As a huge fan of Mario Batali, Carla Hall, and Michael Symon, I couldn't believe I'd get to see them all up close and watch them cook in front of hundreds of people and so many cameras. The experience was truly memorable, especially since I was able to see the set itself and enter the test kitchen. However, there are a few key things I learned this time around which I'll share with you so you can make the most of your visit. I know I plan on returning again!

Watch the full episode of the show here: "Recipes From the Vault"

Netflix
Time to Say Goodbye! Over 50 Shows and Movies Are Leaving Netflix in November
by Kelsie Gibson 3 hours ago

Food News
These Chocolate Marshmallows Have a Sweet Peppermint Center — Holiday S'mores, Anyone?
by Karenna Meredith 8 hours ago