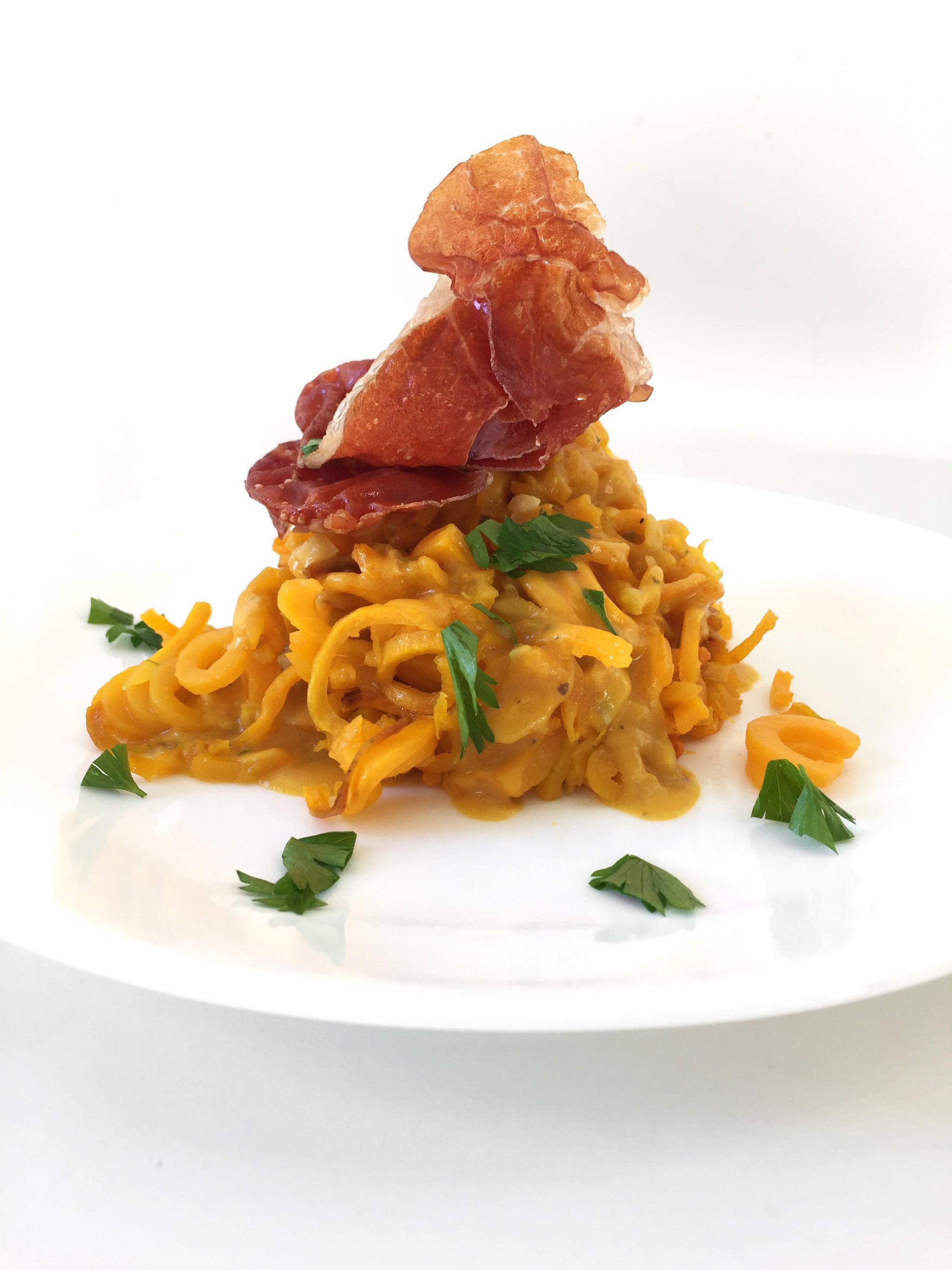 Veggie noodles seem to be the new quinoa — even foodies will admit to liking spiralized zoodles over regular pasta. When yellow squash and zucchini fade out of season, butternut squash can be substituted for an extremely filling noodle that won't leave you wanting. The blogger behind Inspiralized, Ali Maffucci, just released her second cookbook, Inspiralize Everything ($20), and I wanted to know which recipe in the new book is ultra filling. Her answer: this pumpkin-rosemary alfredo with crispy prosciutto. She tells no lies. Even though I made this for dinner last night, I'm still pretty full, despite it almost being 24 hours later. 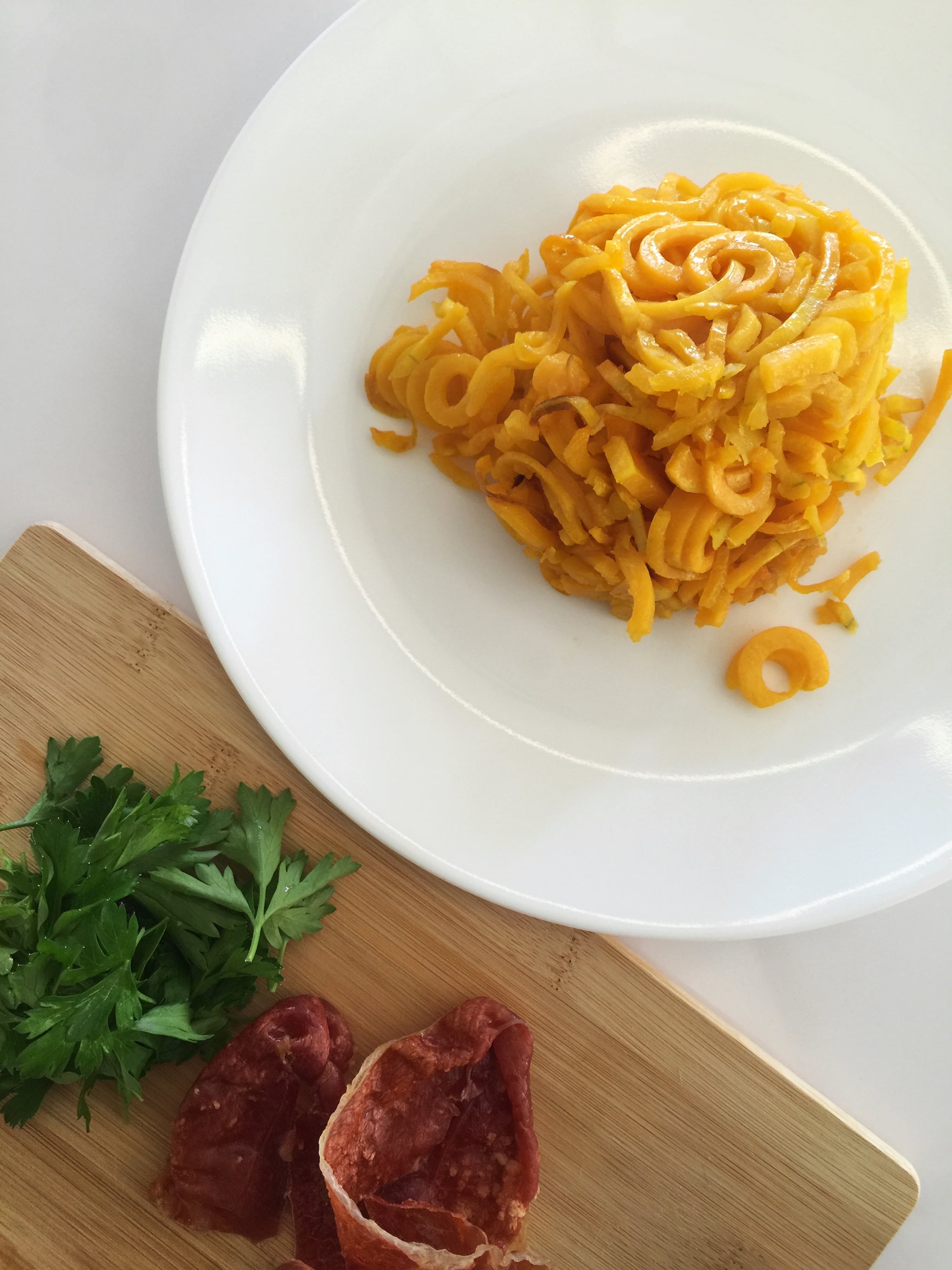 There were only a few minor adjustments I would make to the recipe if I cook it again. For me, coconut cream (which can be found in a can at Trader Joe's) is far too rich and coconutty in flavor. I would probably sub in cashew cream, which has a neutral taste. I would also like to try this recipe with standard zucchini noodles for a less starchy meal. If you can take the heat, go heavy on the red pepper flakes. The spiciness helps balance the sweetness from the squash and pumpkin alfredo. If you don't have Ali's spiralizer, just spiralize the butternut squash into fine ribbons before roasting.

Despite the minor changes I would make, this recipe is still very comforting and worthy of a try during Fall and Winter months. The salty prosciutto chips are the star. I made extra so I could snack on them while cooking. They're the new kale chip. Promise. 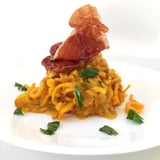 by Chandler Plante 14 minutes ago

by Emily Oldenquist 38 minutes ago