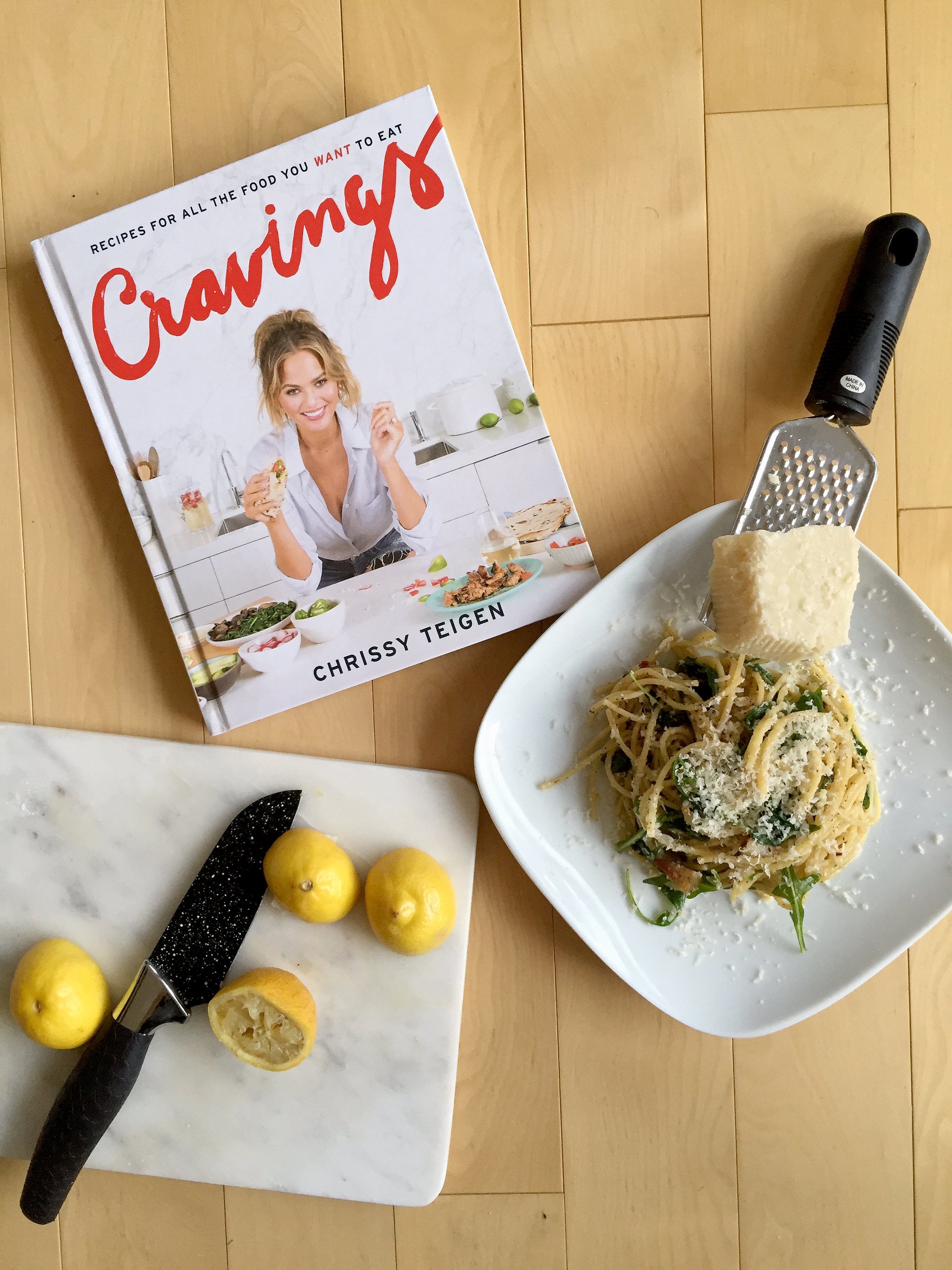 Chrissy Teigen has teamed up with Blue Apron to bring six of her original recipes to the delivery service's menus this Summer. Ahead of her second cookbook, Cravings 2, which will (finally!) be released this September, the queen of home cooking is sharing some of her favorite meals with her fans. Starting on June 4 and through the week of July 9, you'll have the option to choose Chrissy Teigen recipes in your Blue Apron order.

The lineup includes five standout recipes from the first Cravings plus a sneak peek of a recipe from cookbook number two: Pork Banh Mi Sandwiches With Pickled Cucumbers and Carrots. Personally, I can attest to Chrissy's level of recipe-developing expertise — her lemony arugula spaghetti cacio e pepe, chicken pot pie soup, sesame chicken noodles, and garlicky mac and cheese are beyond good. Check out all the options below!

Food News
Everything You Need to Know About Tovala, the Accessible Meal Delivery Kit
by Kaley Rohlinger 10 hours ago

Food Reviews
I Tried Starbucks's Secret Berry Caramel Frap, and It's Now My "Treat Yourself" Drink For the Summer
by Simrin Purhar 4 days ago