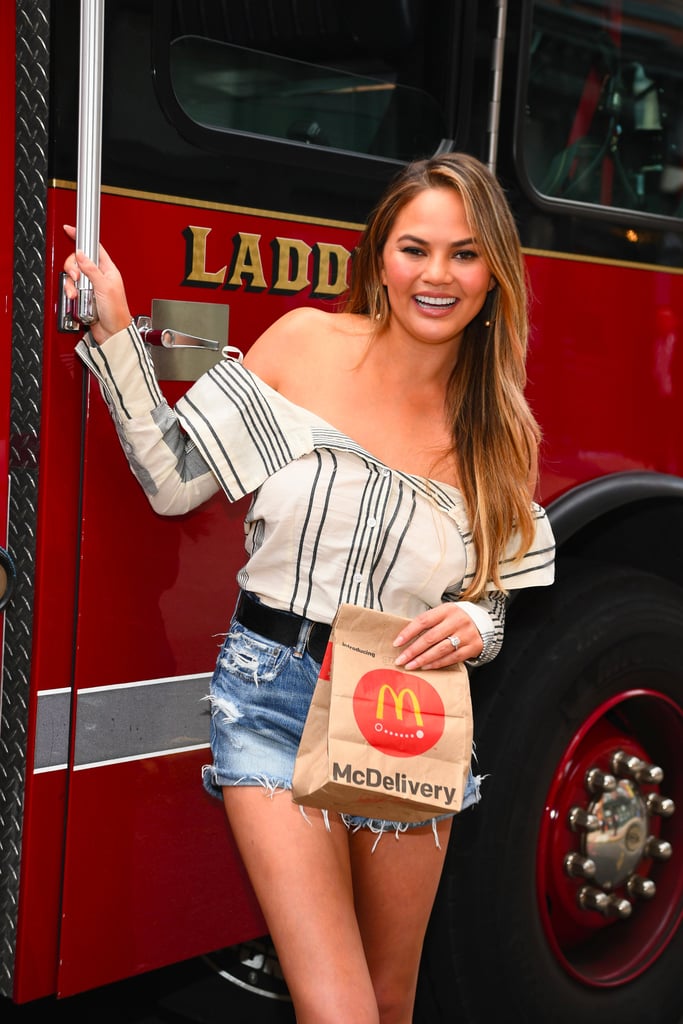 Chrissy Teigen doesn't shy away from sharing most things, but especially not from what she eats. Not only is she the author of an extremely popular cookbook, Cravings, but she's also constantly sharing her favorite foods, recipes, and indulgences on Instagram and Twitter. So while it's not exactly a secret that she's a self-proclaimed soup master, a fan of avocado toast, and a hater of Nutella, what's not as well-known are what some of her most important, everyday staples are at home.

So when I got a chance to speak one-on-one with Chrissy over the phone to talk about her involvement in the global launch of McDonald's delivery, I had to ask: "What's always in your fridge?" Fulfilling my expectation that Chrissy is just as relatable and genuine as she comes off as, Chrissy responded with a helpful list of six of her must-have refrigerator staples. You might be surprised by how much you have in common with Chrissy — well, what your refrigerator might have in common with hers — after discovering what she shared ahead.

Beauty News
Barbie Ferreira Is Preparing For a Zoom Holiday, but She'll Still Be Wearing Glitter
by Jessica Harrington 1 hour ago

by Maggie Ryan 12 minutes ago