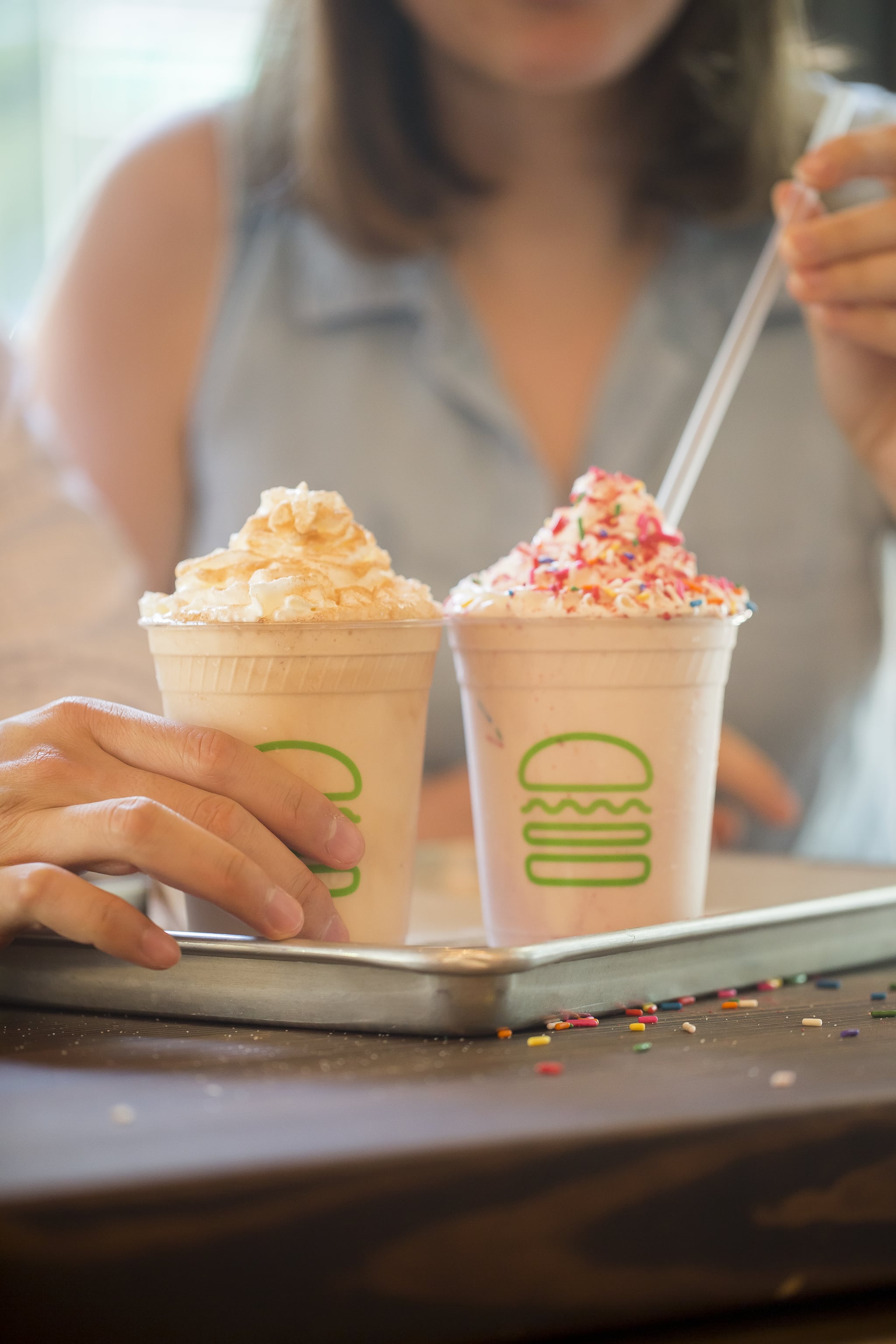 As if we needed another reason to go to Shake Shack (cheese fries, anyone?), the restaurant has released two new shakes for a good cause. Shake Shack has teamed up with NBC to create two Will & Grace-themed shakes that will benefit GLAAD, and they sound downright perfect. To coincide with the Will & Grace reboot happening this Fall, the Will & Grace Shake and the Jack & Karen Shake will be available from Monday, Sept. 18, through Sunday, Oct. 1. In a press release, Shake Shack said, "For every shake sold, Shake Shack and NBC will donate $2 to GLAAD, the world's largest LGBTQ media advocacy organization, and support its efforts to share culture-changing LGBTQ stories." 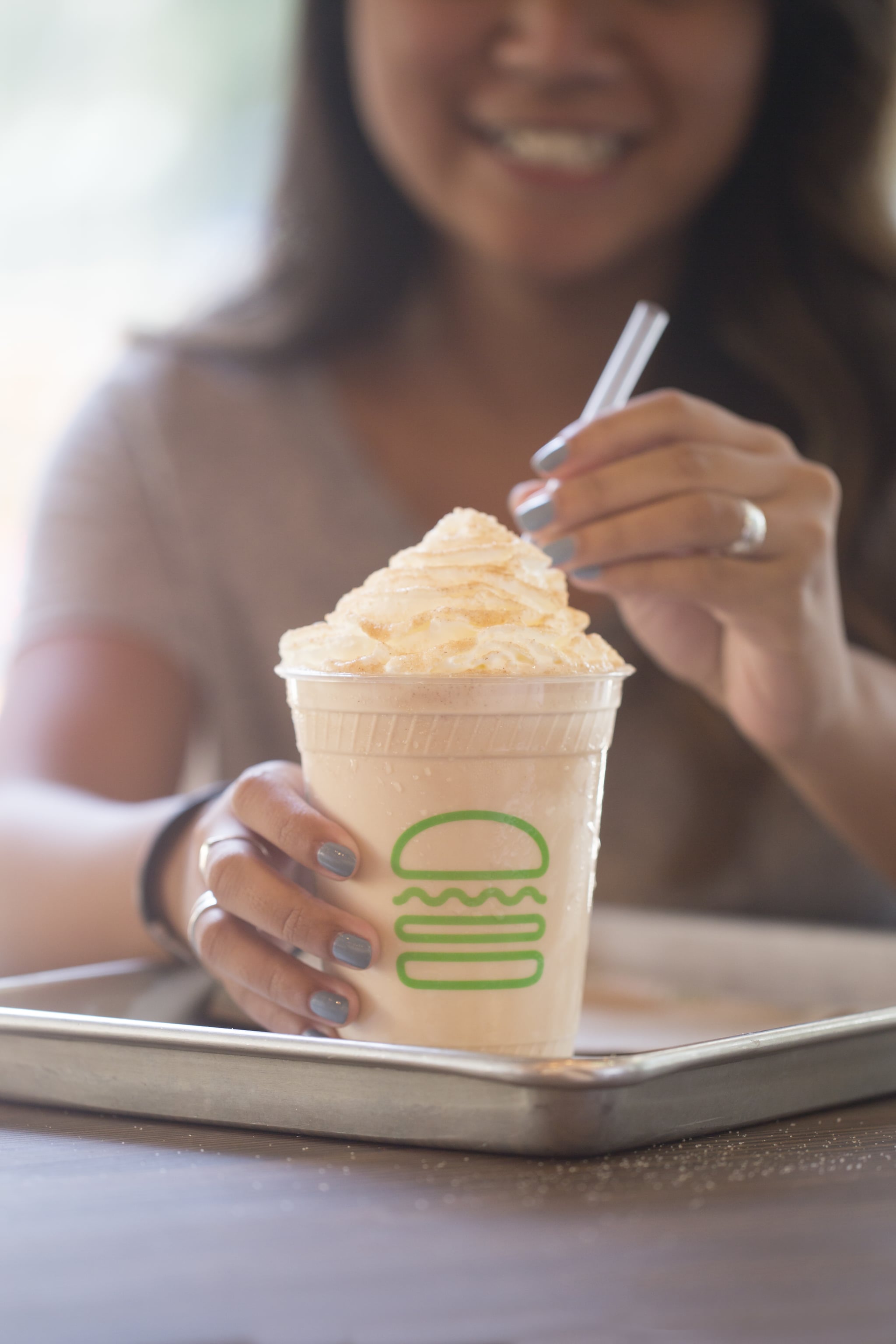 The Will & Grace Shake is basically a churro in ice cream form, and the Jack & Karen shake is Shake Shack's first-ever shake with wine (specifically, Prosecco). It reflects Karen's boozy tendencies, naturally. 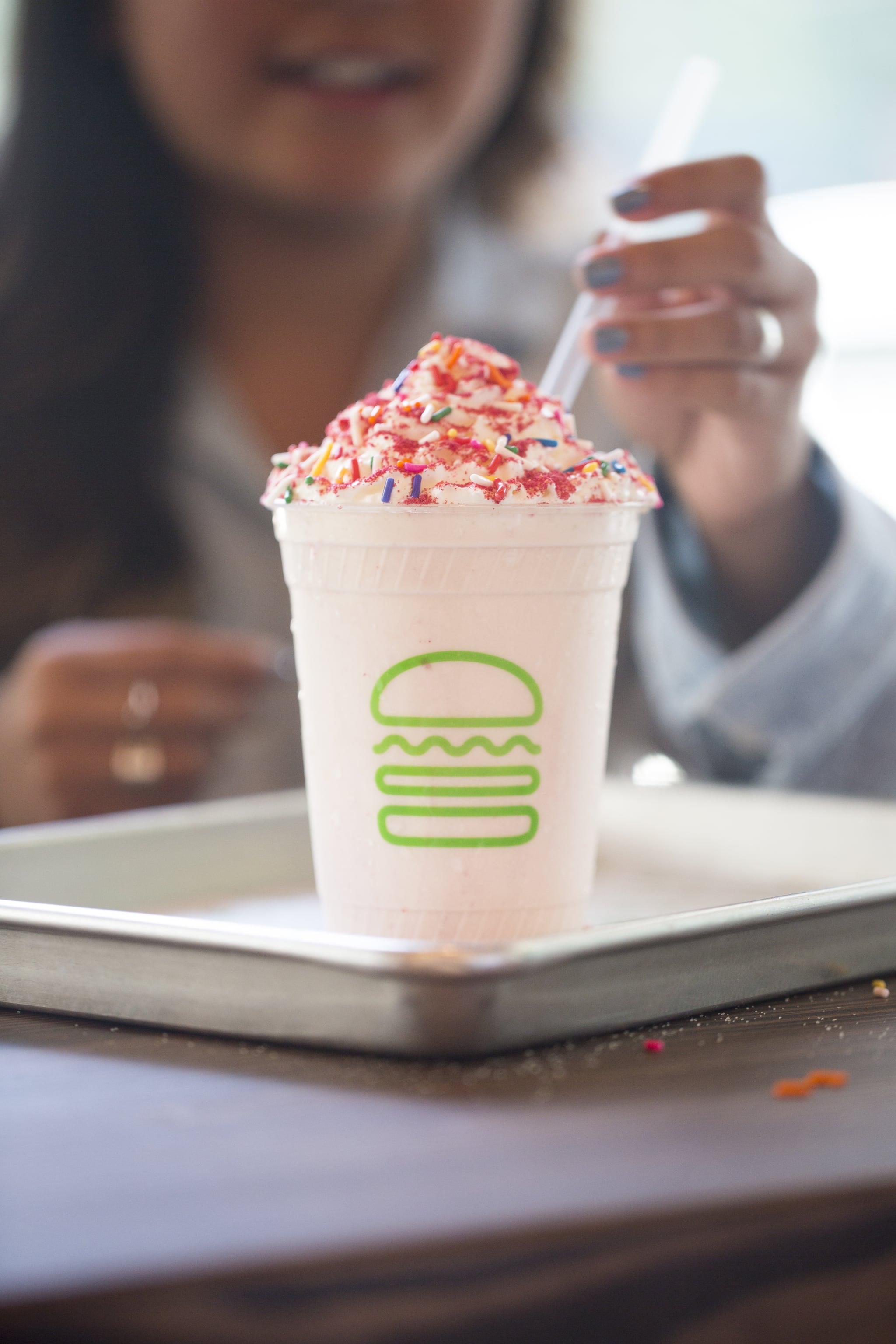 In NYC, the shakes will be available at the Herald Square and Upper West Side locations. According to Shake Shack, the Upper West Side location is blocks away from Will and Grace's apartment! In LA, the shakes will be available at the Hollywood and West Hollywood Shacks. If you're lucky enough to live near those locations, try out your Will & Grace shake of choice while you can, because what's better than drinking a milkshake while simultaneously donating to an important cause?