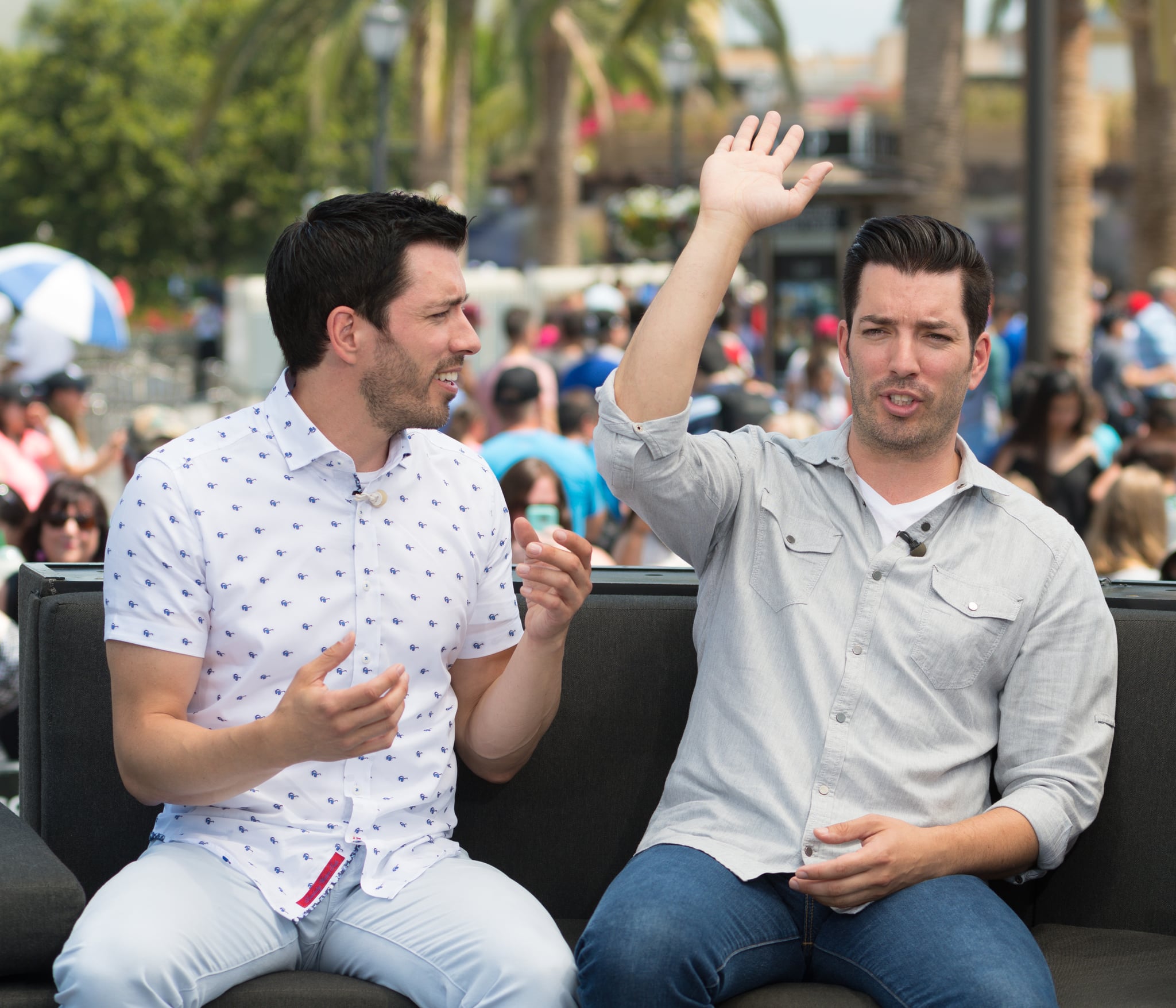 We all know and love Drew and Jonathan Scott for their hilarious dynamic and their love for all things HGTV, but the brothers recently opened up about their financial struggles in the past, and it's something the Property Brothers rarely talk about. In a new interview with People, Drew and Jonathan discuss their new memoir, It Takes Two: Our Story, and the hardships they faced before becoming the real estate and design gurus they are today.

In an exclusive video interview with the magazine, Jonathan talks about how his plans to become a popular magician and tour like David Copperfield completely disappeared when he was robbed and his custom trailer filled with props was stolen. He was left with so much debt that he filed for bankruptcy.

"I will admit today, I think it was the worst mistake, financially, of my life because I think that I really could've held out and over maybe five or six years paid that off," Jonathan shared. "But I was extremely depressed and financial problems are one of the biggest causes of depression."

Related:
27 Things You Didn't Know About the Property Brothers

After filing for bankruptcy, the brothers started thinking more seriously about doing real estate as more than a part-time gig, but it was after that "embarrassing" moment that Jonathan learned a life lesson.

"It was really a game changer for us because we realized how any reckless decision you make, or leaving yourself vulnerable, there are people out there who will take advantage of you," he said in the video.

While Jonathan was pursuing his career as a magician and the brothers were still doing real estate on the side, Drew was missing his passion for acting.

"I went to Vancouver to pursue that, and I was taking acting courses, networking and doing all the things I had to do to make sure that I was being seen," Drew shared, adding that he had racked up $100K in debt during this time. "In the end, that experience was really important because it created the buzz for our first auditions, which got us on TV and made it worth it."

Related:
The 1 Home Trend the Property Brothers Wish Would Go Away

While Drew and Jonathan have undoubtedly had their fair share of setbacks along their journey to stardom, they've learned so much, not only about real estate and design, but about finances.

"Now we've put due diligence in and strengthened our financial situation," Jonathan said.

These two have created an empire for themselves and have a lot to be excited about in the future. While we're not sure which brother is appearing on Dancing With the Stars this upcoming season, Drew is planning a wedding with his fiancée, Linda Phan, and Jonathan is living with his girlfriend, Jacinta Kuznetsov. We can't wait to see what the future has in store for the Scott brothers!