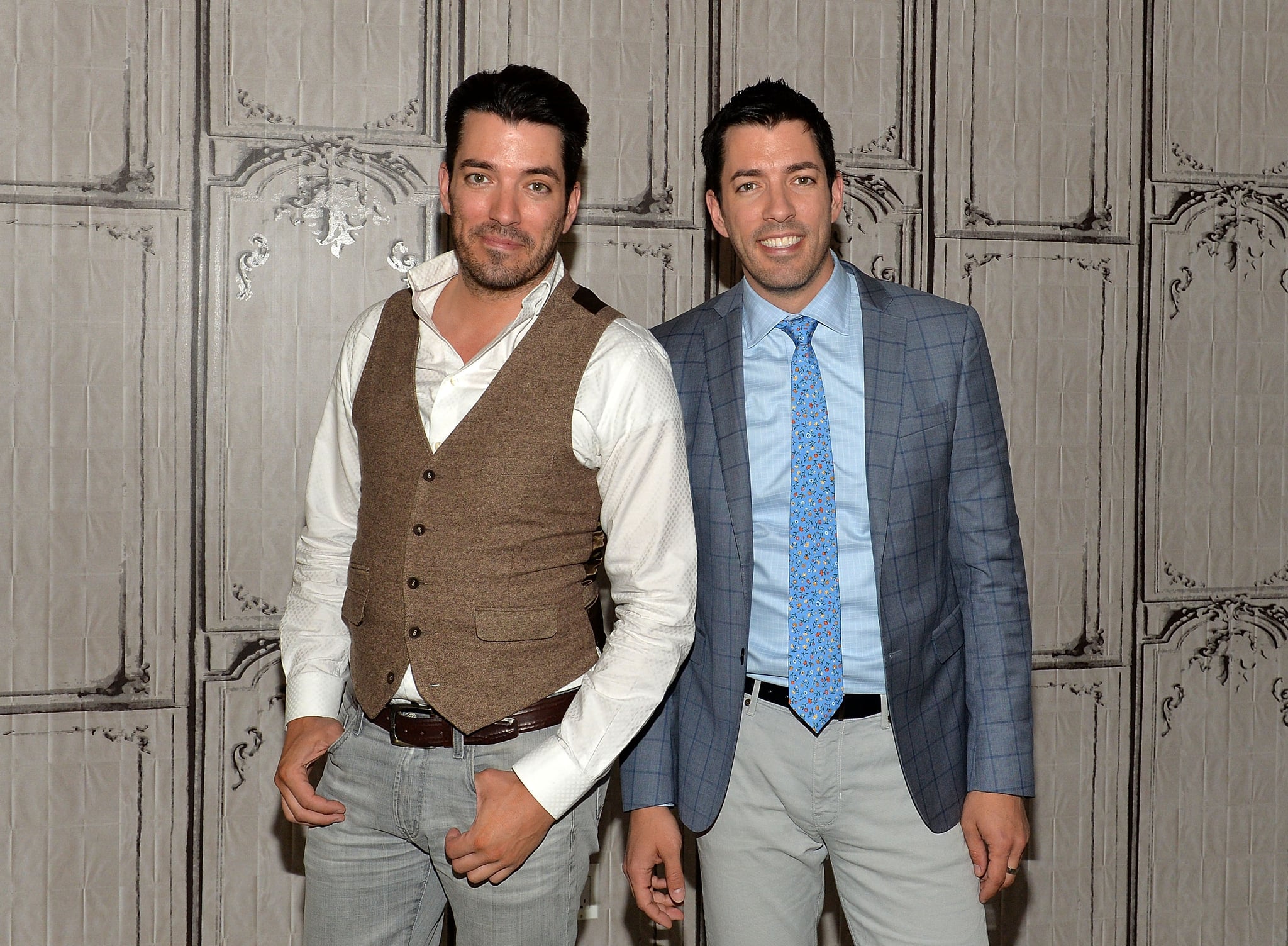 Many fans feel like they already know Jonathan and Drew Scott, the playful yet talented twins behind Property Brothers. Yet despite what viewers think they know about the beloved show from checking out the countless renovations and stylish upgrades, there's a lot about the show that you would never realize unless you were actually cast as participants.

While showing off two rooms he designed for Stearns and Foster, Jonathan sat down with POPSUGAR and revealed some little-known secrets about Property Brothers. From his thoughts on letting couples keep the furniture to exactly how involved couples really are, this HGTV star shared 11 surprising behind-the-scene truths.

They Work on Renos For Multiple Episodes Simultaneously

The brothers are in a different city every three months, and during each stop, they are simultaneously filming Property Brothers and Buying and Selling. They block shoot these shows, meaning that they film multiple episodes at the same time and not necessarily in order, in order to film enough renovations for each season, and when they shoot, they are working on 17 different homes with five construction crews at the same time.

They Hire Local Help Instead of Bringing Their Own Team

"Every city we go to, I hire local general contractors and I assign a local construction and design lead as well to every project so that nothing gets missed," Jonathan said. "I work with amazing trades, we create about 150 jobs in every city that we go to, and that's the only reason why we get it done so fast, keep the quality high, and keep the costs down is because all of these professionals that are local that work on it with me are willing to help get it together fast."

Couples Get a Warranty After the Show

Since Jonathan and Drew hire local contractors, the people who are responsible for the work don't leave town when the show is done filming. This way, they are still available if something comes up or the couples aren't satisfied with the work. "When I leave town, there's a warranty on the work from the local general contractors who worked on the project," Jonathan explained.

Related:
One Couple's Nightmare Renovation on Love It or List It Is Turning Into a Lawsuit

"For Property Brothers, I love that we are helping couples that would never be able to do this on their own," Jonathan said. "We have families who you can see that the budgets that these people have are not enough for what they want, and so we come all in. We get wholesale deals for them and pass that along, anything we can do to stretch their budget further."

Homeowners Keep Everything You See

Unlike some other shows, if you see it in the home, couples get to keep it because those items were worked into the budget. "Every one of our shows, where it's a homeowner moving in, they all keep the furniture," Jonathan said. "I've heard that some other shows take it all away and I was like, 'Uh . . . That's a jerk move.' You get someone to fall in love with a room and then you're like, 'See ya!' So no, everything that you see on TV stays."

Couples Are Very Involved in the Design Process

Jonathan considers himself fortunate that he has never had a client on the show be unhappy with the final product. "There might be an individual art or furniture piece that they don't like — easy to swap, no problem — but the overall design . . . I'm very collaborative, so I know along the way if there's anything that they're nervous about, but I've never had a problem," he said.

The Show Works With the City to Speed Up Paperwork

Even before the couple takes possession of the home after buying it, Jonathan and Drew get the permits going. "We work the city. Most city development planning offices will work with us to expedite, which just makes it a hell of a lot easier because we can't be held up for three months on permits because we only have three months to get it all done," Jonathan said.

Couples Must Have Their Finances Figured Out to Be Considered

According to Jonathan, he and his brother don't have anything to do with casting and the entire process is left to the network along with the production company. However, the one thing that all couples have in common is that their financing is already in order before applying. "Some people use a cash down payment when they are buying or for their renovations, some people borrow from family, and some people have a line of credit," Jonathan said. "It just depends and we are really at the mercy of who applies to the show for who has all of their ducks in a row."

The Home Search Isn't Left up to the Brothers

"We have homeowners who have identified a house that they already like. Because everything moves so fast for the show, we have found that it doesn't work well for people who haven't even started searching," Jonathan said. "It needs to be people who really have started to narrow down the stuff that's important to them."

Related:
You'll LOL When You Hear What the Property Brothers Found Inside the Walls of a Reno

Couples Can Change Their Mind

"We block shoot so we try to get as much leg work done as possible so [the production company] likes to find people who have identified houses," Jonathan said. "We'll show them other houses and sometimes they'll pick another house because there will be a house that they didn't know was available or would have potential. Or sometimes when we're showing them other houses, because of the resources that we have, we can do more than they would have ever been able to."

Jonathan and the Couples Get Their Hands Dirty

"One of the ways we stretch the budget is that we utilize the homeowners to do a bunch of the work with me," Jonathan said. "If we find that our budget is taking hits left, right, and center, I'll jump in and do even more because I'm not charging for my time, or we'll get the homeowners to jump in and do more." Most of the time, however, Jonathan is focused on design. "I'm never laying 5,000 square feet of flooring," Jonathan explained. "I have flooring companies, kitchen companies, and all of that jazz, but I can do and have done all of the work."