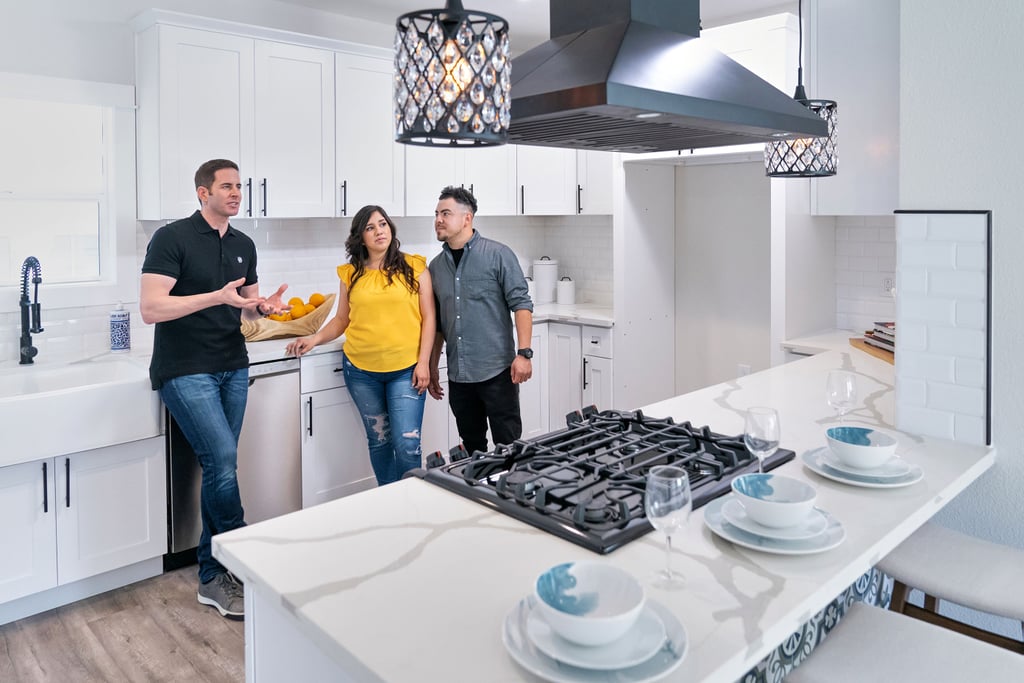 Watch the Trailer For Tarek El Moussa's New HGTV Show, Flipping 101, and Try Not to Flip

In today's home renovation news, Flip or Flop's Tarek El Moussa will star in his own HGTV show, Flipping 101, where he'll share his secrets for a successful flip. "I'm out to help novice flippers get through their projects unscathed," Tarek said in the show's trailer, which was released on Tuesday. "I'm going to show them how to take the worst of the worst and make a mountain of money turning them into the best on the block."

The 14-episode series is set to premiere in early 2020 and will star Tarek as he mentors real-estate novices with his house-flipping expertise and gives them advice on how to come up with designs. "My passion for real estate has led me to flip hundreds of homes over the years, and I've been incredibly lucky as an entrepreneur to build a successful business," Tarek said in a press release. "Now I get to help first-time flippers learn the ropes, find the best property deals, and show them how to make the most profit on their investment."

The longtime HGTV star and father of two seems more than excited for his new solo venture. "I'm so happy to share that my new SOLO show called Flipping 101 With Tarek El Moussa is coming to HGTV!" Tarek captioned an Instagram post. "The last few years have been extremely difficult on me and this is a huge accomplishment for me. Without YOU none of this would be my reality so thank you!!!"

ICYMI, Tarek will also return to HGTV alongside ex-wife and business partner Chrstina El Moussa for Flip or Flop's eighth season on Aug. 1 at 9 p.m. ET/PT. In the meantime, you can watch the full trailer for Flipping 101 ahead.

Netflix
An Update on Where Dr. Donald Cline From "Our Father" Is Now
by Pallavi Bhadu 23 hours ago

by Kate Schweitzer 52 minutes ago