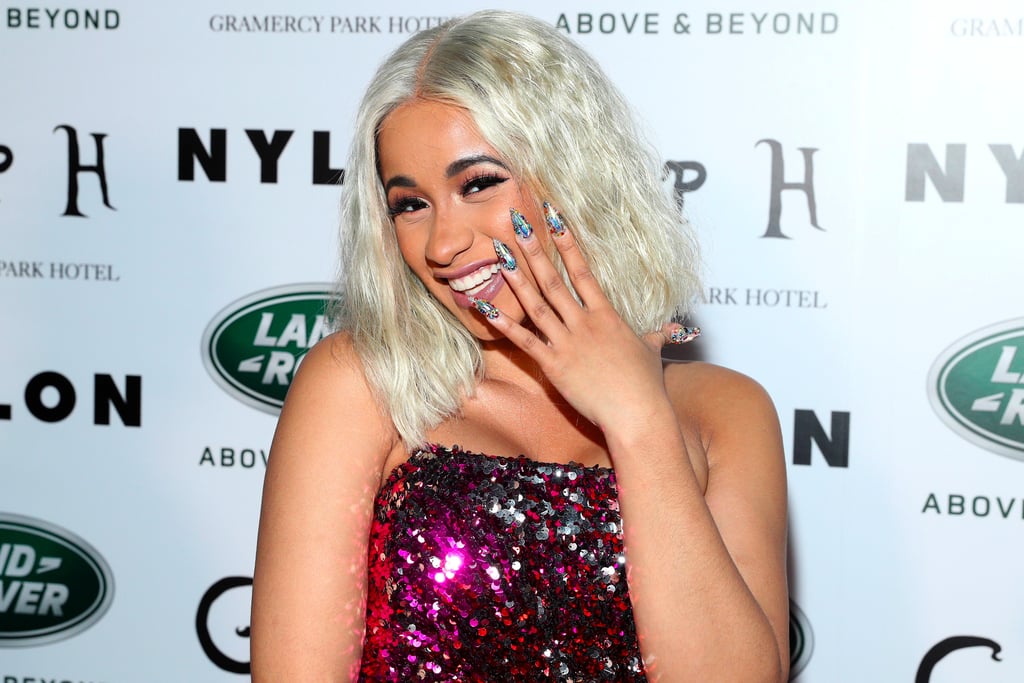 Missy Elliott, Nicki Minaj, and More Celebs Congratulate Cardi B on Her No. 1 Hit

Having the number one song in the country is no easy feat, but it's an especially rewarding one when you happen to be just a "regular, shmegular" girl from the Bronx, like Cardi B. Her banger "Bodak Yellow" just reached No. 1 on the Billboard charts, surpassing Taylor Swift's "Look What You Made Me Do" and Luis Fonsi's "Despacito." The achievement also makes Cardi the first female rapper to have a number one solo hit on the Billboard charts (without featured artists) since Lauryn Hill in 1998. That's a big f*cking deal, especially for an emerging artist.

Cardi's fans, whom she refers to as the Bardi Gang, freaked out at news of her record-breaking accomplishment. In addition to her loyal supporters, Cardi's triumph has gotten a round of applause from celebrities who all took to social media to sing her praises. Read along for some of the sweetest reactions, and huge congratulations to Cardi B!

Previous Next Start Slideshow
Missy Elliott, Nicki Minaj, and More Celebs Congratulate Cardi B on Her No. 1 Hit originally posted on POPSUGAR Celebrity News
Celebrity NewsMusicCardi B
Around The Web