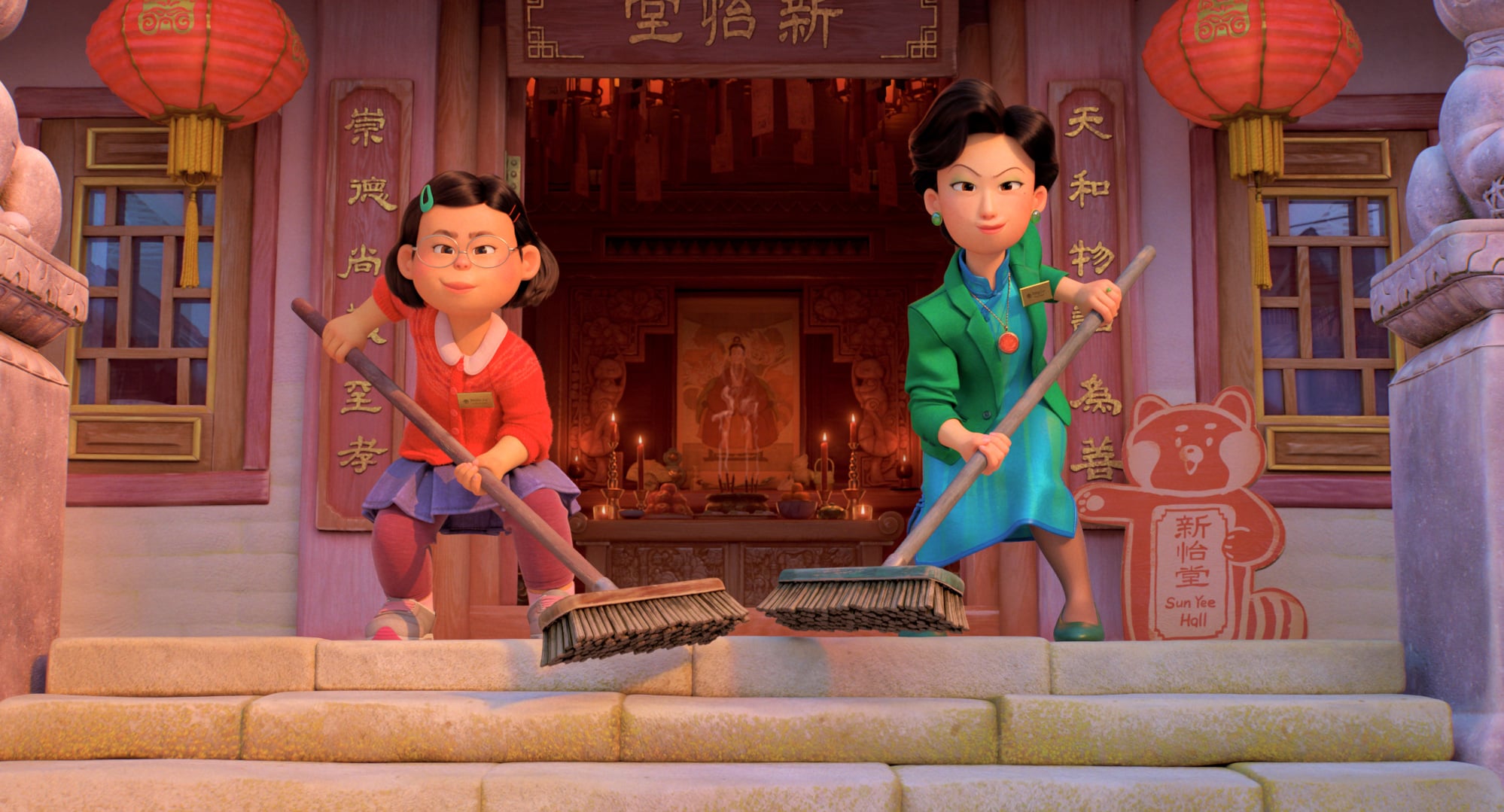 Pixar's newest film, "Turning Red," follows a teenage girl who has to confront her family's past in order to heal from old wounds and find happiness within herself. Sounds familiar, right? For "Encanto" fans, sitting down for a second animated film addressing intergenerational trauma may feel a bit daunting. But I'm here to tell you — it's worth it.

If you haven't streamed "Turning Red" since it premiered on Disney+ on March 11, let me give you a quick rundown. The film follows Mei Lee, a 13-year-old Chinese Canadian who is in that awkward, not-quite-a-girl/not-quite-a-woman stage. Things take a strange twist when Mei starts turning into a giant red panda whenever her emotions heat up. Her transformation is a clear stand-in for puberty. In fact, her mother, Ming (voiced by Sandra Oh), even originally mistakes her daughter's discomfort for being on her period. She takes it in stride, giving her daughter all the pads and possible period paraphernalia you can think of without embarrassment. But it's not her period. The panda-morphing is a trait passed down Mei's matriarchal line, a wildness the women in her family contain forever with a ceremony at the onset of puberty.

Clearly, Mei and "Encanto"'s teenage protagonist, Mirabel Madrigal, are different. The Lees hide their magic, while the Madrigals define themselves by it. Their community relies on and celebrates the Madrigals' "gifts." Mirabel spends the whole movie trying to prove that she can still be valuable and lovable without any magic. Mei, on the other hand, is different from the other members of her family, but not because she isn't magical, but rather because she embraces her newfound power and decides not to hide it away.

I can't help but think part of the difference here is in who gets the magic. In "Turning Red," it's strictly a female thing, and so it's read as dangerous or exoticized. When Ming had her panda, it was big and scary. Mei's is more manageable, but she trades on its cuteness, selling panda appearances to her classmates in a money-generating scheme. But neither the terrifying monster nor the commodified identity is a great option for women.

In "Encanto," though, everyone in the family gets a "gift" (well, almost everyone). And while I'd certainly argue there's a gendered nature to who does what, the magic is always a "blessing" or a "gift," never an "inconvenience" like in "Turning Red." Now if that isn't the definition of how power is defined along gender lines, I don't know what is.

Gender certainly functions differently across the two films, but race, in many ways, is the same. Both Mei and Mirabel come from marginalized communities, Asian and Latinx. Neither face racism nor discrimination within their films, taking their moment in the spotlight to be deeply humanized, marketed as relatable to anyone with half a heart.

But the viewing audience doesn't exist in the worlds of these films. In our non-animated reality, we know that to be Chinese Canadian or Colombian (but presented first to an English-speaking audience) is to exist in a world that marks you as less than, that makes you less likely to see yourself on screen, and that marks every time you do tell a story about your community as doubly important. The pressure is high to succeed.

And both Mei and Mirabel do succeed. They heal themselves and their families. As a mom watching, their success actually made me a bit uncomfortable. Why do these teenagers have to take on this responsibility? Why can't the parents step in and fight for the daughter at hand? Isn't it our responsibility?

But if that were the case, I guess it wouldn't be a kids' movie. It would be for the grown-ups. And there is something significant about passing the torch to the next generation, especially in "Encanto" and "Turning Red," when the next generation is personified by girls from traditionally marginalized groups. These heroines define their own destinies, overturning the power structures, expectations, and trauma that would limit them and their families. They are powerful and they fight for their power, not just for themselves but also for their families. They fight for it even, or perhaps especially, when it puts them in conflict with the people they love.

In the end, watching "Turning Red" and "Encanto" depict and normalize the innate potential of Asian and Latinx girls isn't daunting at all. It's affirming, and I suggest you tune in.