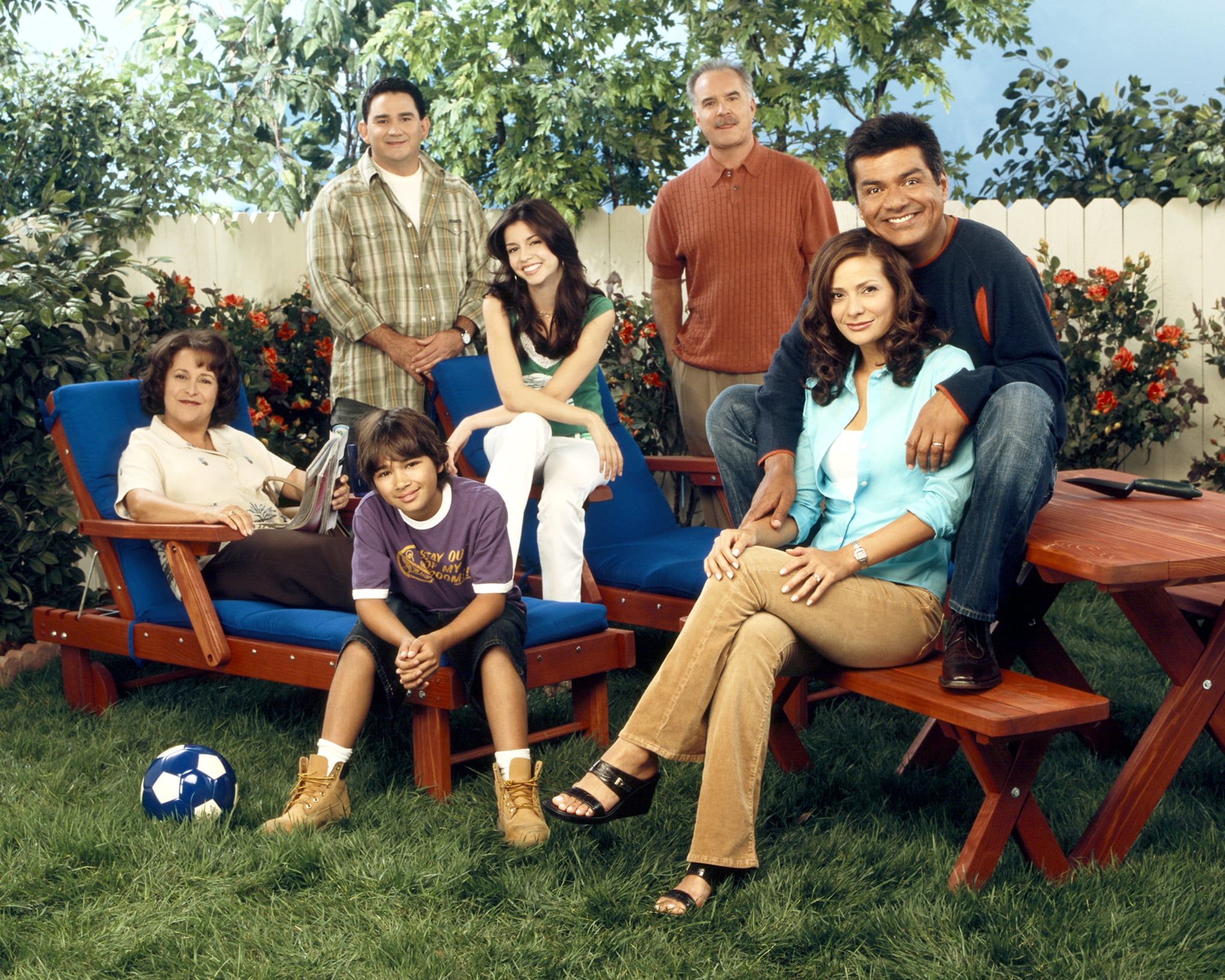 It's for good reason that "The George Lopez Show" has become so iconic in the 20 years since it first premiered. It has become a shared piece of pop culture, conjuring nostalgia and pride. It aired on network TV for six seasons and drew in millions, which is still almost unheard of for a show with a predominately Latinx cast dealing with Latinx issues. We're the generation of the cancelation after all.

Related:
What the "Menudo: Forever Young" Docuseries Reveals About Machismo

A sizable portion of that audience was Latinx — around 14 percent, at the time. "The George Lopez Show" is definitely for us — with in-jokes stemming from cross-national teasing, the occasional Spanish, and nods to la cultura like our love of baseball along with some of the real struggles that come with being Latinx and living in the States. But it is also a show with mainstream ambitions. The Lopez family rock all the mainstays of white, US sitcom families — the nice suburban house, the mom who doesn't (always) work, the two kids, the dog, and the upwardly mobile economic prospects. This positioning surely made them more relatable to their Anglo audience members, inviting cross-ethnic viewing.

They're an American family who happen to be Latinx, and the show is careful to treat each of its characters, and their Latinidad, with dignity.

But of course, the Lopez family members aren't white (although some of the actors are). They're an American family who happen to be Latinx, and the show is careful to treat each of its characters, and their Latinidad, with dignity. George, Angie, Carmen, and Max are relatable, goofy, and flawed people. Their primary issues are family ones, raising the kids as best they can, supporting each other, and growing together and individually. Now, there are times when "The George Lopez Show" fell into stereotypes. Season four's "George's Extreme Makeover: Holmes Edition" comes to mind. George gets some old friends (including one played by Danny Trejo) to help him remodel his garage, pays them in beer, and jokes about how "lazy" they are. The writers' room joins in on the "joke" with the Chicanos' workmanship being so shoddy as to get condemned. Clearly, that is not reflective of who we are with 13 percent of Latinos working construction in the US and doing a damn good job of it.

But the occasional misstep aside, "The George Lopez Show" generally makes us proud. For one, it's just so good. I was laughing out loud watching it on Peacock, even after all these years. And it's surprisingly touching, mining complex issues with heart and sensitivity. I think of George's mixed feelings and quest to reunite with his estranged father. That's a pretty heavy subject for a sitcom, especially to carry across an entire season. But "The George Lopez Show" does it right, finding the humor in the situation in addition to the heart. Think of Constance Marie's Angie calling all the "Manny Lopezes" in the phone book (this was pre-Facebook) and sharing their various preoccupations and occupations. But there is also George's character struggling with his emotions and his mother who lied to him about his father all those years.

The specificity matters — it shows that we're not a monolith and that our culture is as rich and interesting as anyone else's.

It's a winning combination, this instance of a sitcom's character's humanity. That's the formula we see in the successful heirs to "The George Lopez Show," like "Abbott Elementary" — putting people of color in the center and letting them be full, complicated, hilarious humans. "The George Lopez Show" gets a lot of mileage out of the family's Los Angeles home, George's Mexican American identity, and Angie's Cuban background. The specificity matters — it shows that we're not a monolith and that our culture is as rich and interesting as anyone else's.

This year, we're getting a new Lopez show, starring George and his real-life daughter, Mayan Lopez, in "Lopez vs. Lopez." I'm hoping it continues the tradition of valuing its characters' humanity and its marketplace success. Hopefully, in another 20 years, we'll be looking back on it with nostalgia in the same way we do "The George Lopez Show."