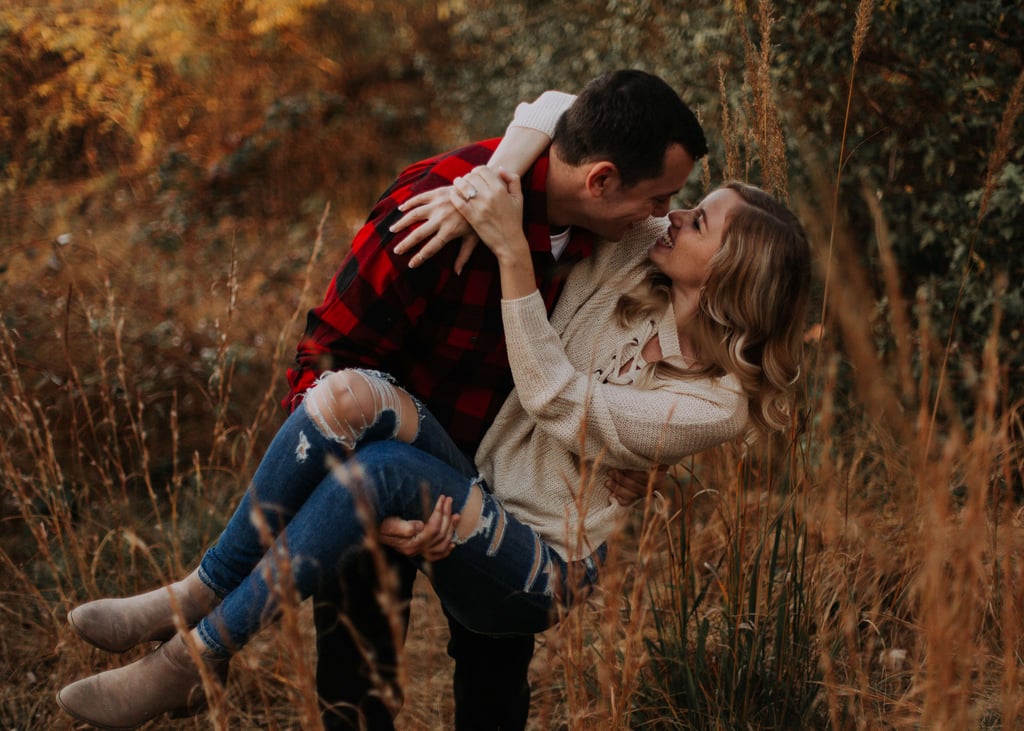 This Couple Shot Their Engagement Photos Right at Sunset, and All We Can Say Is "Wow"

Lauren and Laine first met while working at the YMCA and immediately hit it off during a team outing. Many drinks later, he asked her out to a lunch date, which ended with endless rounds of drunk Mario Kart.

When it came time for the proposal, the two went to Nashville to watch the total solar eclipse at a winery. Laine had everything planned out perfectly, and about a minute in to the eclipse, he got down on one knee and presented Lauren with a ring box. As she said, "Yes!" the sun began to peek past the moon, lighting up the entire sky.

Although they couldn't re-create that exact magic for their engagement shoot, they came pretty close. They met their photographer at the top of Goat Hill Overlook in Lambertville, NJ, during the golden hour, when the trees illuminated in a stunning orange. Lauren's bouquet matched the sunset beautifully, and the view of the Delaware River below only added to their photos.

See how they turned out ahead!

Wedding
My Fiancé Chose His Wedding Tux Virtually During COVID-19, and It Honestly Put Us at Ease
by Sarah Wasilak 2 days ago

Wedding
I Have to Store My Wedding Dress For a Year, So I’m Using These Expert Tips to Keep It Safe
by Alessia Santoro 1 week ago

Wedding
If You've Postponed Your Wedding, Here's Why You Should Consider an Epic Elopement
by Emmy Gaines 2 days ago