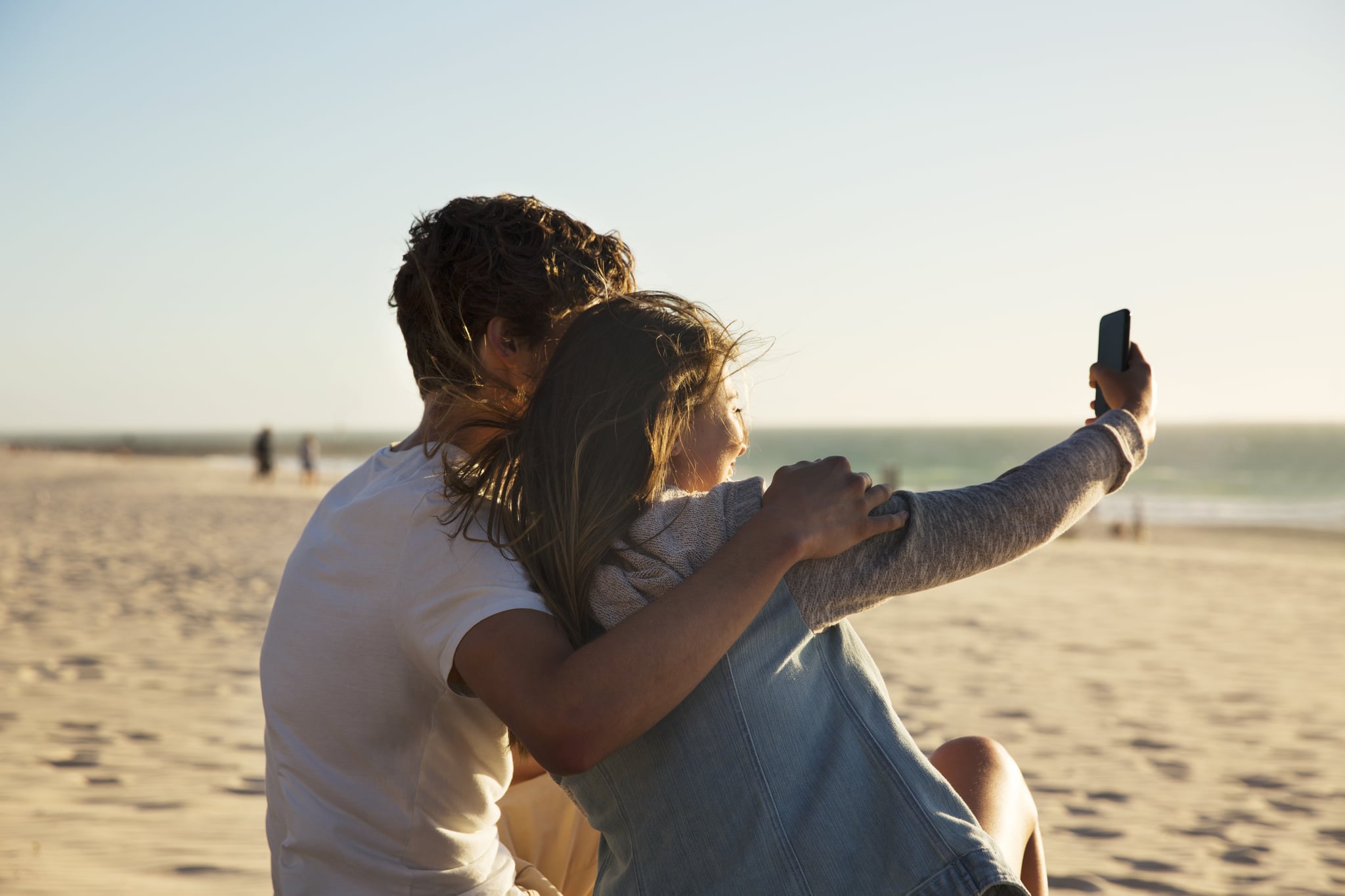 It was only four months into our relationship, so it was a risk, but I felt I couldn't contain it any longer. We'd gone out to dinner with my parents that night, and as I'd watched him chat warmly with them, offer to pay the bill, and smile happily at me every few minutes from across the table, I just knew.

After dinner, we returned to his apartment, and as we watched TV, I turned to him and said, "I think I feel a certain way about you, and I want to say it, and I think you know what I want to say, but I'm not sure you feel the same way." "Do you think or do you know?" he asked. "I know," I said. "But I won't be offended if you don't feel that way, too. I just wanted to say it."

Before I could lose my nerve, I blurted out the words: "I love you." "I know," he said. "But I'm not ready to say it yet. I hope you understand."

Related:
I'm the Only Married One in My Friend Group, and Honestly, It Does Feel Weird

"You still might not be ready for this yet, but I'm ready to say it now," I said. "'The 'it' being the thing we talked about a month ago?" he asked. I nodded, and before I could lose my nerve, I blurted out the words: "I love you." "I know," he said. "But I'm not ready to say it yet. I hope you understand."

I did, though I was still disappointed. Because I felt stupid, I said, "This is like in Star Wars when Princess Leia says, 'I love you,' and Han Solo says, 'I know.'" "You fell asleep when we watched Star Wars," he pointed out. What I didn't say was that I watched it anyway, because I know he loves Star Wars, and because I love him.

Finally, another month after that, near the end of his first year of law school, we attended his Barristers' Ball together. I'd gone to every dance in high school with one of my guy friends, so it was the first time I'd put on a fancy dress for an actual date and gotten my hair done and nails painted with the intention of receiving compliments from someone other than my parents.

Related:
14 Married People Share When They Realized This Person Was "The One"

Like most things, the night did not go totally as planned. In my eagerness to get out the door, I locked my keys inside my apartment, and without my keys, I couldn't drive my car to his apartment. It was raining, and I walked the half of a mile to the train holding the garment bag that contained my dress over my head, which did nothing to protect my freshly blown-out hair. By the time I arrived at his apartment, my curls were gone.

But it didn't matter. As we rode back to his apartment in an Uber that night — after hours of dancing and laughing and picture-taking — and I lay with my head in his lap staring at the New York City skyline passing above me out the window, he said, "I love you." No prelude, no self-conscious apology, no worry that I may have changed my mind about saying it to him. I wondered why I'd spent so much time worrying about how I felt, about feeling too much, and about all those quizzes I'd taken online titled "How Do You Know You're in Love With Your Partner?" It all seemed silly now, because it really was that simple. I loved him, and I knew it. And he loved me.

Never saying what he doesn't mean is one of my favorite qualities about my now-husband. He didn't return my "I love you" just to let me save face, and so when he did finally say it, I knew that he really, really meant it. We say it to each other now several times a day; we can't get enough of reminding the other how we feel. And though it may have been embarrassing to say the words first without reciprocity, I didn't regret it, and I don't regret it still. Taking risks is what got me my husband in the first place. If I didn't take risks, I wouldn't have any of the things in my life that I love best.