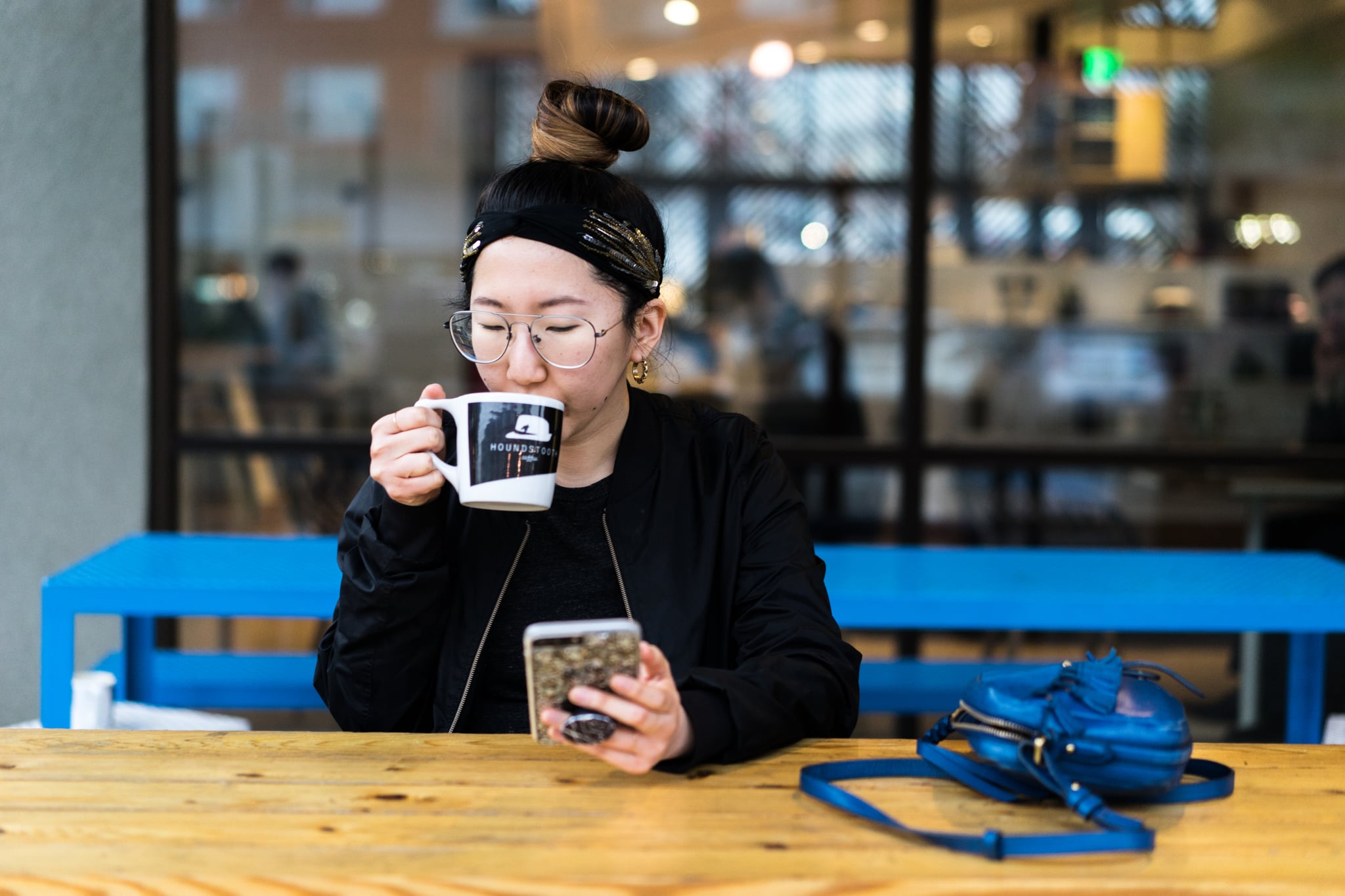 You didn't want to break up with your ex — they dumped you — and now you're left with nothing. Well, not exactly nothing. You can always check them out daily on social media. Sure, it's creepy, but it's not like they'll know . . . right? If you've gone ahead with this plan, you're an "orbiter." Here's what you should know about this dating trend and why you should avoid the temptation to do it.

Related:
Yes, "Stealthing" Is Sexual Assault, and We Should Be Prosecuting the Men Who Practice It

Orbiting is a dating trend coined by Man Repeller, which basically refers to when you try to keep someone in your "social orbit" online. You feel closer to them via social media, where you can see what they ate for breakfast and where they're hanging out this weekend. It gives you a fake sense of comfort that they're kind of still on your radar. Research has found that social media not only gives you a false sense of intimacy with people, but also boosts your brain's feel-good chemicals. In a study conducted by Professor Paul J. Zak at Claremont Graduate University in California, being on social media for just 10 minutes was found to make oxytocin levels rise to 13 percent. This is the same boost as what people experience on a really happy day, such as their wedding day! Oxytocin provides benefits to the body, such as making you feel calmness and feelings of love for your ex. You might feel all these things when you scroll through your ex's Facebook timeline. But that oxytocin rush comes with consequences.

It might feel safe to check up on someone's Instagram feed daily since it's not like you're driving past their home (where they can see you from behind the living room curtains). But, you could still risk being seen, maybe not on Facebook, but definitely on Instagram if you use Instagram Stories. It informs Instagram users of who has looked at their posts. So you're not totally invisible, which can make an ex wonder what you're up to and why you're still hovering around. Yikes.

It Makes It Obvious That You Haven't Gotten Over the Relationship

You might take orbiting to the next level, which is when you "like" your ex's posts about their cute dog or family vacation. You don't think it's a big deal because your breakup was amicable, but it can give them the impression that you're not over them or that you're keen on reigniting the flame in the future. You should ask yourself what you're hoping to achieve. If staying informed about their life makes you feel better about not having them in your life anymore, that's one thing — but it might be holding you back from living a better life without them.

Orbit at Your Own Risk If You're a Ghoster

Man Repeller states that orbiting tends to be done by people who previously ghosted you. The plot thickens! If you ghosted an ex and now you want to "orbit" them, this can be cruel. You might make them think that you're eager to get back together — why else would you be "liking" and reading all their posts? — which can cause them greater heartache if you're actually just keeping them around because you're battling to let go of the relationship or you're feeling guilt about your ghosting tactics. If you've ghosted someone, maybe you had a good reason. Maybe your ex was unstable and you feared a real-life breakup, which is understandable. But then all the more reason to cut your ties, no? If you ghosted, you should leave for good — there should be a rule for that to prevent things from becoming messier than they are.

Orbiting Hurts You More Than Your Ex

Orbiting is bad for your mental health. Research published in the Cyberpsychology, Behavior, and Social Networking Journal found that stalking your ex on social media increases longing for them, sexual desire, and mental distress. These should be decreasing after a breakup, otherwise you're keeping yourself stuck in the past. If you want your ex back, it's healthier to be up front about your intentions so you can deal with your feelings head-on and move on if your ex doesn't share the sentiment.

However, if you don't want them back, maybe there's another reason you're still checking their Facebook profile every day. Take some time to figure out what's really going on. You might be stuck because you fear moving on or you fear the uncertainty of your romantic future. But just think: the more time you spend longing for the rose-tinted relationship you had with your ex, the more time you waste on finding something better.

Reality check: if your relationship had been great and your ex is worthy of you stalking them online, you'd still be together. That in itself is proof that there's something better out there for you. Delete your ex and go follow that future instead.

Celebrity News
Yes, Hot People Get Cheated On, Too
by Taylor Andrews 5 days ago