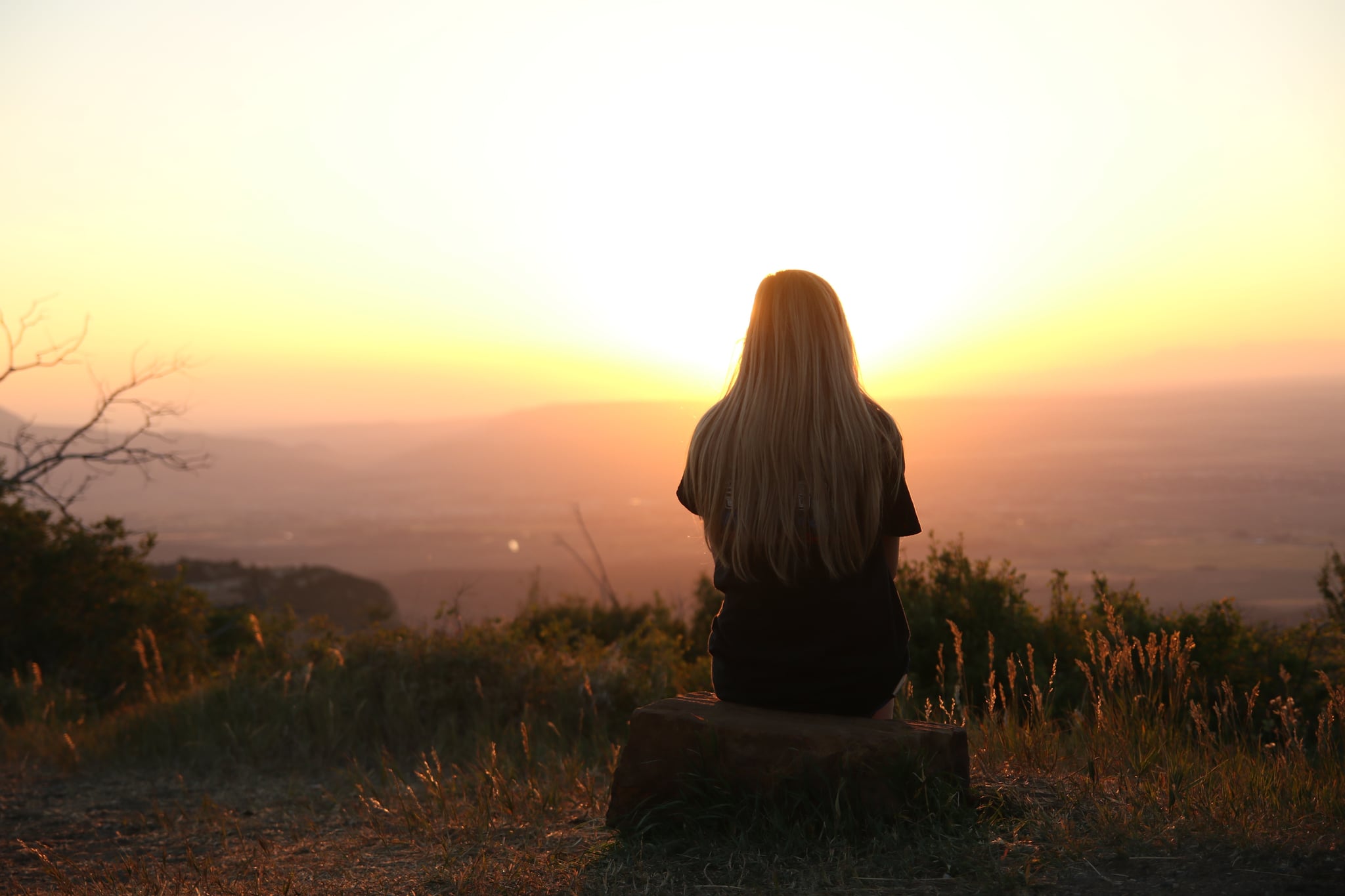 I'd gotten my heart broken many times before, but this time, it felt different. There was an amazing sense of clarity that came along with knowing this time — no really — this time was it. This was the last time I'd let the same guy break my heart, like he had been doing over and over again for the past seven years.

As I laid on the floor of my apartment and replayed my final words on the phone to him, I knew I'd truly meant it when I asked him to never, ever call me again. "If you care about me at all, let me move on," I said. And then I hung up on him, something I'd been doing for nearly a decade. It would be the last time, though, after years of being lied to, cheated on, and emotionally manipulated. Somehow it finally clicked in my brain: this is not the guy for you — even though I'd sworn he was the one. But "the one" wouldn't make me feel this bad. He wouldn't treat me like I barely mattered, and at last, I got it. That's why I'm so beyond thankful this guy broke my heart — although maybe not repeatedly — because after a very long time spent going back to him again and again, I knew what I needed in a relationship.

Related:
Why the End of the Honeymoon Phase Is Actually the Best

"Had I not fallen in love with someone totally wrong for me, I may not have known what a healthy relationship wasn't. It's not when someone cheats, lies, and makes you feel unimportant."

I was 19 and he was 20, and it was love at first sight for me. I felt like the luckiest girl in the world when he showed an interest in me, too. Of course, he showed an interest in a lot of girls, so I guess that should have been a red flag. But I was young, in love, and didn't have any way of knowing that his wandering eye and fear of commitment would torment me well into my 20s.

Back in college, we got serious quickly, or at least, that was my understanding of the relationship, mainly because we spent every waking hour together. During that time he told me he loved me more than anything in the world, but I guess not more than being with other women. After about a year together, I found out he cheated while on vacation, and I broke it off. That would be the first time he shattered my heart into pieces.

Right around the time I'd patched those pieces back together is when he'd call and swear he loved me, missed me, and would change. I wanted so badly to believe him. So I did. When he went off to graduate school, I wanted to make it work. I was still madly in love with him, so I "understood" when it took him a long time to return my calls and when he couldn't visit on a given weekend. Yeah, you guessed it. He was cheating again.

Related:
5 Things I Really Wish I'd Known Before Being in an Open Relationship

We broke up, and I began dating someone else. It would be years before we reconnected. I'd moved to New York City and he lived in Los Angeles. He got in touch and wanted to see me while he was on my coast. Why I agreed to a meeting, I'll never know. Probably because I was curious. Did I still have feelings for him? Of course I did.

Our weekend together left my heart yearning for another visit. So I traveled to the other side of the country, hoping for more. We enjoyed our time together and talked about a potential future, but he had his own life in California, and for now, it didn't include me. I left brokenhearted — again. Years of trying to get him out of my mind and my life for good proved unsuccessful. He'd always call or email and tell me he was thinking about me. And, like a fool, I'd go to LA to see him.

I got sucked into the mind games the last time when I was 26. Maybe I'd matured, or maybe I'd just reached my quota for bullsh*t. Either way, I'd just returned from a trip to see him and asked if he could come out to New York to accompany me to a friend's wedding. As per usual, he gave me a million excuses why it wasn't a good time. His friend was having a party. He was broke. Blah, blah, blah.

That was the day I finally had had enough. That day, I told myself I wouldn't date anyone who wouldn't put me first. I just wanted to meet a guy who was nice to me. Was that so much to ask? Turns out, it wasn't. A few weeks later, I met the man who would become my husband. He was the complete opposite of the jerk I'd dated for most of my adult life. He always called when he said he would. He listened to me. He was nice to me. He made it clear I was his priority in life. I never looked back.

Related:
7 Types of Kisses and What They Reveal About How Your Partner Feels About You

OK . . . I did for a minute. But only because one day, years after I'd gotten married, the ex reached out over Facebook to see how I was doing. I didn't respond, but what I found out later from a mutual friend is that he'd sent me that message on his wedding day! I couldn't believe it. I learned he got divorced soon after. All I could think was that I dodged a bullet, and that I am so grateful he broke my heart.

Had I not fallen in love with someone totally wrong for me, I may not have known what a healthy relationship wasn't. It's not when someone cheats, lies, and makes you feel unimportant. It's hard to believe I put up with being treated like that for so long. In a way, it was worth it, though. Had I not been overlooked and underappreciated, I may not have learned to value the little ways my now-husband has always made me feel so special.

Like how, on one of our first dates, he wanted to know all about me; where I'd traveled, what my dog was like, where I saw myself in 10 years. How he never shied away from making real plans for our future. How he did what he said he was going to do, and still does. And most of all, I never have to doubt his love or devotion to me.