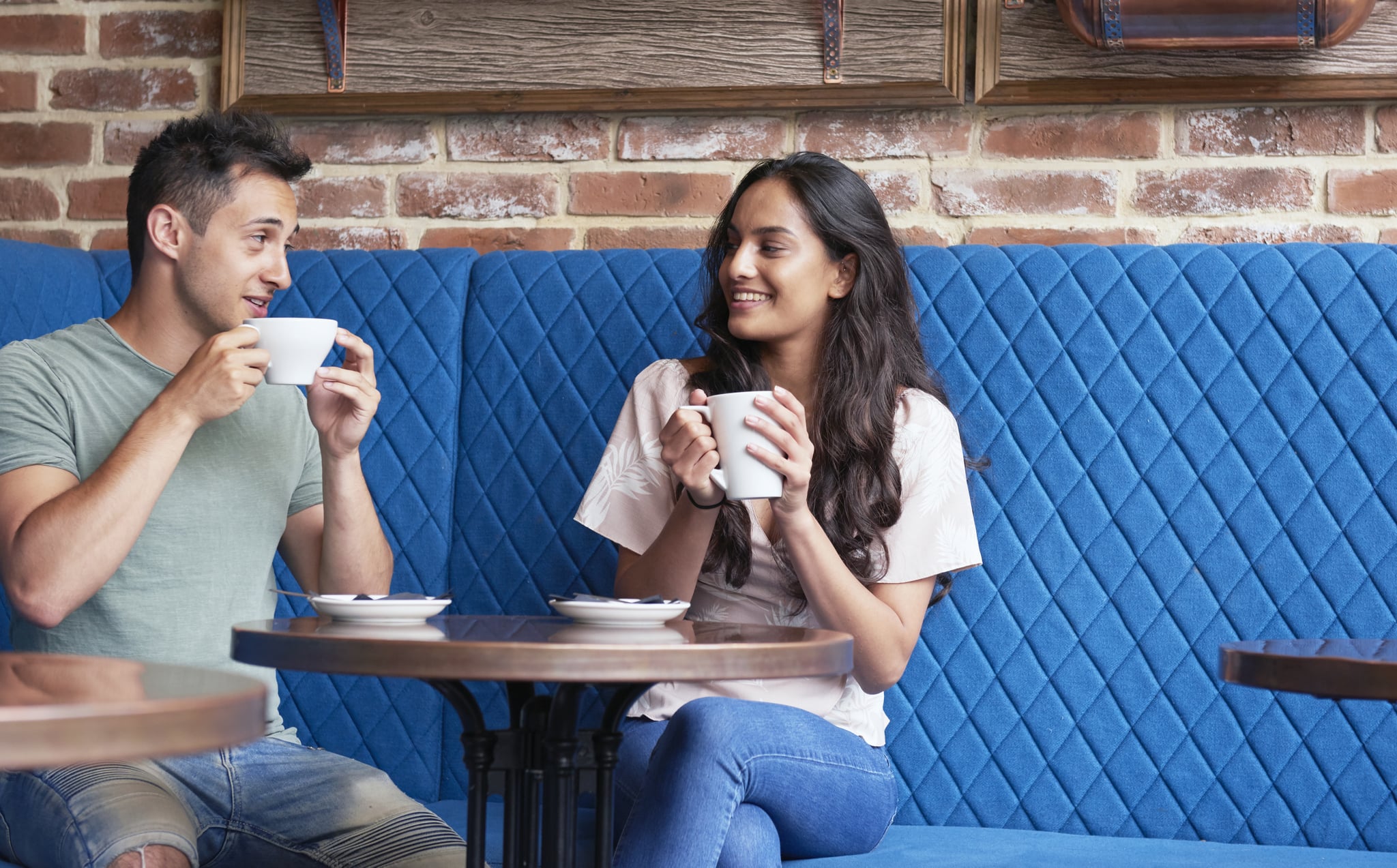 Four year ago I was so in love that it made my stomach hurt. He was my first boyfriend, so naturally, I was head over heels. Who cared if he lived eight hours away or if his mom didn't like me? He wrote me songs, sent me poetry, and gave me the most thoughtful gifts. Sheryl Crow said it best: "the first cut is the deepest," and I was dazzlingly, butterflies-in-stomach, heart-won't-stop-pounding in love.

But it didn't last. In a display of typical high school boyfriend behavior, he broke up with me over text message three days after prom. I'd decided not to go to college near him, and he said long distance wasn't sustainable for that long. It's a good reason to break up with someone, and in retrospect I'm glad he did it, but as far as I was concerned back then, the best days of my life were over. I'd never love anyone that much again — it simply wouldn't be possible. He was a coward for abandoning me, he was jealous of my achievement, and I hated him, yet I would've done anything to change his mind.

Related:
50 Things to Do Instead of Being Sad About Your Breakup

I was out of commission for months. My behavior was erratic and I'd lash out with no warning at the people who provided me with the most support. I spent my freshman year of college oscillating between the intense happiness of new beginnings and the horrible loneliness of a heartbreak that just wouldn't stop hurting. I started berating myself constantly: why wasn't I getting better? Wouldn't a normal person be over it by now?

But by my senior year, I was finally and completely over him. Somewhere within my four years at college, moving on just happened on its own accord. I didn't wonder anymore what I'd done wrong or why I wasn't good enough. I'd suffered much more difficult heartbreaks since then, which is the only sure-fire way to get over an ex, and if I ever did think of him, it was only to incidentally recall the good parts of our relationship, like that poem he'd copied into an old notebook or the name of the hiking trail where we'd had our first kiss. This, of course, was the perfect time for him to email me out of the blue and remind me of his existence. "Haven't heard from you in a while" was his reasoning. "Just checking in." I decided to one-up him — I had an upcoming job interview in his city, so I invited him for coffee. He offered to pick me up from the airport.

When he stepped out of his car to give me a hug, I was shocked. He looked exactly the same as he had four years before, right down to the haircut. I even recognized his t-shirt. I'd braced myself for agony on the plane ride over, remembering the constant pain I'd felt for nearly a year after we'd broken up, and I expected my heart to break all over again. But I was wrong. Seeing him again was earth shattering precisely because it was not earth shattering at all.

Related:
If These 5 Signs Sound Familiar, You're Dating the Wrong Person

Shortly after our somewhat awkward initial greeting, we got along like we'd never had a falling out in the first place. We'd dated for a reason, after all, and our conversation never faltered. We had a lot to catch up on, and we still had a lot in common. I spent my time with him trying to figure out whether he'd become the person I'd thought he would. In some ways he had — he was smart, successful, and sweet. But the things I'd loved about him in high school were things that made me covertly roll my eyes during the day we spent together. He hadn't outgrown his poetic bent, and behaviors that were endearing for a high schooler were melodramatic for a grown man. I imagined him writing me the type of sappy text he used to send and I cringed. (Then, of course, I remembered the sappy texts I'd sent him, and I cringed even harder.)

What I'm saying here is classic: time heals all wounds. But I really mean it. I loved him so much, yet in the years following our breakup, I eventually reached a place where my stomach stopped dropping every time I heard his name. I'd gone several years without succumbing to a crying spell over him, and I hadn't even noticed.

If you're going through something similar right now, no matter how much it hurts, it's possible — in fact, it's downright likely — that you'll be able to love again after an intense breakup. It might not even take that much effort; moving on may just sort of happen if you allow yourself enough time and patience. I'm convinced that the heartbreaks we accumulate will help us love new people just as deeply, but with some much-needed perspective about ourselves and the types of relationships we'd like to create. And hopefully you'll even be able to look back on your relationship and see it for what it really was: everything you needed back then, and completely wrong for the person you've become in the meantime.