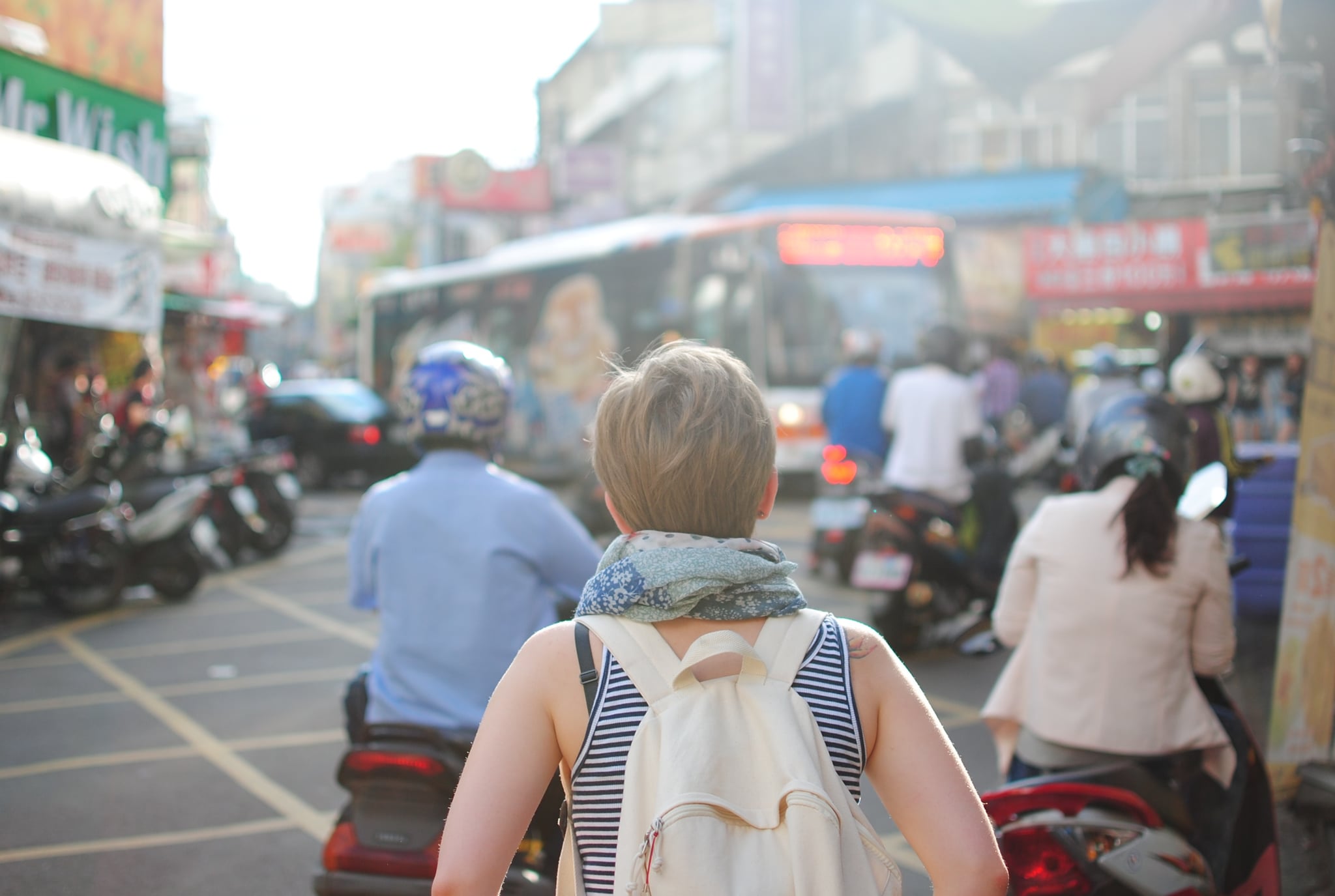 In April of 2018, my friend from high school invited me to her wedding in Germany, and I decided not only to attend but also to travel through Europe for three weeks after. While I thought about inviting other people at first, I ultimately decided to go by myself. It would be my first time traveling solo, and I was nervous, excited, and hopeful. And I was right to feel this way. The trip turned out to be one that changed my life.

At the time, I still thought of myself as a woman — although this definition didn't feel quite right even then — and I was frustrated by the constant discussion of where, when, and how women should travel. "Travel in groups, only in well-lit areas, text me when you get home safe, etc." Of course, I understood all too well the purpose of this sort of advice, but I also chaffed against it. I wanted adventure, intrigue, and mystery, and I set out to get it.

And get it I did.

I saw swans in Stockholm. I cried at the Berlin Wall. I ate my weight in bratwurst and drank alone at a beer garden. I went on a lengthy and overly caffeinated tour of Berlin's third-wave coffee shops and got hopelessly lost in the countryside of southern Germany. It was everything I had hoped for and some things I hadn't even realized I needed.

I no longer saw myself divided between who I was and how I had to present myself. I could simply exist as my whole self.

What I loved most of all was the anonymity. No one knew who I was or what I was or anything about me. Without the restrictions of external definitions, I discovered I had the power to define myself. By doing the things "women" weren't supposed to do and loving them, I realized something that had, until then, been bubbling beneath the surface: I am nonbinary. It wasn't only that I was a subversive woman, it was that I wasn't a woman at all. Or more correctly, I contained both the masculine and feminine within me.

You know that myth by Aristophanes about the origin of love? The story goes that way back at the beginning of time, people looked different. They were made up of two-in-one humans — two heads, four arms, four legs. These humans were so powerful that the gods became frightened and Zeus split them in two. (It's a fantastic song in Hedwig and the Angry Inch if you want to hear the full story.) While traveling alone through Europe, I finally felt that I understood this song not only as a statement about separate people but as a reflection on the wholeness that existed within me.

On the night of my friend's wedding, I took a long solo walk back to my Airbnb. I didn't have phone service, I was tipsy from the reception, it was dark, and I walked for over an hour. I was terrified . . . and it was the freest I've ever felt. My body, I realized, was my own. It existed outside of other people's expectations.

I spent the rest of the trip in a sort of euphoria. I went on to travel through Amsterdam and London, finally giving myself permission along the way to write my own future. I no longer saw myself divided between who I was and how I had to present myself. I could simply exist as my whole self.

When I arrived home in May, I hugged my cat, who quickly squirmed out of my arms and disappeared under the couch. Everything was the same and yet everything had changed forever.