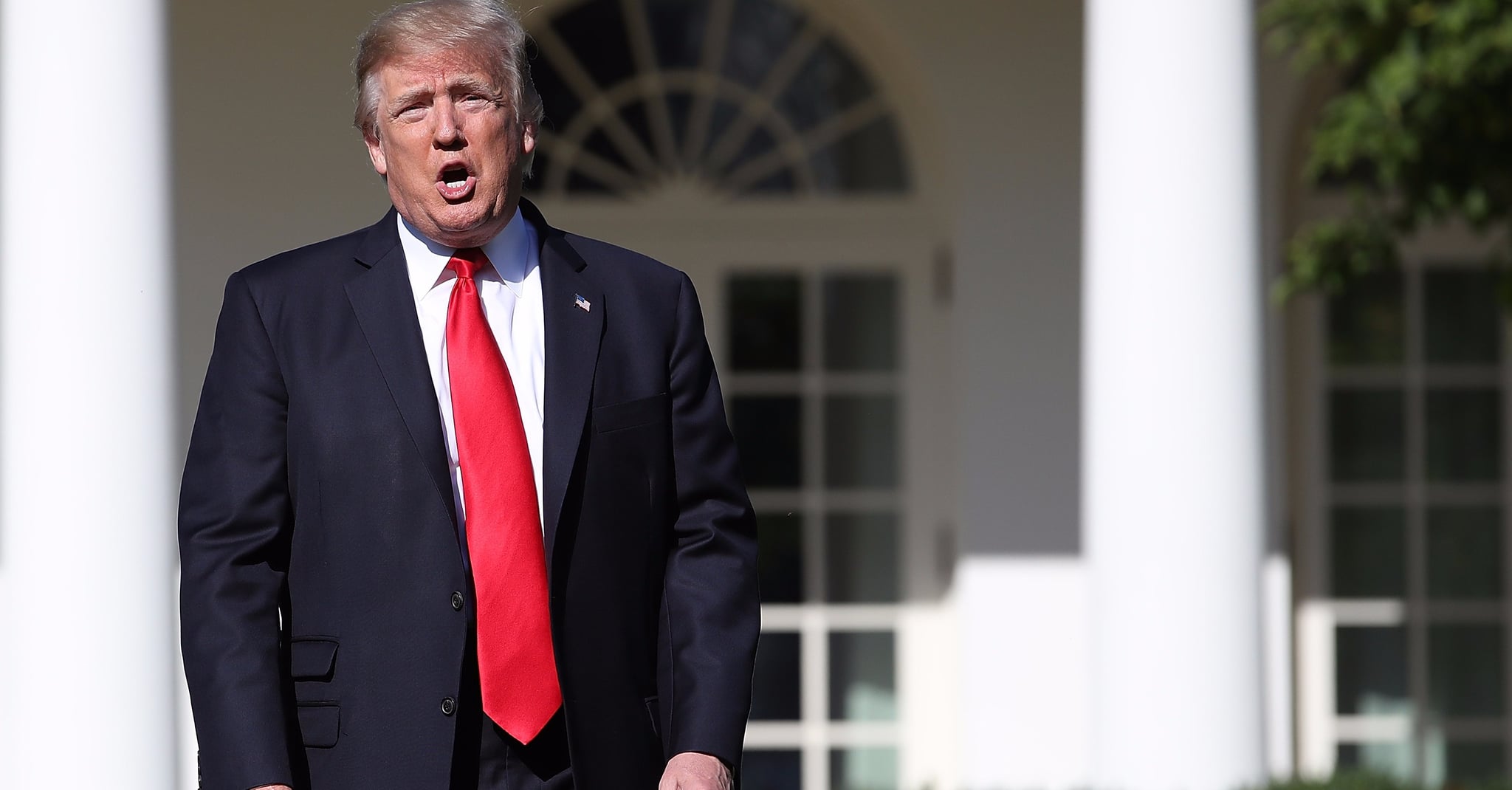 President Donald Trump unleashed yet another series of unhinged tweets on Sunday morning; one of them included a retweet of an edited GIF of himself taking a swing on a golf course and hitting Hillary Clinton in the back with a golf ball. The real footage of Clinton tripping while boarding a plane happened in 2011 when she was secretary of state. This comes after Clinton responded to Trump's "crooked Hillary" tweets earlier in the week. Trump attacked the former secretary of state over her new book, What Happened, in which she recalls how and why Trump won the election.

Social media quickly responded to Trump's bizarre and childish retweet, calling out how offensive and unpresidential it is to perpetuate violence as president of the United States.

You can't deny the gross violent misogyny in that clip Trump retweeted of Clinton getting hit by his golf ball.

Some Trump supporters defend the indefensible. Retweeting himself hitting golf ball at Hillary Clinton, not normal, adult or presidential. https://t.co/9XtZEHLVhb

Will the secret service treat Trump's endorsement of a video insinuating assault against Clinton seriously? Disturbing on top of immature.

The Secret Service should have a chat with him...He is promoting a violent act towards someone under their protection.

Why would any leader or any human condone violence against anyone? @IvankaTrump why aren't U standing for women? See what your dad tweets.

Totally disgusting that a president would engage in that kind of horrific behavior. As always, an embarrassment to our country.

Politics
How Supermajority's Jess Morales Rocketto Stays in the Fight — and How You Can, Too
by Lindsay Miller 8 hours ago

Protest
Ready to Protest? Brush Up on Your Rights Before Hitting the Streets
by Lisa Peterson 15 hours ago