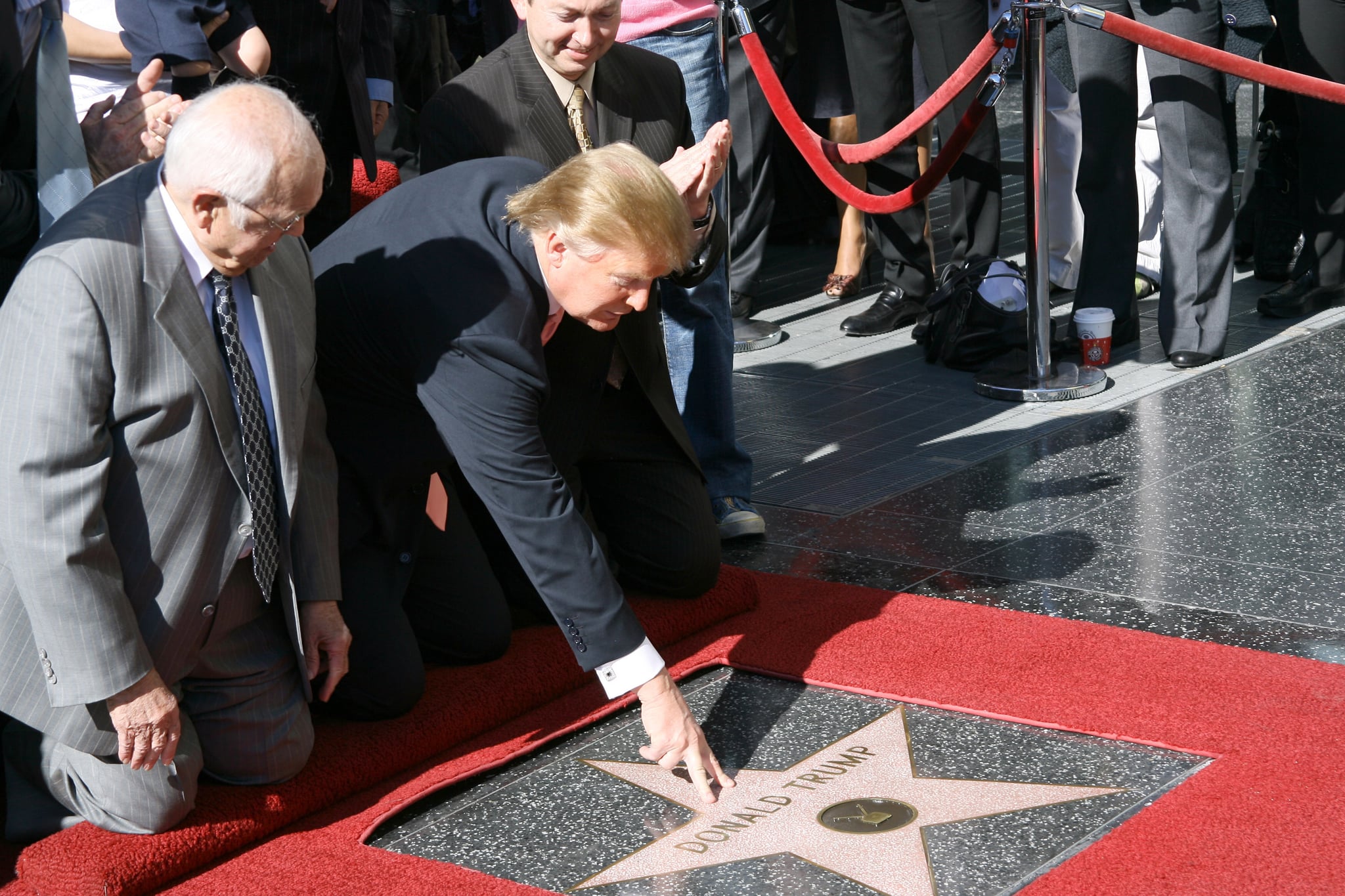 On Oct. 26, a man disguised as a construction worker vandalized Donald Trump's star on the Hollywood Walk of Fame using a pickax and sledgehammer. This recent act against Trump's star comes just a few months after another activist built a miniature wall around the star to symbolize the presidential candidate's comments on immigration reform.

Following the demolition of the star, the popular Twitter user who goes by the name of "Darth" decided to edit the photo of Trump's demolished star into a horror movie trope, in which it's really a portal to a dark and otherworldly place. The small hand emerging from beneath the star seems to throw shade at Trump's supposed hand size, and the caption — which reads like a typical scary movie tagline — imagines Trump coming back to haunt us even in the year 2020.

the RNC thought they were finally rid of him

Though the star has already been restored since it was vandalized, the tweet makes us a little paranoid about what could be lying beneath . . .

Related:
This Donald Trump-Inspired Food Truck Promises to Waste Your Time and Money
Donald TrumpPolitics2016 ElectionSocial MediaTwitterHumor
Around The Web