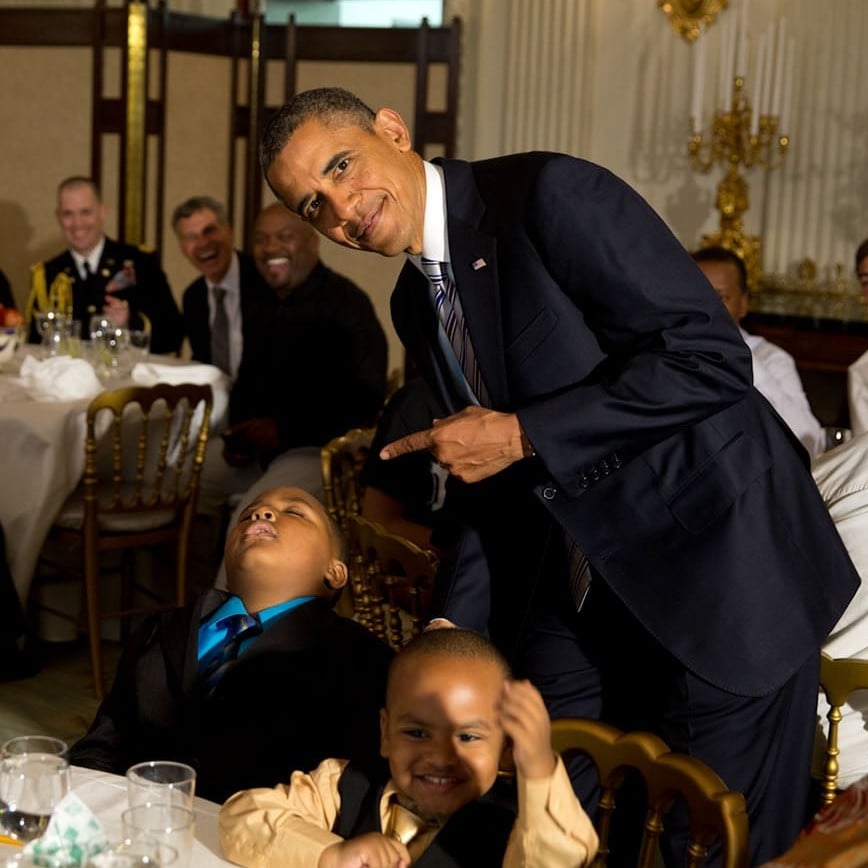 Candidate "likability" has been at the forefront of this presidential election — too much, if you ask me. As Oprah Winfrey said recently of Hillary Clinton, "She's not coming over to your house. You don't have to like her." Electing a president shouldn't be a personality contest; plenty of our best presidents haven't been particularly likable.

That said, we are coming off eight years with Barack Obama, who is arguably one of history's most likable presidents, and definitely one of the funniest. Whether or not you agree with his politics, President Obama possesses some of the finest comedic timing ever to hit the White House. He's been praised by comedians for his delivery, and The Washington Post called him the first alt-comedy president. He's also proving to be the most entertaining lame-duck president ever; now that he DGAF, Obama is spending the last few months of his term on a farewell comedy tour. Ahead, rewatch 10 of his funniest moments in recent memory.