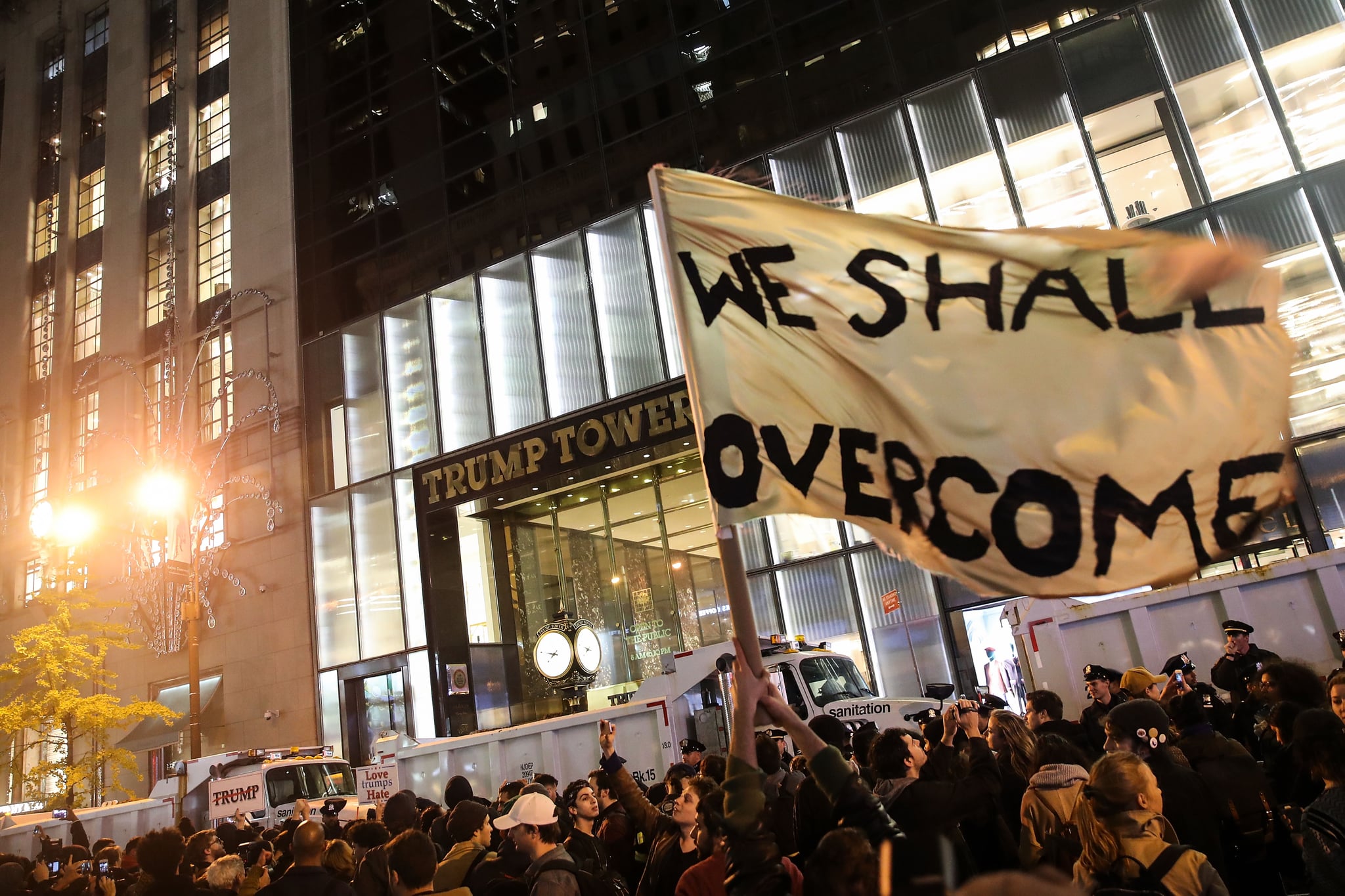 As a writer, the only time that I am ever at a loss for words is when something extremely devastating happens. I felt that way on election night. Shocked, angry, hurt, disappointed. The list of overwhelming emotions could go on. Now I ask myself, "How did we get here?"

As a country we have our fair share of problems, but I hoped that in this election we would stand on the right side of history and stand together against the divisions on which Donald Trump ran his entire presidential campaign. I hoped that we would prove, once and for all, that the bigotry and misogyny that Trump and his supporters espouse is unacceptable in a progressive society.

Unfortunately, many of us failed to take seriously the other half of the country who truly believed in his shameful rhetoric. Many of us assumed America was better than Trump and assumed there was no way he could ever be the leader of the free world. For whatever reason, we turned a blind eye to those who felt like they were already being ignored in this country. In return, they made their voices heard loud and clear with their support for Trump. I vow to never again turn a blind eye to hate.

I will always believe in a greater vision for this country because the future depends on it, but I will never be naive enough to believe that there isn't a space where pure hate, racism, sexism, homophobia, and xenophobia can win.

If the 2016 presidential election has taught me anything, it is that passion is a powerful motivator, and there is strength in solidarity. We must now rally behind leaders who share our values of freedom, liberty, and justice for all and help elect them into offices of power to make the necessary changes to become a country that is both inclusive and tolerant to every citizen residing in it.

I vow to do more, listen more, and fight back against everything negative that Donald Trump represents.

The good news is that post-election results show that millennials voted overwhelmingly against Trump and his bleak, regressive vision for this country. That gives me hope that we can still turn things around, no matter the outcome from election night. I will not be broken and I will not be silenced. I vow to do more, listen more, and fight back against everything negative that Donald Trump represents. I hope that anyone who feels defeated or hopeless during the next four years of his presidency is inspired and motivated to do the same.

My social media posts will likely be a bit more political, especially during crucial election seasons, like the mid-term elections where we get to elect our senators, governors, state legislatures, and congressmen and women into office. I encourage each of you to actively participate in the discussion and be informed about the decisions being made for this land. We have to be the change we wish to see, and the time for our revolution begins now.