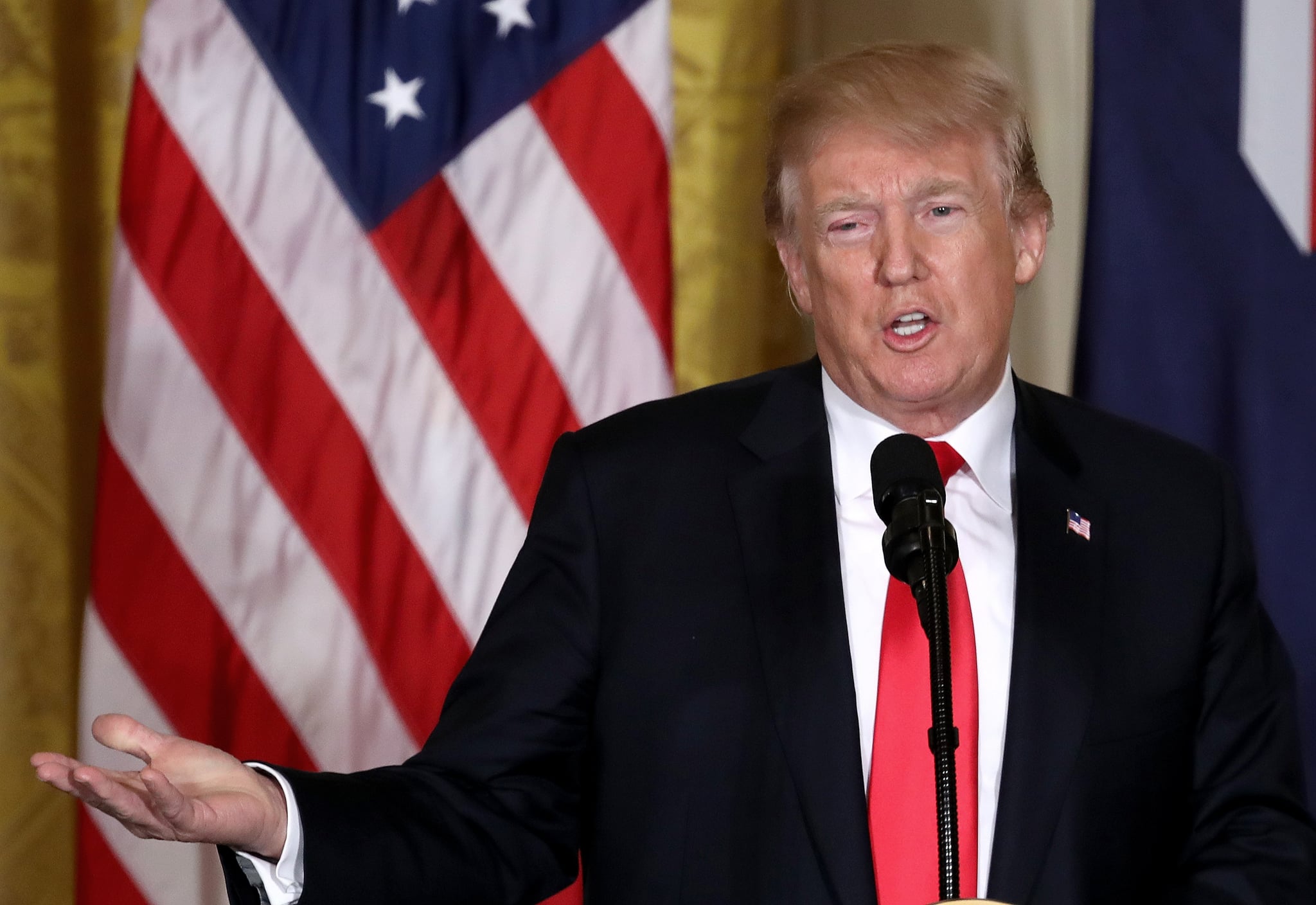 By now, you're (hopefully) familiar with Pete "Shade-Throwing Master" Souza, Barack Obama's photographer and a true American hero. The former White House employee is known for unabashedly criticizing Donald Trump via his Instagram account, where he takes digs at the POTUS every time he makes headlines for something negative (see: just about every day at this point). Needless to say, when Trump caused a kerfuffle with a particular statement regarding the deadly school shooting in Parkland, FL, Souza couldn't resist using it as fodder for yet another mic-drop-worthy takedown.

On Feb. 26, during a White House gathering of governors from across the US, Trump asserted that he would've run into the Florida high school to help students and teachers avoid the shooter. "I think, I really believe I'd run in there, even if I didn't have a weapon, and I think most of the people in this room would have done that too," Trump said, according to CNN. Hmm . . . something tells us this is a load of bogus, and apparently Souza thought so, too.

Soon after Trump's comments began circulating on the internet, Souza took to social media to call out Trump with a simple yet effective burn, as per usual. The photojournalist shared an old picture of Obama running up stairs and paired it with a caption that shaded Trump's physical fitness — or lack thereof, for that matter. "Back in the day when our President could run," he captioned the throwback snap.

Back in the day when our President could run.

BRB, shipping the White House a package of ice because Trump may need some for that epic burn. Souza 2020, anyone?